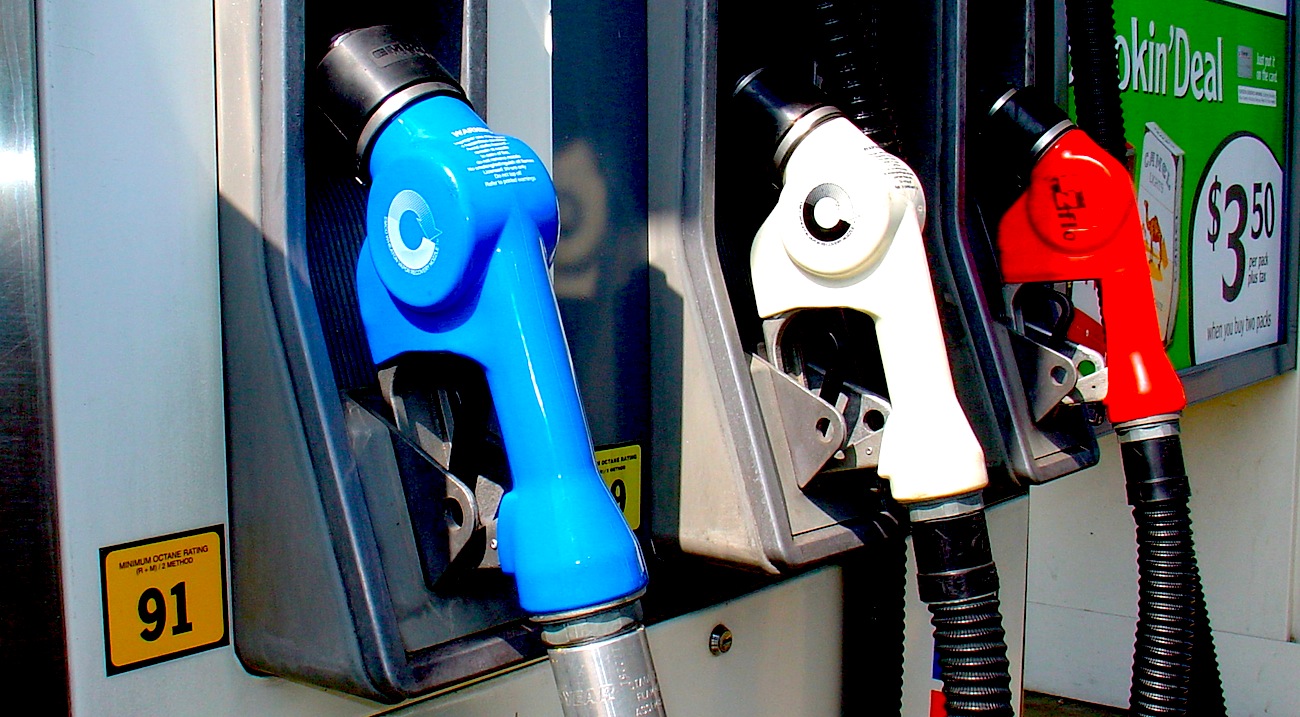 (1) Demand. The United States consumes about 20 million barrels of oil products per day. Of that, almost half is used for gasoline. The rest is used for distillate fuel oil, jet fuel, residual fuel and other oils. A barrel of oil contains 42 gallons. Those 42 gallons can yield 19 to 20 gallons of gasoline. In the United States, 178 million gallons of gasoline are burned every day.

(2) Sameness. Gasoline companies like to pretend that their gasoline is better than the fuel from the station down the street. It isn’t necessarily true. Your local Chevron station may sell gas refined by Shell or Exxon. Suppliers share pipelines, so they all use the same fuel. The only difference between one brand and another is the additives that they put in the refined gas — and these additives are mostly cleaners that reduce engine deposits.

(3) Gas prices. When you pump gas into your tank, that money is broken up this way: 14 percent federal tax, 10 percent refining costs, 8 percent marketing and 68 percent crude oil costs (and depending on the state you live in another big chunk in states gas taxes—California has the highest state gas taxes, which means they have the stupidest voters because they approved the ridiculous gas taxes at the ballot box). The gas station earns an average of 10 to 15 cents on a gallon of gas. It is important to note that when consumers in England pay $8 U.S. per gallon, they are still paying the exact same for a barrel of crude oil that Americans are paying — thus their higher prices are made up mostly of higher taxes. Brits pay $4.42 a gallon in taxes on every gallon of gas.

IT IS ESTIMATED THAT 90 PERCENT OF GAS STATION FUEL
PUMPS ARE INACCURATE.

(4) Measurement. Is a gallon of gas really a gallon? Maybe. The government’s weights-and-measures department is supposed to check pumps for accuracy, but there are only 600 weights-and-measures employees in the whole country (for approximately 160,000 gas stations). There are 17 states where fuel pumps are only checked once every 18 months. It is estimated that 90 percent of pumps are inaccurate.

(5) E10. There are many different blends of gasoline. The typical fuels that people are familiar with are regular, mid-grade and premium, but there are many other different blends—of which E10, E15 and E85 are the most controversial. E10 is a blend of 10 percent ethanol and 90 percent gasoline that is sold in many parts of the country. All auto manufacturers approve the use of blends of 10 percent ethanol or less in their gasoline vehicles. However, vehicles will typically go 3 to 4 percent fewer miles per gallon on E10 than on straight gasoline. E10 can be run in motorcycles. MXA’s gas can collection. The orange ones are four-stroke gas, the white ones are two-stroke pre-mix and  the metal cans are race gas. We race 7 bikes every weekend—just to fill them up the first time is 14 gallons.

(6) E15. E15 is an approved gasoline blend that contains up to 15 percent ethanol. Fewer than 5 percent of cars on the road are approved by their manufacturers to use E15 fuel, and no motorcycle manufacturers approve it. “Flex Fuel” vehicles can run E10, E15 or E85.

(7) E85. E85 is a blend of 85 percent ethanol and 15 percent gasoline and can be used in flexible fuel vehicles, which can run on gasoline, E85 or any mixture of the two. The current problem with using the 85 percent ethanol fuel in motorcycle engines is that ethanol tends to corrode the aluminum and rubber components of the fuel system. E85-certified cars have been designed with stainless steel parts and rubber hoses and seals that are not as sensitive to the alcohol’s corrosion.

(8) Reid Vapor Pressure. The different grades of gas are measured on a system of RVP, or Reid Vapor Pressure, which is measured in pounds per square inch (psi). The higher the RVP number of a particular gas blend, the easier it is to vaporize, and the worse it is for the environment. All gasoline blends have to be below 14.7 psi, which is average atmospheric pressure. Any number higher and gasoline would become a gas (vapor).

(9) Summer blend. During the summer, pollution is a concern due to increased levels of smog and ozone, which can harm the lungs. Summer heat boosts the formation of ozone, while the appearance of an inversion layer, an immobile layer of air, can trap pollutants in the lower atmosphere. Thus, stations have different blends in the summer and winter.

(10) Winter blend. Winter-grade gasoline uses more butane as an additive. Butane is inexpensive and plentiful, contributing to lower prices. Summer-grade fuel might still use butane, but in lower quantities (around 2 percent). Gas stations have until June 1st to switch to selling summer-blend gas. Following the summer-driving season, companies switch back to winter blends in late September.