Off the 125cc All-Star start it was Mike Brown (3) with the early lead.

The Washougal National held the fifth round of the 125cc All-Star race. On Friday there were two divisions of 125cc All-Star’s for qualifying. There were 56 125cc rider to be exact with 18 riders from each qualifier making it into the three lap 125 All-Star race on Saturday. The 125cc All-Star race on Saturday was held before the first 250 moto. Riders like Ryan Villopoto, Mike Brown and Wil Hahn were on the gate. Off the start it was the Husky TC125 of Mike Brown that got off to an early lead with Villopoto and Hahn in tow. Brown made an early mistake on the first lap and Villopoto got around him. Ryan pulled a small lead within the first two laps, but Brown reeled him in the last lap making for a close finish. Below are the full results from the fifth round of the 125cc All-Star race in Washougal. Ryan Villopoto took advantage of Mike Brown’s mistake on the first lap to take the lead and overall win. The 46-year-old of Mike Brown was a fan favorite. He can still mix it up with the kids. The Star Racing Yamaha team manager and ex-factory rider Wil Hahn crossed the line in third on his YZ125. 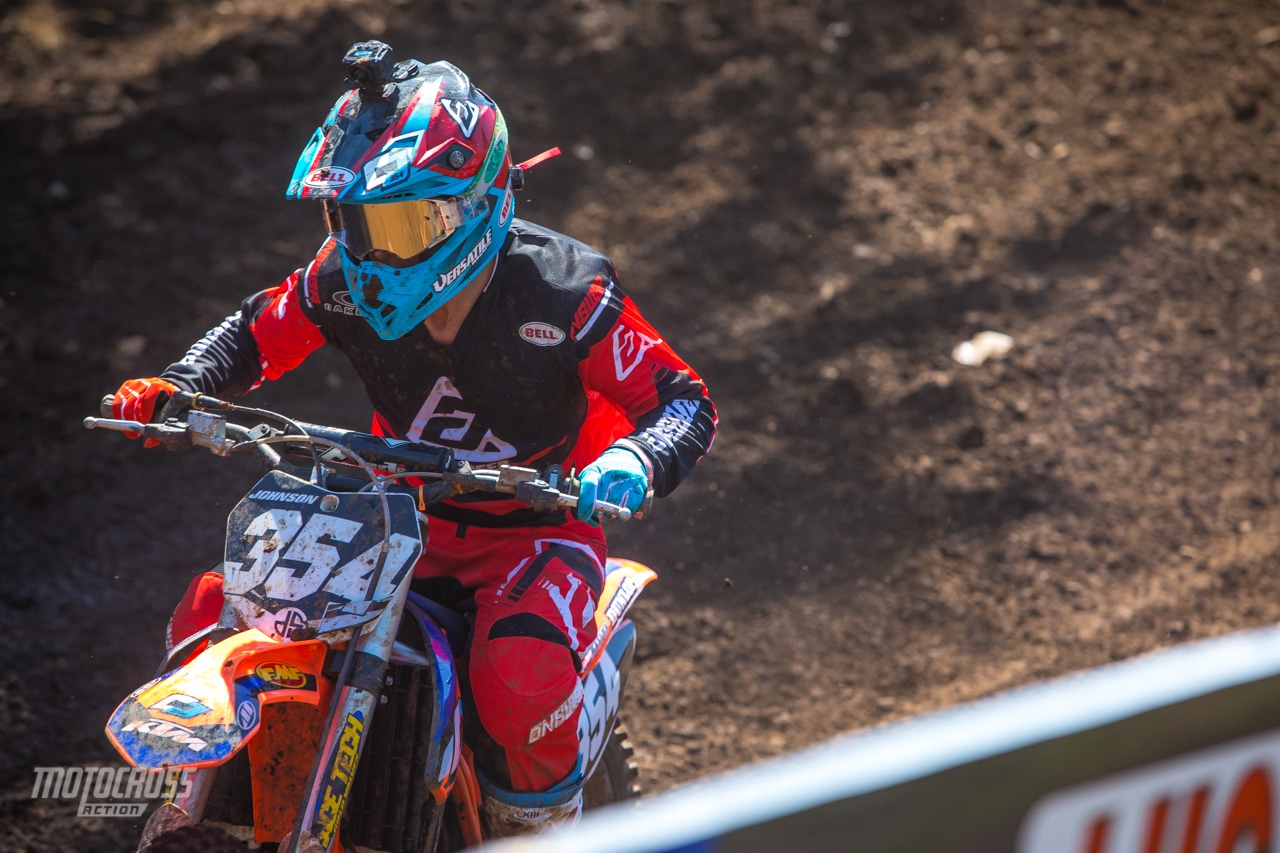 Ryan’s YZ125 up close and personal on the podium.