Eli Tomac is back for his second season on the factory Monster Energy Kawasaki team. He’s continuing relationships with Alpinestars gear, Bell helmets, and Oakley goggles. Tomac should kick off the new year ready to win. In 2016, Eli was behind the eight ball starting off the Supercross series, due to double shoulder surgery during over the summer of 2015. Will 2017 be Tomac’s year? One year ago Josh Grant didn’t have anything lined up, but for 2017 he’s racing for the factory Kawasaki team. Grant got the ball rolling at the Daytona Supercross on a Twisted Development Suzuki RM-Z450 and proved that he still has the ability to score podiums. Josh endured foot surgery this summer, but looks ready to roll in 2017. He’s now wearing Fly Racing gear. 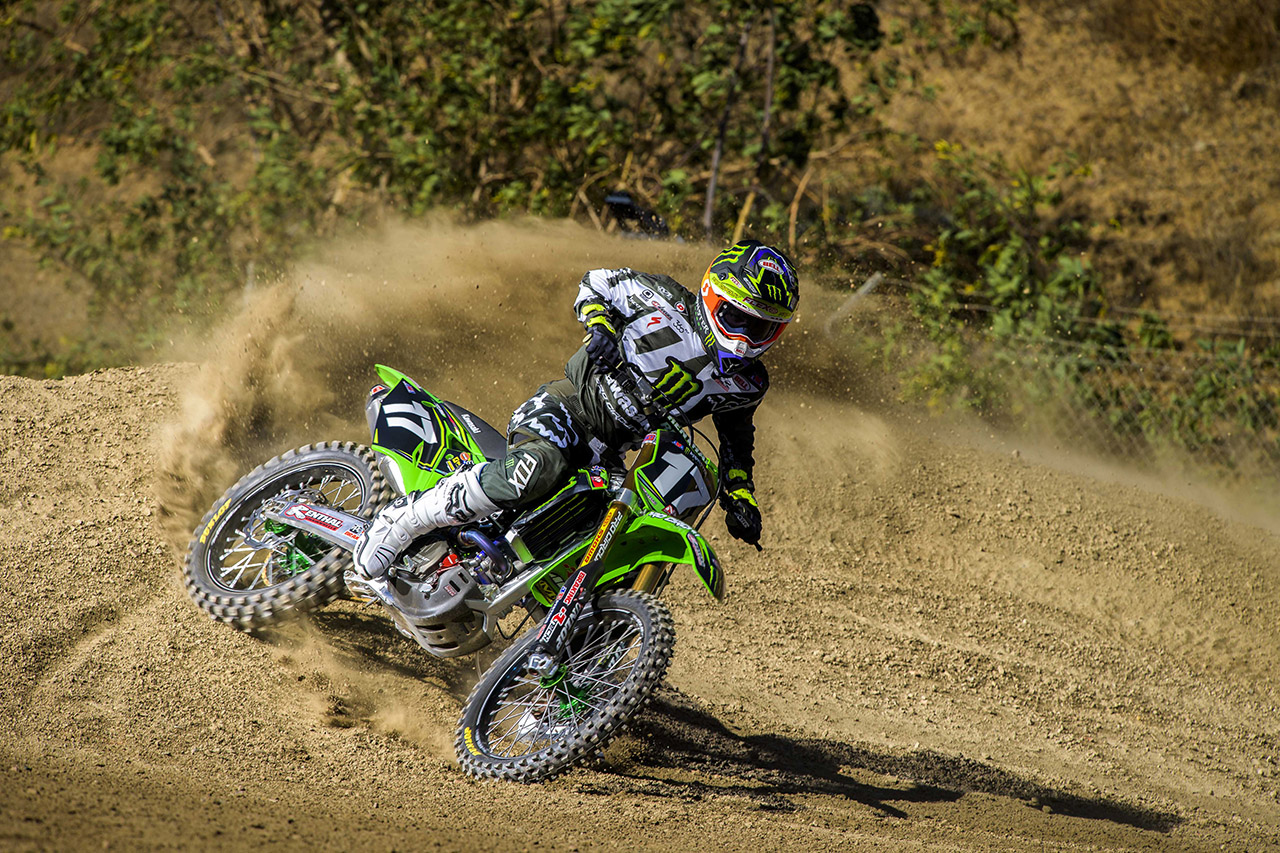 Joey Savatgy returns for a third year with Mitch Payton’s Pro Circuit squad. He nearly won the 250 West Supercross title in 2016 and would have been bumped up to the 450 class. Instead he has at least one more year of 250 eligibility. We’re speculating that Savatgy will race 250 East in 2017. Click here if you missed our recent interview with Savatgy. A lot of hype has been built up for Supercross rookie Austin Forkner, who won the Greensboro Arenacross in 2016, won the final 250 National at Ironman, and battled with Cooper Webb and Jeffrey Herlings at the Charlotte USGP. It wouldn’t be surprising if Forkner podiums his first Supercross. We think he’ll line up in the 250 West. The 2017 season will mark the fourth year for Adam Cianciarulo. The Floridian has been plagued with injuries his whole Pro career, but he has the speed to win races and fight for titles. Cianciarulo crashed at the Charlotte USGP and, according to rumor, he re-injured his shoulder. We’d bet that Adam will race 250 East with fellow teammate and buddy, Joey Savatgy. Justin Hill is back where he started his 250 Pro career–Pro Circuit Kawasaki. Justin is a proven Supercross winner. Our guess is that he’ll race 250 West with Austin Forkner. Every rider on Mitch Payton’s squad has won a professional race. It should be a good year for the Pro Circuit Kawasaki group, which means plenty of free pizza celebrations on Monday’s following weekend race wins.