Only 25 riders lined the MXGP gate in Bulgaria.

Jeffrey Herling is taking control of the 2018 MXGP series. He put another 1-1 victory in the books at the 17th round in Bulgaria. No-one will stop him and his 73 point lead unless he gets injured or is plagued with mechanical failures. The factory Honda rider of Tim Gajser finished second while Clement Desalle went 3-4 to round of the podium. 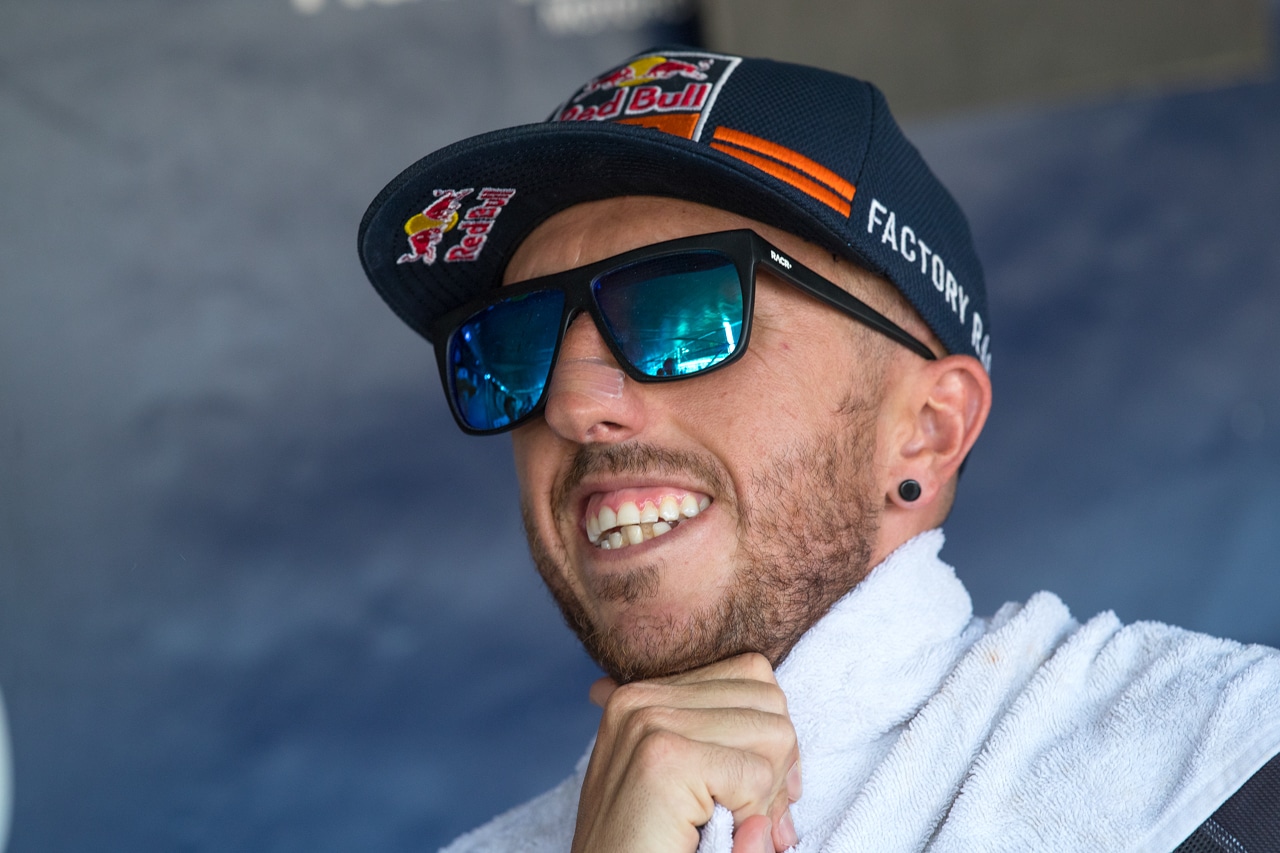 Tony Cairoli didn’t have the race he was looking for.

Van Horebeek stayed up but Anstie went down just in front of Red Bull KTM Factory Racing’s Antonio Cairoli causing the Italian to lose positions. Cairoli was 10th across the line during the first official lap and put a charge on but only reached 8th after passing his Red Bull KTM teammate Glenn Coldenhoff.

After Cairoli’s pass for 8th on lap 4 the top 9 remained the same for the entirety of the race. Anstie pulled off the track to regroup for Race 2 while Herlings took a 15.9 second win over Gajser, Desalle, Febvre, and Paulin.

Race 2 saw a renewed Cairoli take the Fox Holeshot but similar to Gajser in race one the lead was shot away quickly at the hands of the “Bullet” Jeffrey Herlings. Gajser backed up his strong ride from the first race running 3rd ahead of Desalle.

Van Horebeek fell on the start along with Wilvo Yamaha Official MXGP’s Shaun Simpson and Marchetti Racing Team KTM’s Jose Butron. Van Horebeek’s teammate Febvre was in 5th for the first lap and a half before crashing and dropping back to 8th.

Coldenhoff took over 5th once Febvre fell but had Anstie apply pressure from 6th. Anstie’s teammate, Paulin, only kept Febvre at bay for a single lap before he lost 7th. Febvre continued on to pass both Anstie and Coldenhoff which threw off the Dutch rider enough for Anstie to also move past a lap later.

At the finish Herlings topped Cairoli by just over 14 seconds with Gajser 3rd, Desalle 4th, and Febvre 5th. The overall win went to Herlings along with the full 50 points up for grabs. Gajser took 2nd and Desalle rounded out the podium while Cairoli just missed the box in 4th but more importantly lost 16 championship points to Herlings.

The series now heads to Turkey next weekend for the first time since 2009. Herlings’ championship lead is now 73 points with three rounds to go.

Jeffrey Herlings: “I had 2 great races, yesterday started off good and then today in the first race I was behind Tim who had a good start and I got around him pretty quick, then managed to ride my own pace to take the win. In the second race it was similar but with Tony. We are already looking forward to Turkey in 7-day time.”

Tim Gajser: “I am really happy to be back on the podium after missing it for a couple of GPs. I was feeling good today and also with the team. During the weekend we made some changes with the bike and today it payed off.”

Clement Desalle: “A podium is really consistent and is good to be here this season. I was on the podium last weekend in Switzerland and now again here. I had 2 good races and my riding was good but we have to keep working.”

WATCH THE PORTUGUESE 250/450 GRAND PRIX IN UNDER 7 MINUTES