The 14th round of the FIM World Championship in the MX2 class was an interesting one. The Czech Republic track was challenging. The two KTM riders of Jorge Prado and Pauls Jonass have had a championship series fight all year long. They came into this round tied in points. Prado stepped up and  took the points lead by going 3-1 and taking the overall. Prado now has an 11 points lead with six rounds to go. Factory Honda’s Calvin Vlaanderen was second and Husky’s Thomas Covington rounded off the podium. 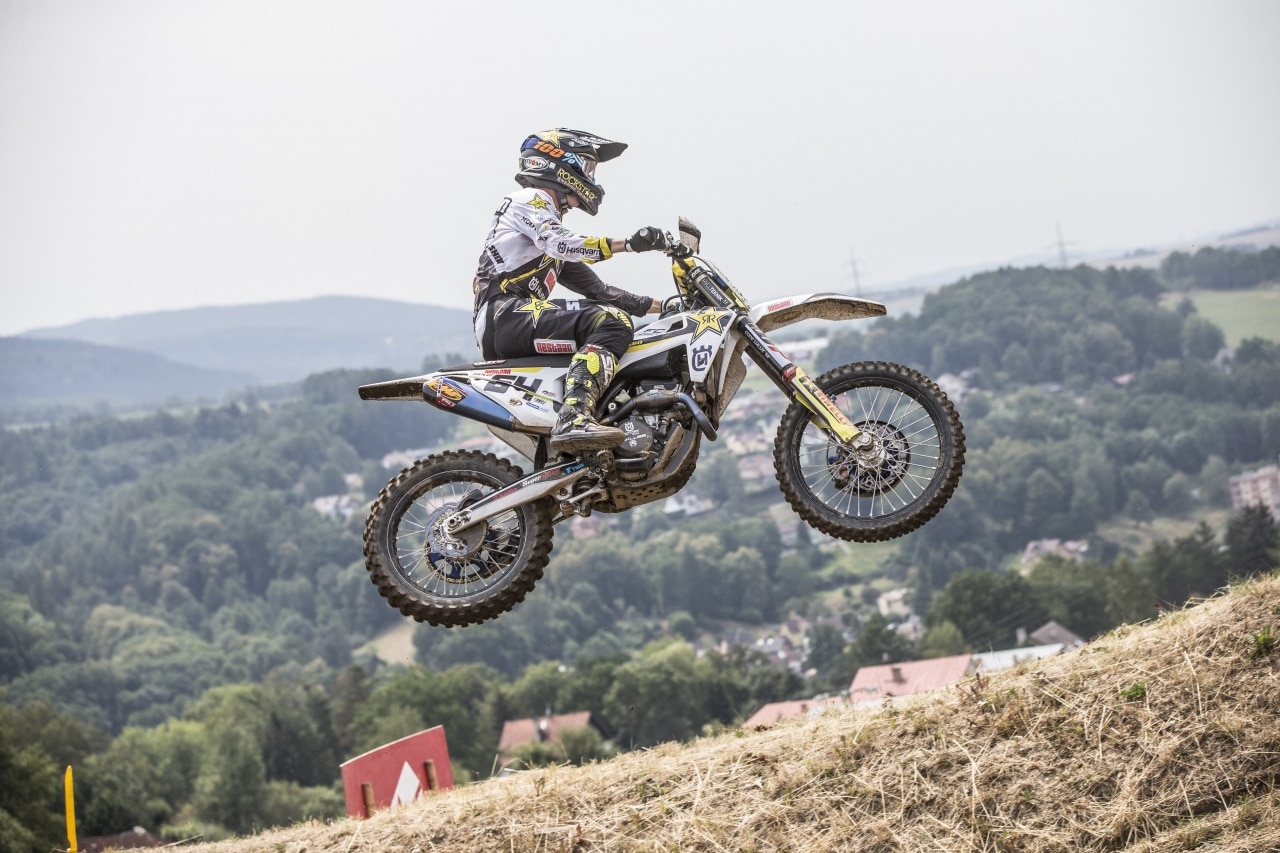 Pauls Jonass didn’t have the day he wanted. The 2018 MXGP of Czech Republic is the 14th round of the series and is held at the Loket track. The MX2 Saturday qualifying race in the MX2 class was won by American Thomas Covington who will be racing in USA full-time next year. The two KTM riders, Pauls Jonass and Jorge Prado who are tied in points coming into Sunday’s race did not fair well in qualifying. Prado placed 10th while Jonass was way back in 16th. Second place went to the Yamaha rider of Jago Geerts while Thomas Kjer Olsen rounded off the podium

WANNA WORK IN THE MOTORCYCLE INDUSTRY? THOR IS HIRING FOR…