Ken Roczen is looking to stay healthy and attain the 2019 Supercross 450 crown.

The 2019 Monster Energy Supercross season is here. After what seemed like  a short offseason, the world’s best Supercross racers are ready to kick-off the 2019 season in Anaheim inside Angels stadium. The press conference was exciting as it seems that yet again we have “the most stacked 450 class ever.” With the addition of 450 rookies, Aaron Plessinger, Justin Hill, Joey Savatgy and Zach Osborne (Zach will miss a few rounds due to injury) the already fast premier class has gotten even faster. With Osborne missing from the press conference, there were 11 top caliper riders in attendance, it was hard to imagine that one of them wouldn’t finish in the top ten. Will Eli Tomac stay consistent for 2019?

The press conference had a prestigious feel to it as the room was packed with cameras and the who’s who of Supercross. You could hear it in their voices that each rider was nervous and excited for the gate to drop, we have a clean slate right now, the points are tied at zero. All 11 riders in the press conference desire to be the new number one. Jason Anderson looked comfortable with red backgrounds and the number 1. The red plate automatically goes to last years champion at Anaheim 1. Whoever wins in Anaheim will earn the points lead and the red plate for round two at Glendale. Justin Brayton is excited for the 2019 season, out of all the riders at the press conference he seemed to be the most relaxed and confident. Justin raced nine times during the normal riders “offseason” and he stated that he considers Anaheim 1 to be his 10th race of the season because he’s counting the races he competed in overseas as the beginning of his 2019 season. We recently interviewed Justin and he went into detail about his offseason, click here to read Brayton’s MXA interview. It was weird to see Ken Roczen sitting in the second row at the press event, but it was cool to see him dressed up in a red suit again. 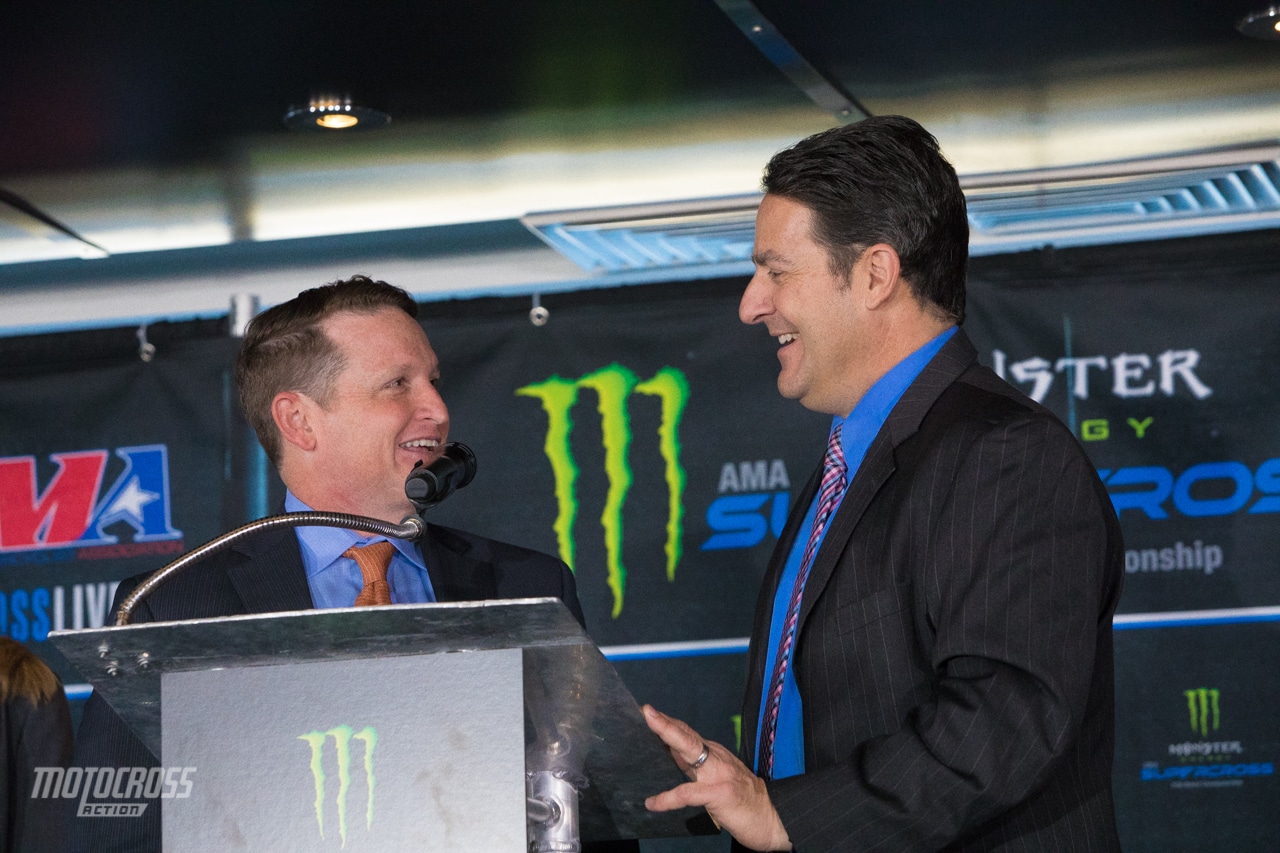 Ricky Carmichael and Ralph Sheehan will be the two in the both commentating for the entire 2019 Supercross season. Ryan Villopoto was in attendance. Dean Wilson, Justin Hill and Kyle Chisholm checking out the track before they head out for two ten minute press riding sessions. 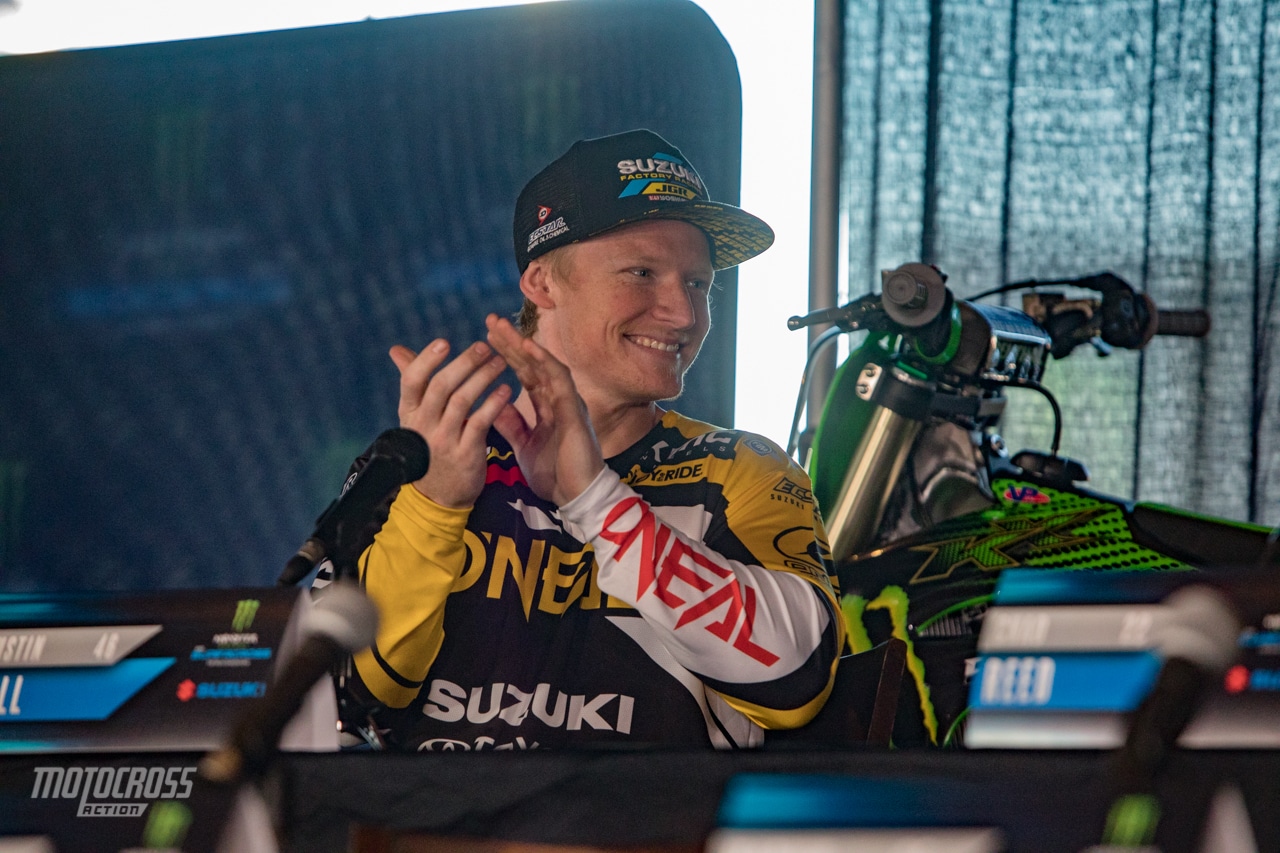 Justin Hill is very happy to be riding the 450 full-time for the 2019 season. In 2018 Justin brought the JGR Suzuki team a Supercross win in the 250 class at San Diego and he raced select 450 rounds on the East Coast. At the Tampa Supercross race Justin was battling for the lead in the 450 class before going down. We are excited to see how Justin does now that he’s on the bigger bike full time. Blake Baggett wanted to spend his off-season under the radar so he stayed at his home in Florida and practiced there. 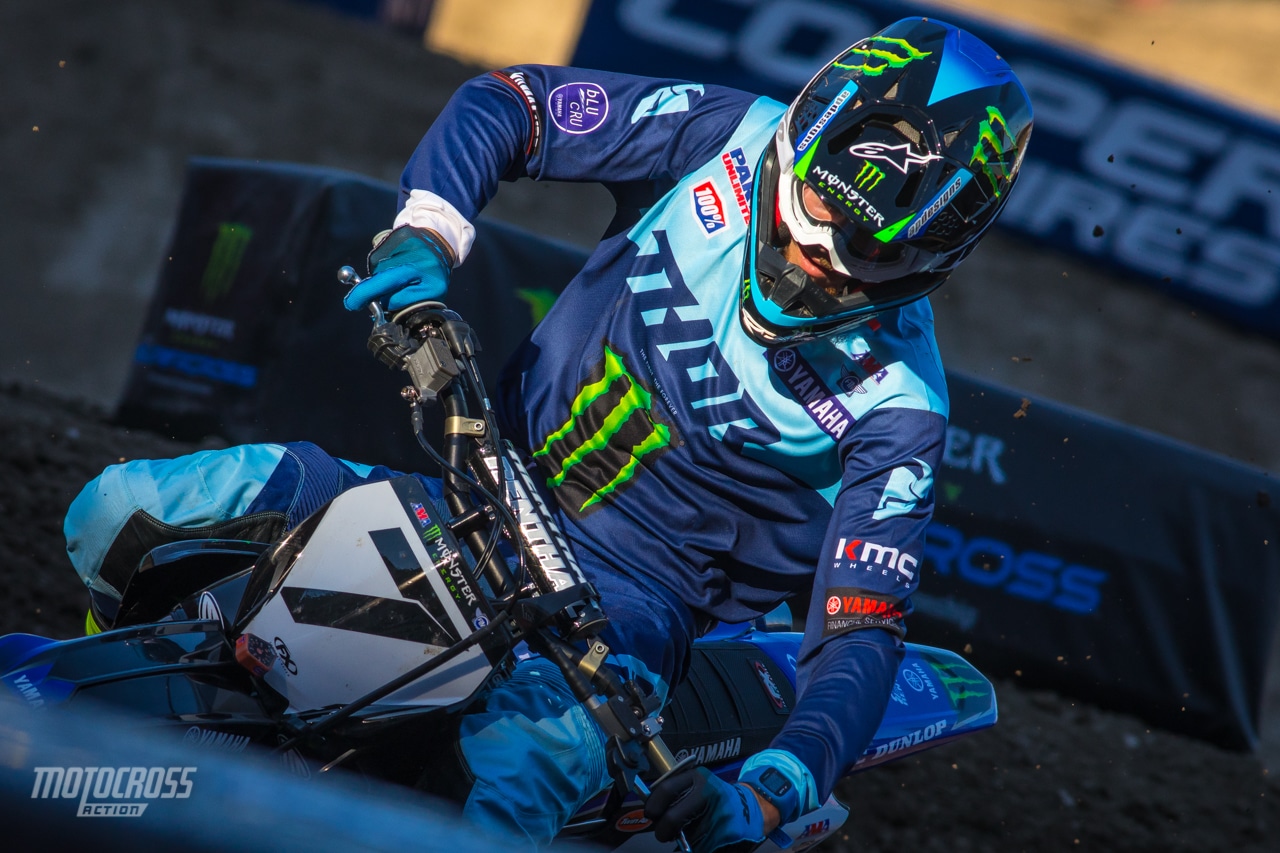 It was weird to see James Stewart’s number on a new rider. Now the number 7 belongs to Aaron Plessinger and it will be Aaron’s number for the rest of his career. Justin Barcia also sounded confident and comfortable in the press conference. He also stated that he enjoys having Aaron Plessinger as his teammate. It’s awesome to see Cole Seely back on the track after a tough hip injury in 2018. If Chad Reed qualifies for the main event at Anaheim 1 he will beat Mike Laracco for the record of most main event starts in a row at Anaheim with 18. Joey Savatgy looks to start his first 450 season right where he left off at Monster Cup in October. Marvin Musquin is another top contender that will be fighting for the number 1 plate for 2019. Dean Wilson is not on the full Factory Husky team like he was last year. He will start out the season as a privateer as he will be looking to prove to teams once again that he deserves that factory ride. 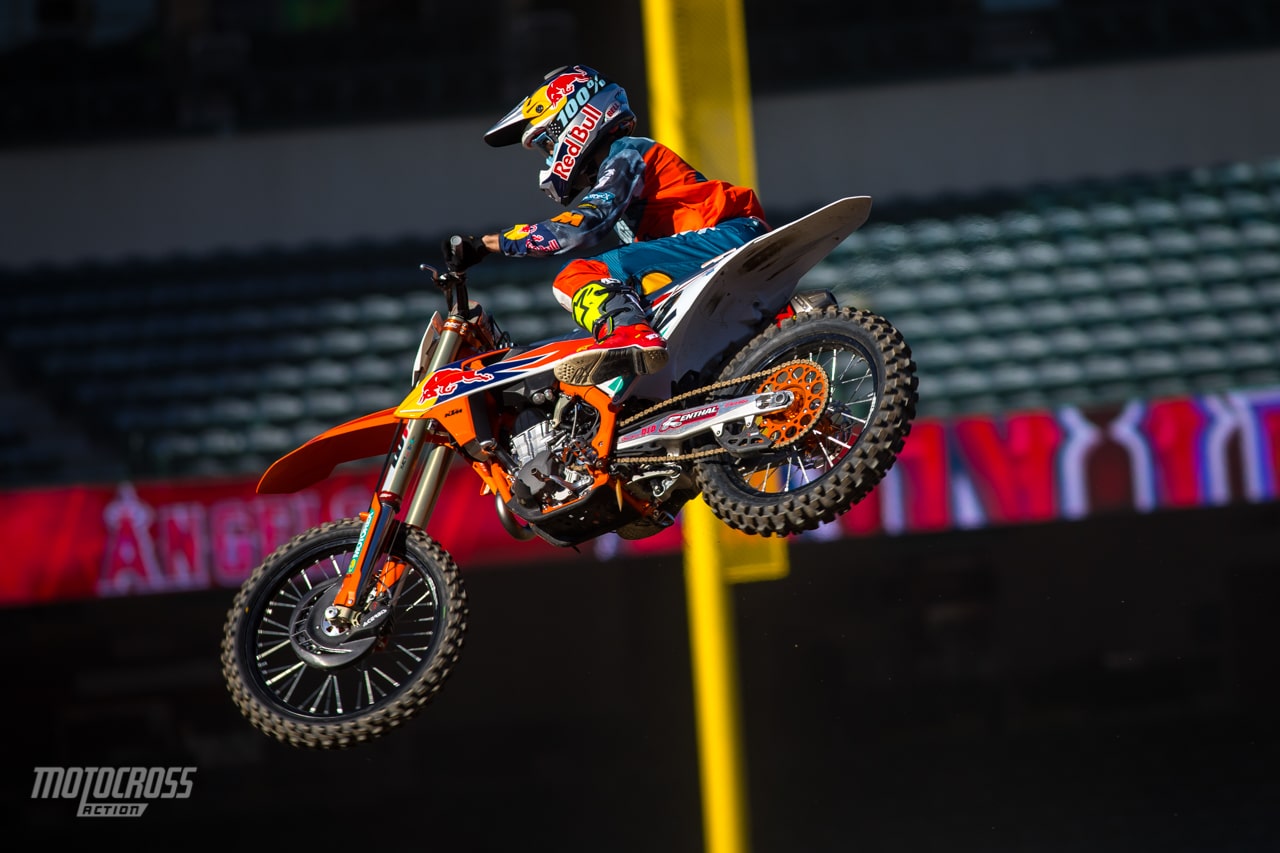 Cooper Webb had a good off season heading into the 2019 Supercross season.