2019 ATLANTA SUPERCROSS | BEST IN THE PITS A look down at the Atlanta Supercross pits.

The ninth round of the 2019 Supercross series is in Atlanta, Georgia. The track is located inside the Mercedes Benz Stadium where the the Falcons play. The weather on race day calls for temperature in the lows 60s, with some cloud cover.

This round is exciting as the East and West 250 riders match up with each other for the first time this year. These rounds are where the riders can gain or lose a lot of points in their division. We had our photog, Brian Converse takes a stroll through the Atlanta pits to see how things are shaping up. Enjoy. This is a number we haven’t seen in a while. Mike Alessi fills in on the Smartop Moto Concepts team where his dad Tony is the team manager. We are excited to see how he does. The last time he lined up for a 450 Supercross race was in Detroit of 2017. What fantastic organizing and color coordinating inside a Pro Circuit mechanics toolbox. Cooper Webb has a six point lead over Ken Roczen heading into the night of racing. 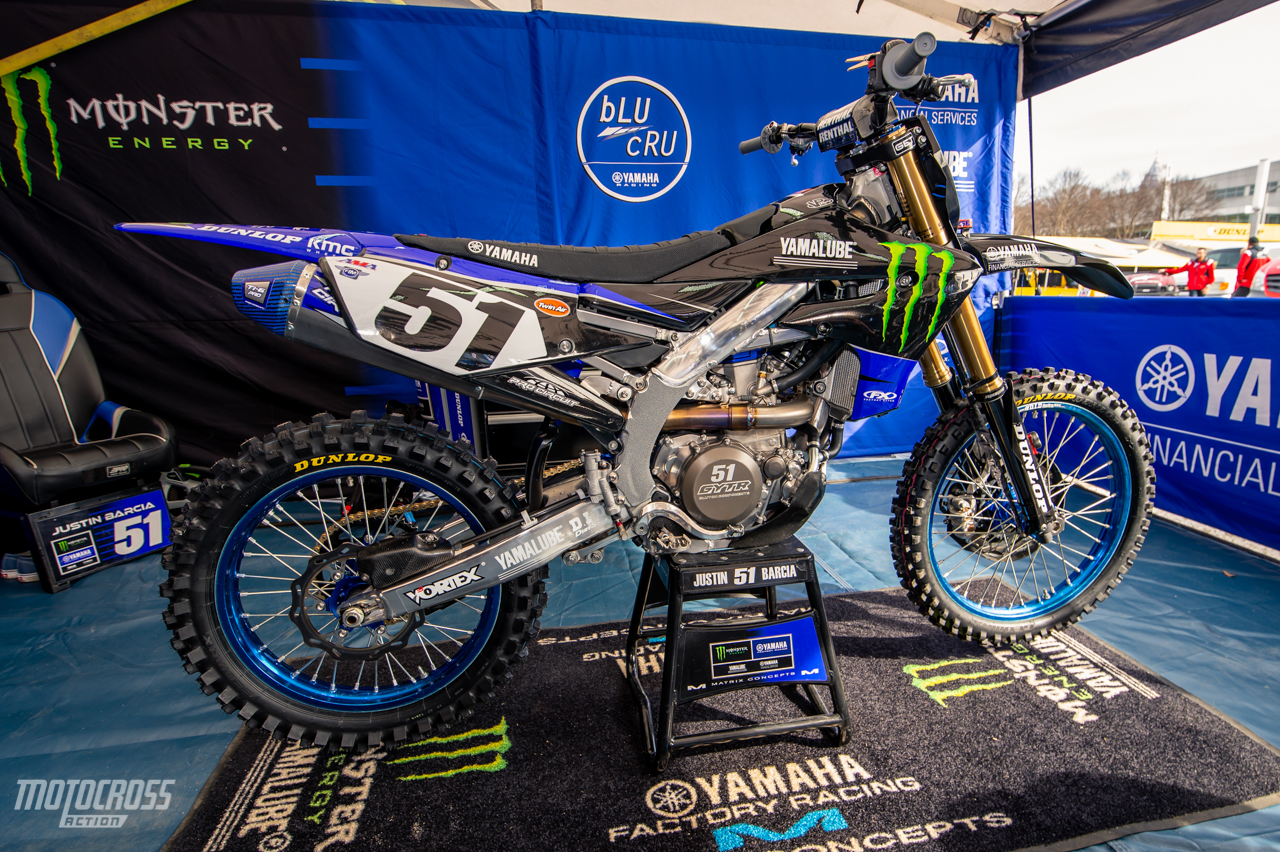 Justin Barcia’s Yamaha YZ450F is a spectator tonight as Barcia was injured earlier in the week. Underneath the Geico Honda rig is more bikes than usual as they have both their East and West coast riders racing. Christian Craig’s Geico Honda has been lonely this season. Who will be the East/ West champ this weekend? Many bets are on this guy Austin Forkner as he has been so dominate. The Rocky Mountain teammates of Justin Bogle and Blake Baggett. Joey Savatgy has been riding well for a first year rookie. 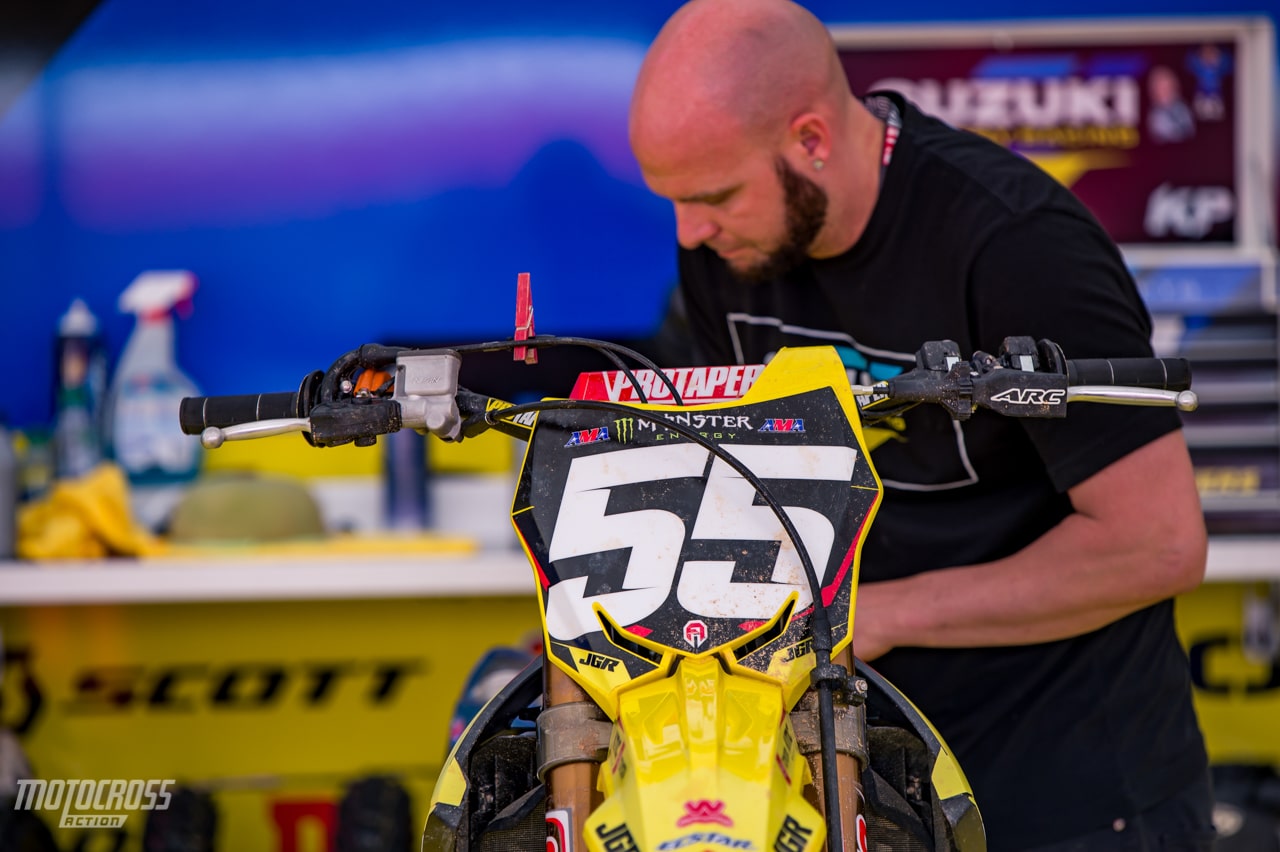 Eli Tomac got his first win under his belt last weekend in Detroit. Can he keep the ball rolling? 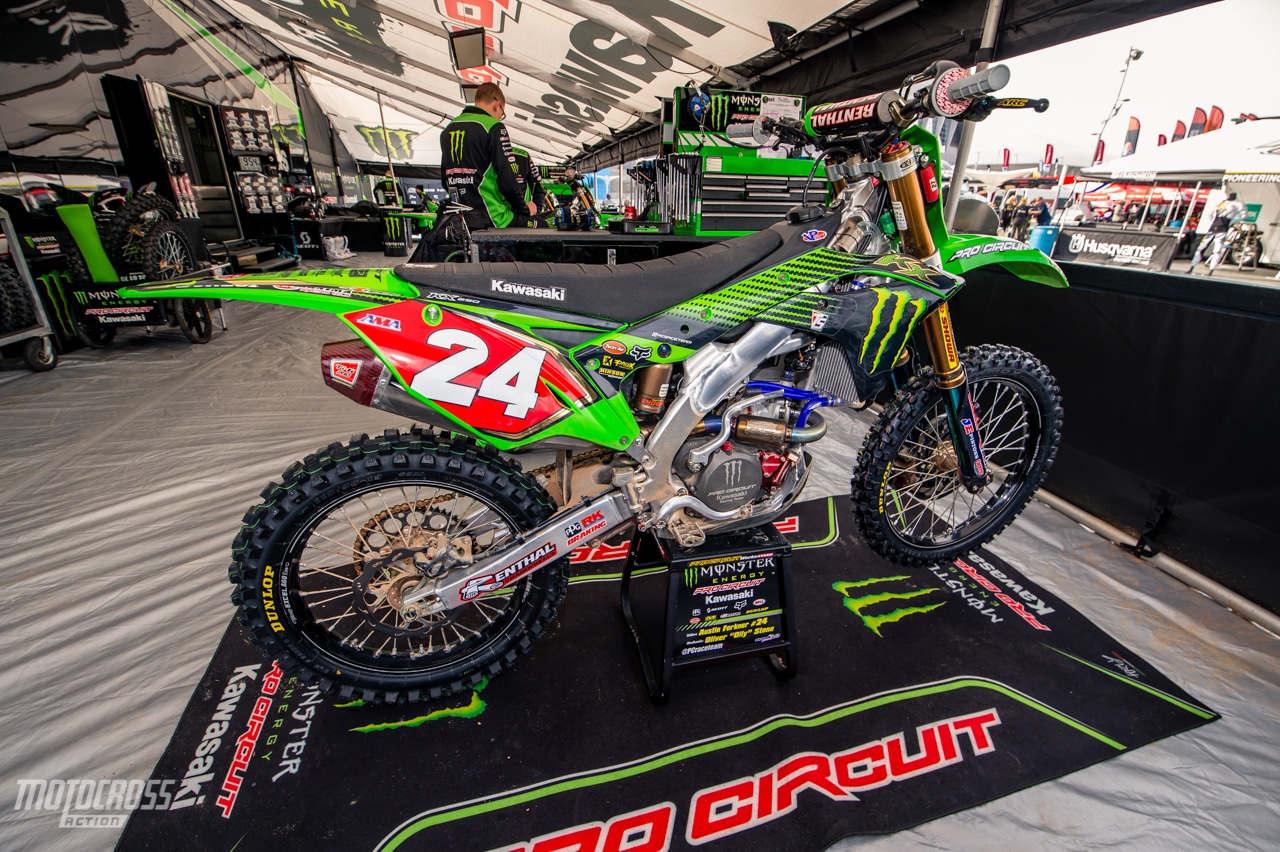