Eli Tomac set the wold on earlier in 450 qualifying by being the only rider to drop his lap time into the 1:09 range.

Daytona SX marks round 10 of the 2020 AMA Monster Energy Supercross series. The series is getting exciting as Ken Roczen and Eli Tomac were tied for points coming into Daytona. However, Eli hasn’t been making many friends along the way. Last weekend in Atlanta, Tomac had a run-in with both Blake Baggett and Justin Barcia. All the while Roczen had a runaway lead winning easily. But you can’t count out both Justin Barcia and Cooper Webb who sit third and fourth in points for the championship. Barcia has been trying to play the nice guy and gain consistency while Webb, the pit bull that he is never says die. Eli Tomac has the best odds of winning. He was the fastest rider in qualifying and he has won Daytona three different times. This outdoor style Supercross track has always suited him well. Here is how the Daytona SX went down for the 450 class. 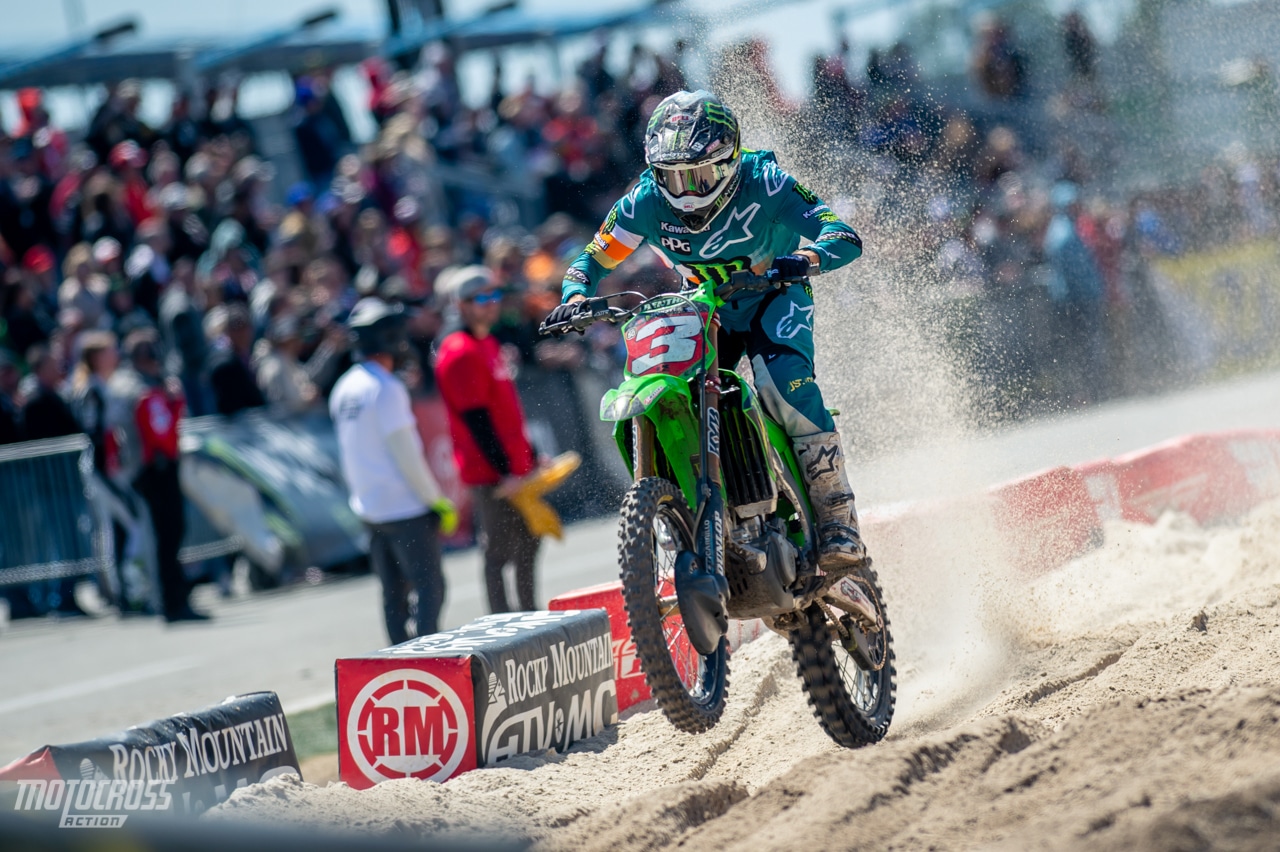 It was Chad Reed who got the 450 heat race 2 holeshot! Cooper Webb, Jason Anderson and Eli Tomac quickly moved past Reed. The top three riders checked out with a 11-second lead. Vince Friese got by Reed for fourth. Jason Anderson started to put pressure on Webb but it wasn’t enough and Webb wins the second 450 heat race! TOO BUSY? SEE THE 2020 DAYTONA SUPERCROSS 450 HIGHLIGHTS IN UNDER 60 SECONDS