2020 OAKLAND SUPERCROSS | FACES OF THE STARS AND TRACK CHANGES

Before practice and qualifying get under way at the 2020 Oakland Supercross. The riders, mechanics, team managers and Chad Reed VIP participants hit the track to check it out and see what’s in store for round five of the 2020 Monster Energy Supercross season. This year, riders immediately noticed that there was a single added to the track after press day. In case you haven’t seen it yet, Jason Anderson and more launched a huge double into the sand section. Sadly, it doesn’t look like they’ll be able to jump the double today. But that is probably for the best to keep the riders healthy and the racing close. Riders and crew members on track walk also noticed the new dirt inside the Oakland Coliseum. We thought it was completely new soil brought in for 2020, but after talking with the Dirt Wurx crew we found out that the same Oakland dirt that has been used for years was cleaned up for 2020. Kirk Kitchen and his team spent two and a half weeks screening the dirt in the Oakland parking lot, sifting out all the rocks. After walking the track, it was very hard for us to find any rocks out there. Changes were made to the track after Jason Anderson and more were launching this double during press day.

This section was meant to be two wall singles to slow down the riders as they went into the sand section, but on Friday during the press day riding, Zach Osborne, Mitchell Oldenburg, Jason Anderson and a few others were launching off the first wall and landing in the sand on the back side of the second wall jump. The Dirt Wurx crew told the riders that if they jumped it as a double, they would change it for Saturday’s race and the riders still went for it. Check out our video of Jason Anderson launching it here. The Dirt Wurx crew added this small roller before the first wall jump to slow the riders down and stop them from doubling it. 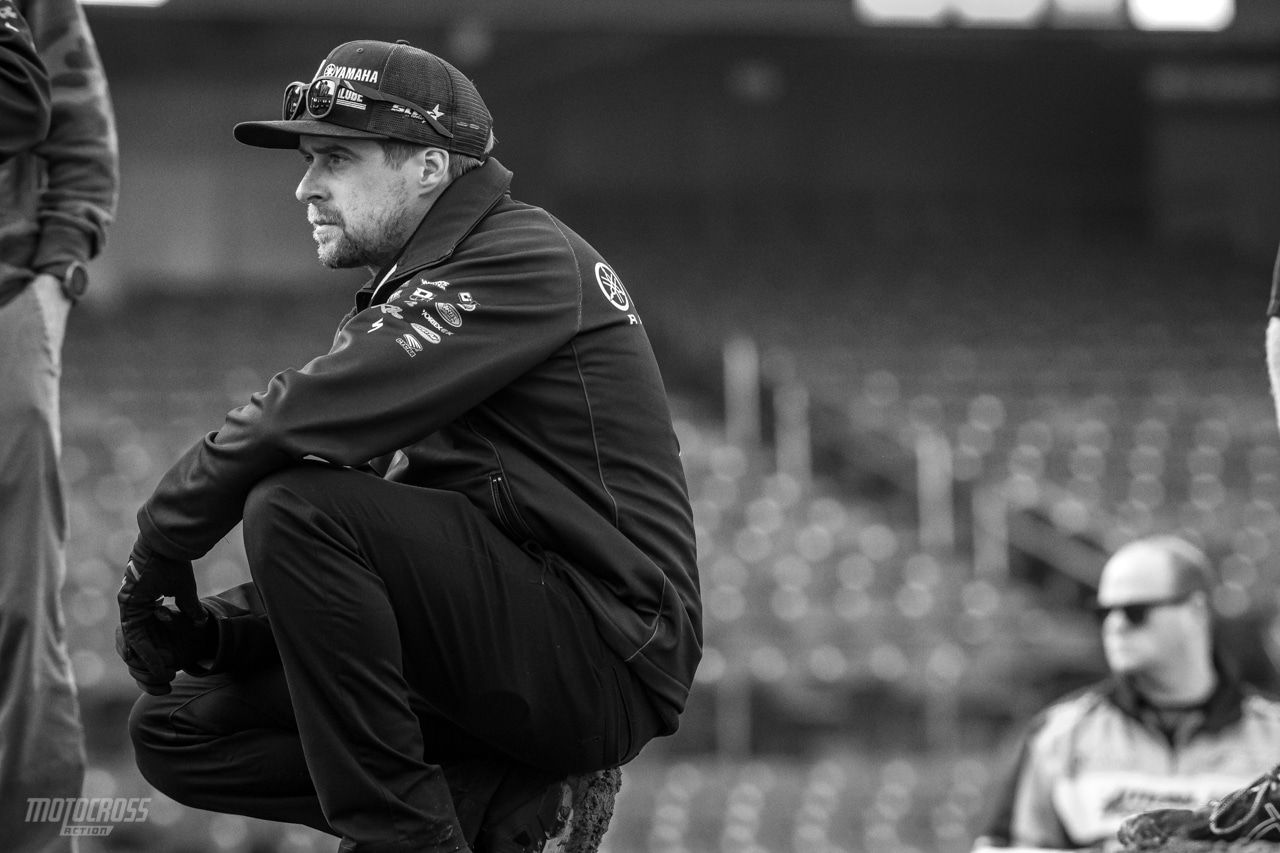 Wil Hahn, the Star Racing Yamaha team manager with his game face on. Mitchell Oldenburg was one of the first riders to launch the double on press day. Although they recently moved to Las Vegas, the Oakland-Alameda Coliseum still has lots of Raiders branding everywhere. 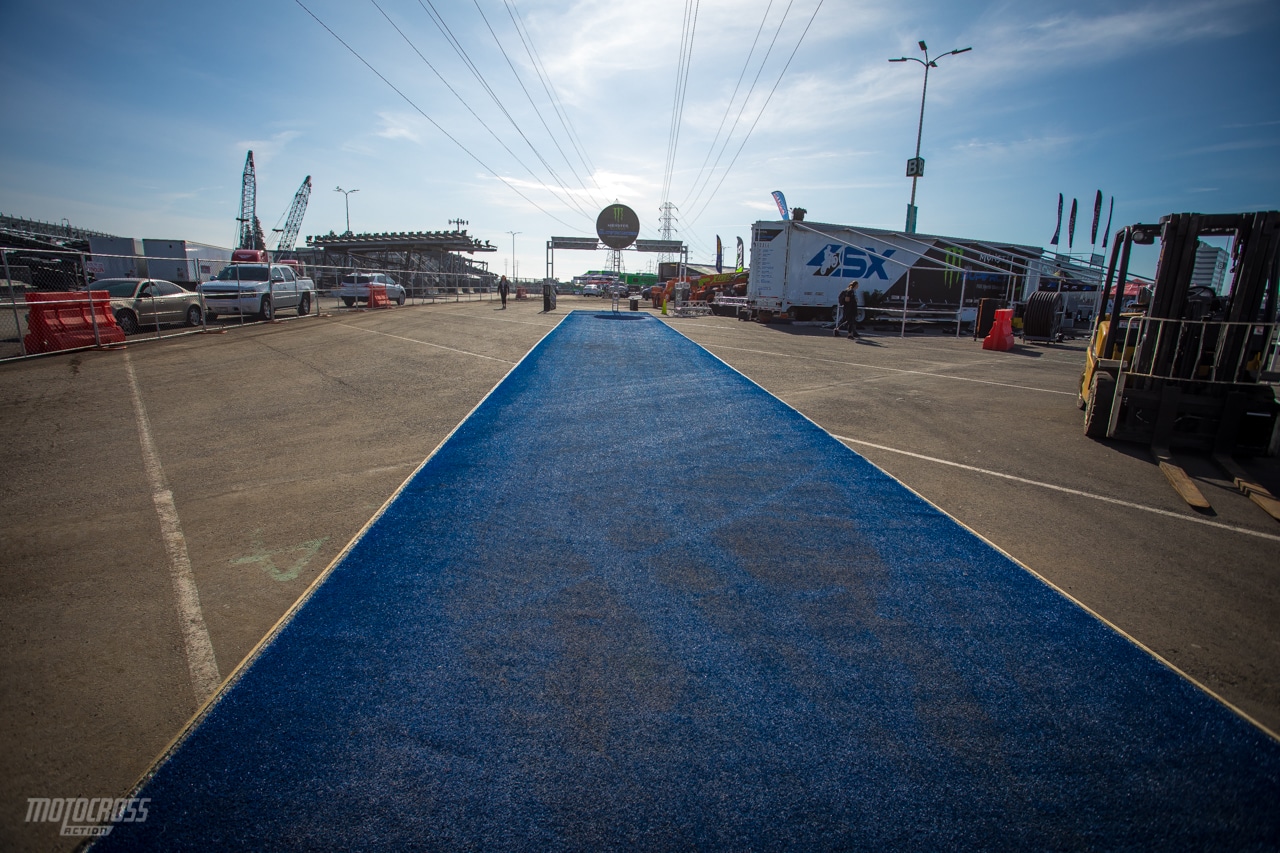 Ricky Carmichael comes out for every track walk to get the inside scoop on the conditions and the riders before the TV broadcasting begins. 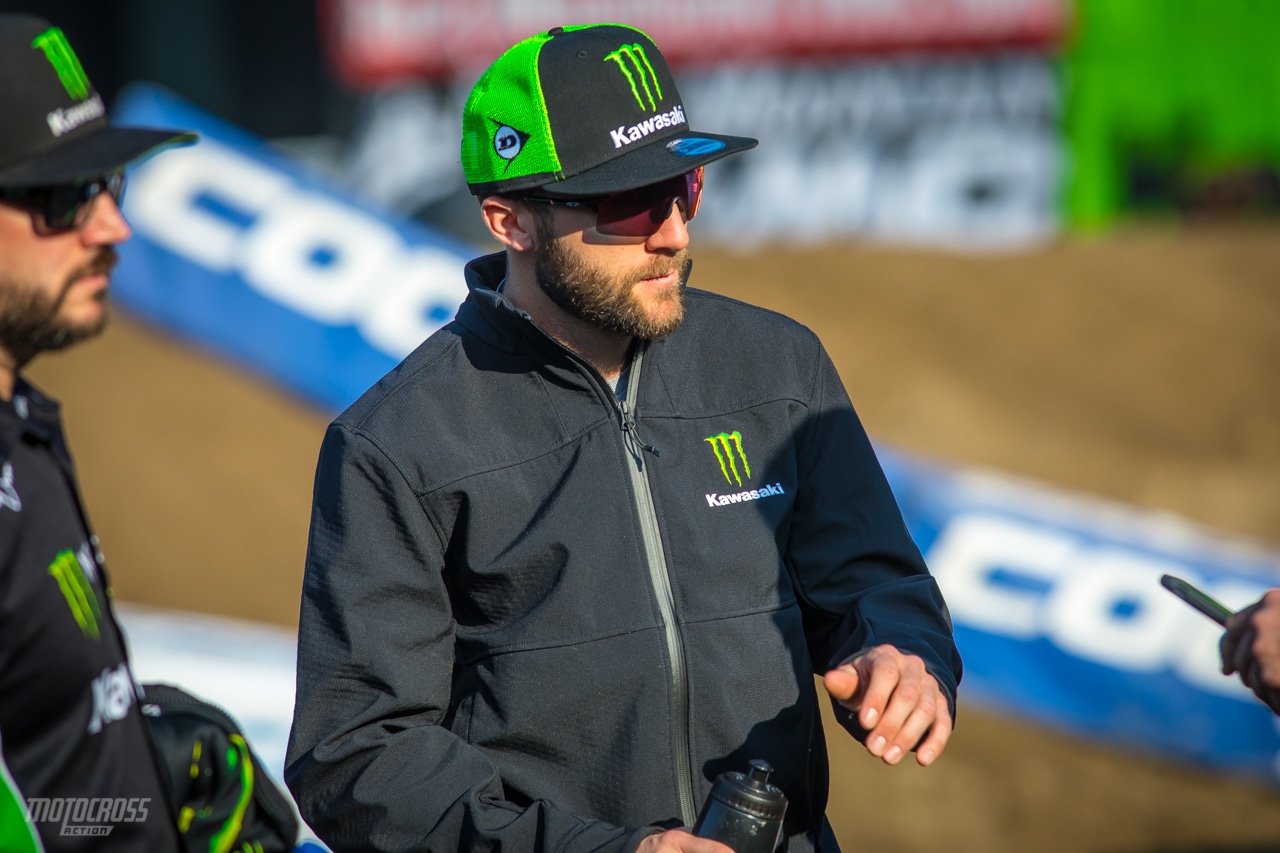 Eli Tomac checks out the track for the first time. Here is the sad graveyard of broke stadium chairs… Ken Roczen comes into Oakland with the points lead. Alex Martin and JGR’s Rene Zapata staring down the track.