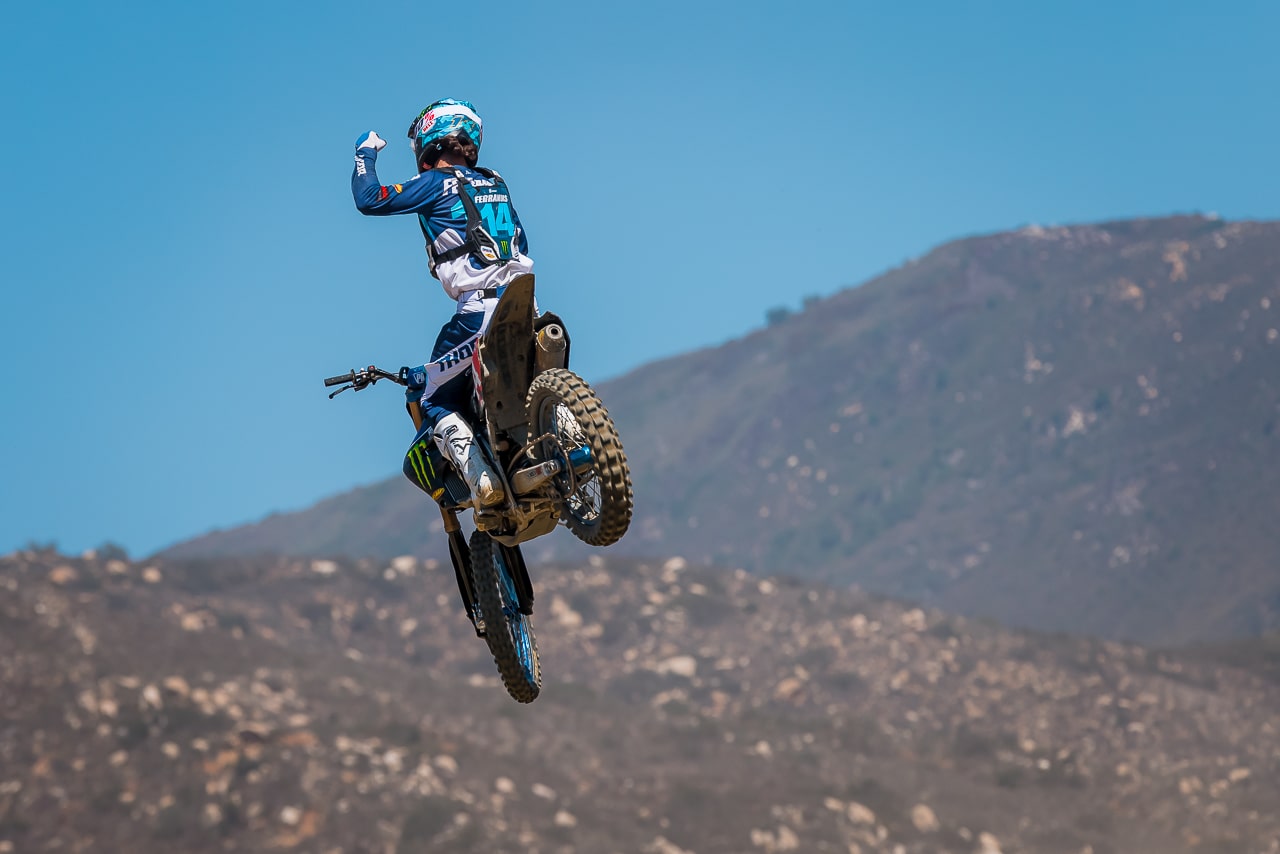 The second Fox Raceway National was a hot one. The riders were overheating due to the extreme dry heat. The day started off with the two points leaders, Dylan Ferrandis and Jett Lawrence dominating qualifying. They let the competition kn0w that they were going to fight today. Ferrandis had the chance to win the championship a race early at Fox Raceway if he beat Ken Roczen. He did.

450 POINT STANDINGS AFTER ROUND 11 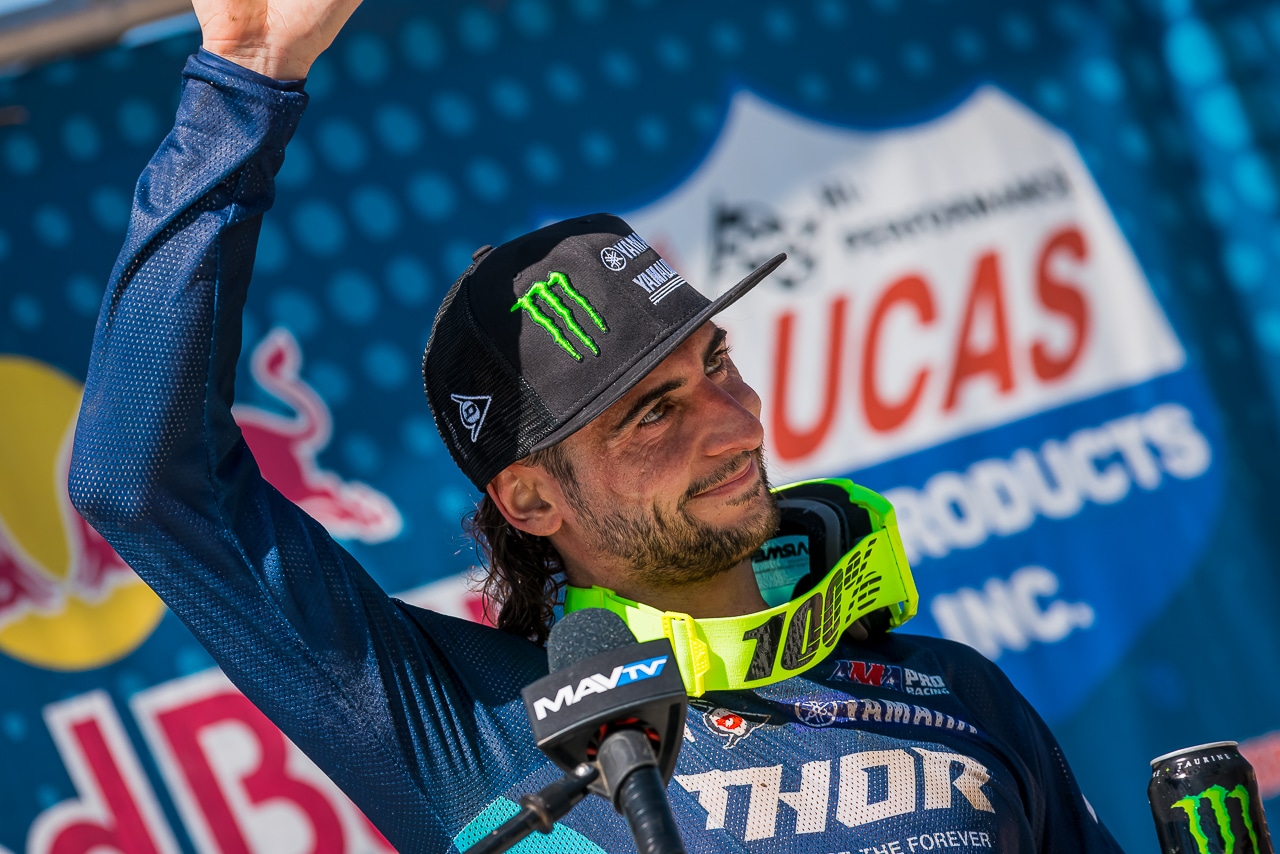 Pala was the penultimate race of the season. If Dylan Ferrandis didn’t want to go to Hangtown with a chance of losing the 450 title to Ken Roczen, he had to beat Roczen. And if Roczen wanted to keep his slim hopes alive, he had to beat Ferrandis at round 11.. Ken didn’t beat Ferrandis. Dylan looked like a veteran racing at Fox Raceway by winning the first moto than getting the holeshot in the second moto and riding a smart race in second place. Eli Tomac took the Pala victory with a 2-1 over Dylan Ferrandis’ 1-2. Ken Roczen went 3-6 and that was the end of his Championship hopes. Hangtown will be a celebration race for Dylan.

250 POINT STANDINGS AFTER ROUND 11 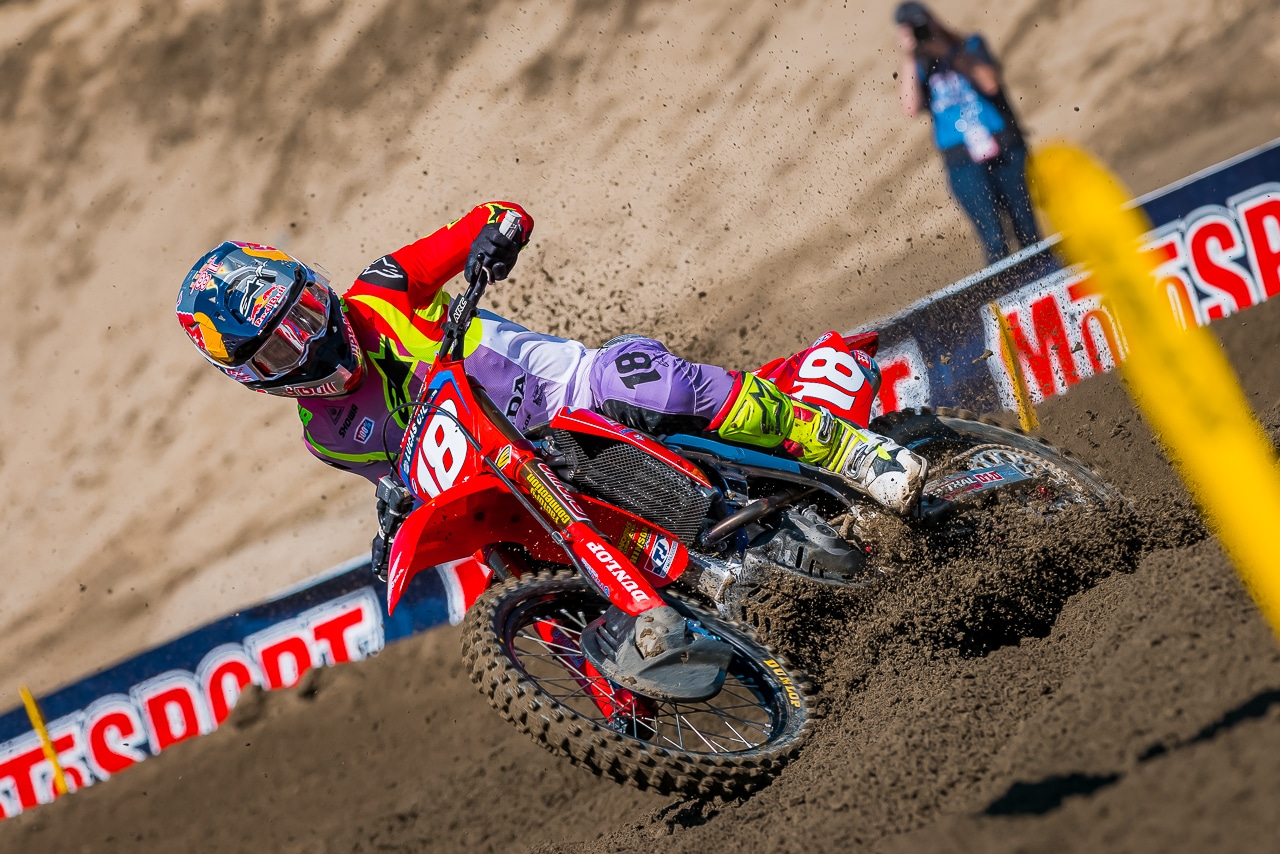 Jett Lawrence made it look easy at Fox Raceway.

Jett Lawrence came into the second to last round of the AMA Pro 250 Motocross series with the red plate. Jett had won the two previous races held at Pala Raceway, so he had the confidence to open up his lead on Justin Cooper. In the first Pala moto, Michael Mosiman was the one to beat until his front end washed out and he crashed back to 6th, but he got up off the ground and passed his way back up to second place, but Jett was gone.

In the second moto, Jett got the holeshot and left the field behind. Justin Cooper, who was second in points rode well in the second moto but ended up losing valuable championship points to Jett. Heading to the final race at Hangtwon, Lawrence has a safe 23-point lead over Cooper.