Round 2 is finally over and while we may have not seen the most exciting action in the 250 class, the 450 class was the exact opposite. We saw close battles in both motos that had us yelling and the brutal Thunder Valley track provided even more close calls. The track was dry and thanks to the hot wind the night before, sketchy ruts would form everywhere. While the racing is over, there has been a shift in the points lead in both classes. Scroll down below to get a short summary of all the action and where your favorite riders sit in the 2021 Pro Motocross points chase. 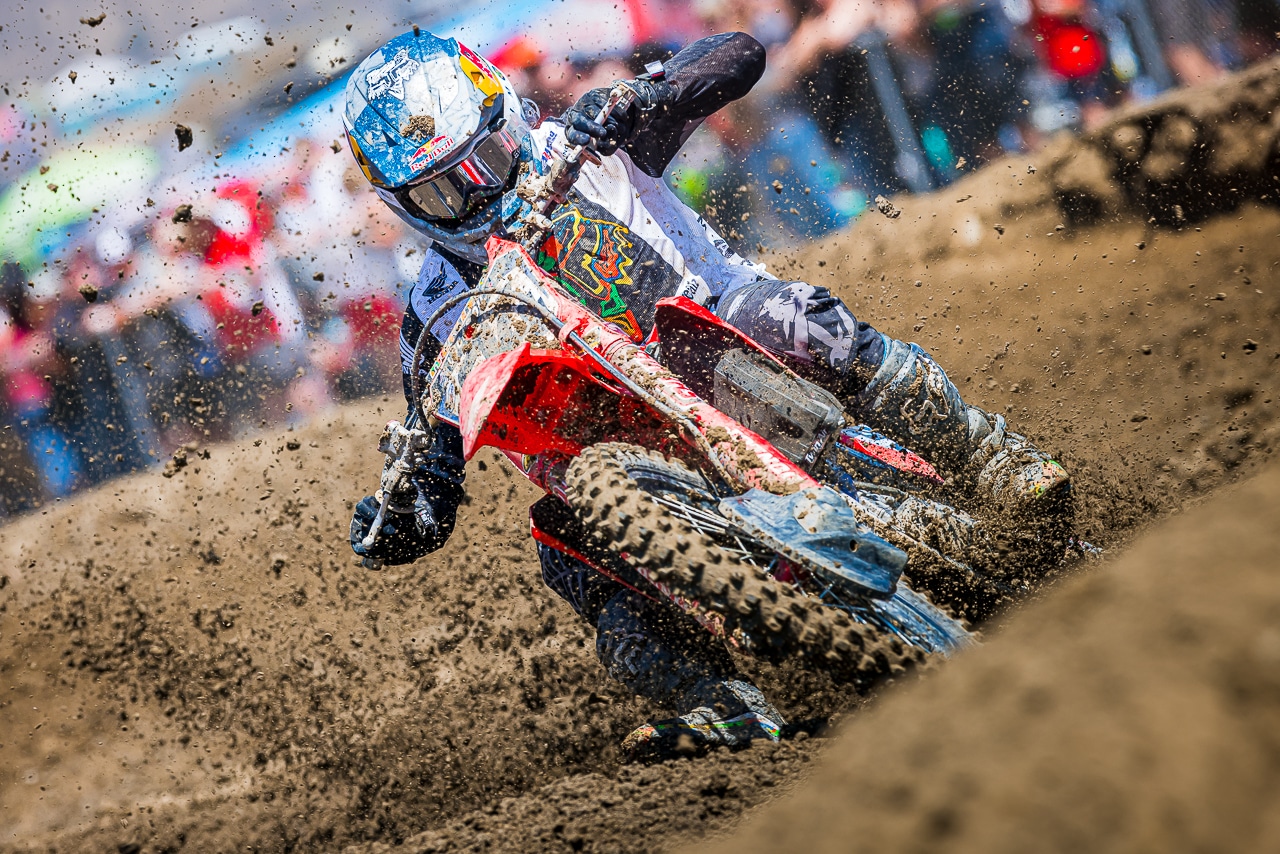 Ken Roczen will be holding the red plate now.

While the battles were close in the 450 class, Ken Roczen remained to be on top of his game all day long, setting the fastest qualifying time, and winning both of his motos. While Dylan Ferrandis, Adam Cianciarulo, and Justin Barcia gave the 94 a run for his money, they simply couldn’t keep up with his impressive lap times and his remarkable amount of energy that he held onto during the end of the races. Ken has been known to not perform well at high altitude, often struggling in Supercross at Salt Lake City. But now, we’re witnessing an older Ken from years past, where we often forget that he’s won a couple of these championships before. Ken hasn’t spent much time practicing moto either, missing the entirety of the previous season and focusing primarily on Supercross.

Whatever he’s doing, he’s excelling at it, making the end of the second moto look almost easy for him. And in both motos, he was able to put a sizable gap in between himself and the rest of the competition once he obtained the lead. It will be exciting to see if he can keep this up as the season progresses and how the rest of the very exciting 450 class performs! Jett will be keeping his red plate after round 2.

The red plate was in a stalemate after round 1, where Jeremy Martin and Jett Lawrence tied in the points. However, both of the Martin brothers would have their luck run out throughout the day similar to the opening round of the 2021 Supercross season, resulting in the two crashing knocking themselves out of the competition. Despite having the other points leader out of the question, Jett Lawrence would still not have his work handed to him, having to battle with multiple riders throughout the day. Despite performing well, he didn’t perform as well as Justin Cooper who would win the overall at the end of the day.

Unfortunately for Justin, a third place finish at Fox and an overall at Thunder Valley would not be enough to surpass Jett’s lead over the lites class. Now, Jett leads the championship by ten points and we can’t wait to see how the rest of the season shapes up for the 250 class.