The racing was once again an adrenaline rush in the 2021 Pro Motocross season. In the 250 class, we saw Justin Cooper grab the fastest lap time around the track with Ken Roczen being the fastest premier class rider amongst the 450s. Rain sprinkled, the weather changed every moto, and the crowd went crazy. Scroll down below to find out what happened when the gate dropped and where your favorite rider lands in the points chase. Dylan Ferrandis is your new points leader in the premier class, leading the way with a three point advantage on Ken Roczen.

In the first moto, it would be Adam Cianciarulo who would grab the moto win. Dylan Ferrandis would get second place while Ken Roczen would fill the third spot. It is hard to describe all the chaos and action that ensued in the 450 motos so if you want to read up on all the ridiculous action, click HERE. In the second moto, we saw some of the most insane battles between the top riders as the top four traded places and had plenty of close calls. However, after Eli grabbed the first place position, he left the others in the dust while Adam, Dylan, and Ken duked it out. Eventually, Dylan and Ken Would make their way around Adam and the two would get second and third. A 2-2 for Dylan Ferrandis would mean an overall win and a brand new red plate for the Yamaha bike. If you missed the races, at least tune into the 2nd moto of the 450 class on Peacock. The battle between Ken Roczen, Dylan Ferrandis, and Adam Cianciarulo was all-time. 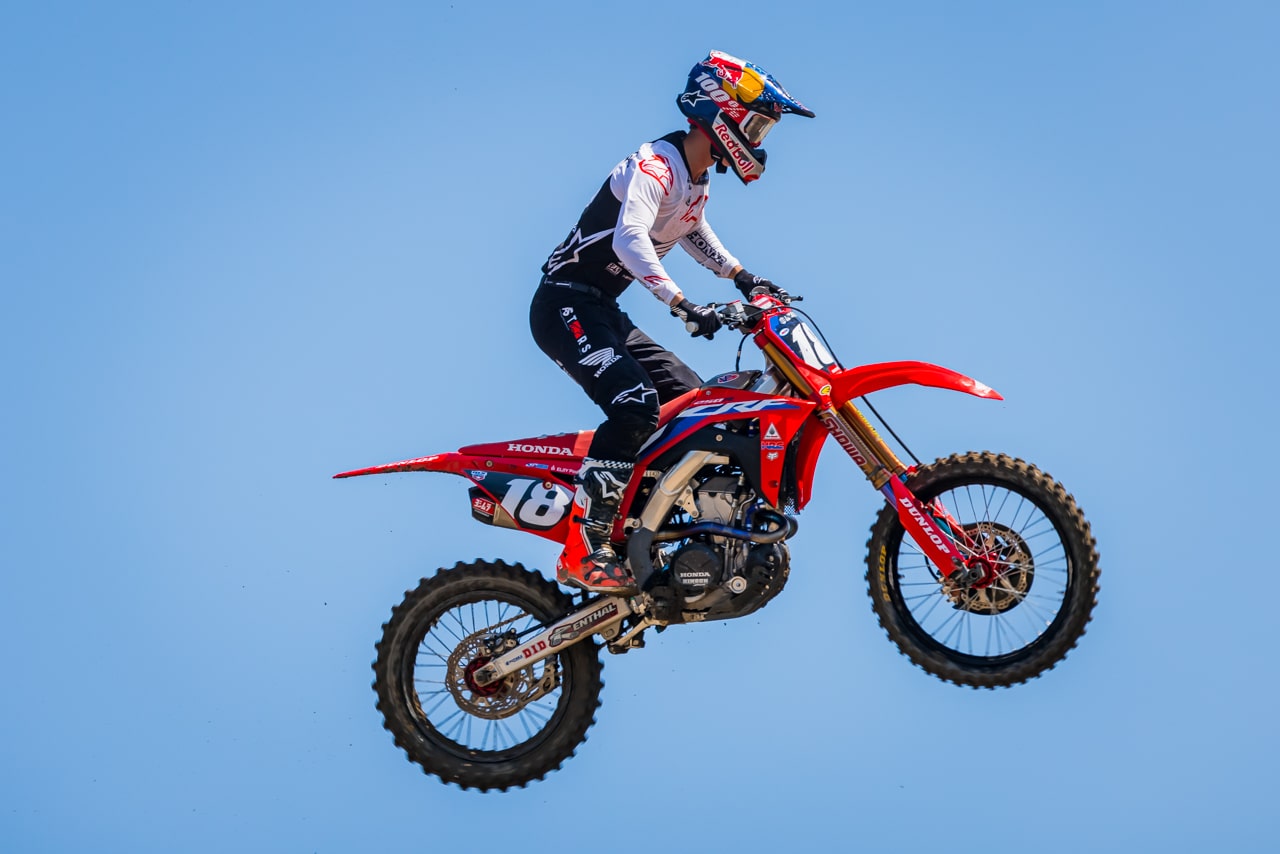 Jett Lawrence gets to keep his red plate after riding consistently in both motos.

In the 250 class, we saw Jalek Swoll grab the overall win, winning the first moto and grabbing third place in the second. While Justin Cooper may have won the second moto, his fifth place finish would knock him down to a third overall. Jett Lawrence order consistently all day long as many of the other competitors rode above their head and crashed or made huge mistakes. His clean riding paid off as he would score a second overall, going 2-3 and keeping his red plate on the Honda. Hunter Lawrence ran out of luck in both motos despite putting on quite the impressive ride. Crashes and track banners would be the bane of Hunter finishing well.