Cobra’s all-new full electric CX-E5 will be released in 2021.

Press Release: U. S. motorcycle manufacturer Cobra MOTO  is announcing the debut of two radically new products at the 2019 AIMExpo.

“The entire Cobra team has been working incredibly hard,” said Sean Hilbert, Cobra’s president. “We are never going to stray from our core mission of manufacturing the finest youth competition vehicles in the world, and we have been laser focused on the emerging technologies that will help define our evolving market into the future.”

Hilbert continued, “The all-new products we are debuting this year at the AIMExpo will revolutionize youth racing on two wheels.” Cobra will first unveil its incredible CX-E5. This is the company’s first battery electric motorcycle, and it is designed to compete in the future Electric Limited youth classes in AMA competition. This incredible minicycle features similar performance to the current Cobra 50cc internal combustion engine offerings, a quick-change battery, and several operation modes so parents can meter out performance according to skill level. This model will make its debut in the 2021 model year. Second on the agenda will be Cobra’s first entry into the e-bicycle market. The “Iron Man” model e-bike is designed as both a training tool for hard-core minicycle racers and as a race bicycle in its own right. “We’re doing essentially the same thing in the e-bicycle market as we did in the minicycle market nearly 30 years ago,” said Hilbert. “We’re forging new territory by bringing to market a high-end competition e-bike for youth racers.” The Iron Man will be powered by Shimano’s DU-E7000 e-driveline and will feature full suspension, 24-inch wheels, and high-end componentry. It will be ready for the most demanding off-road conditions. 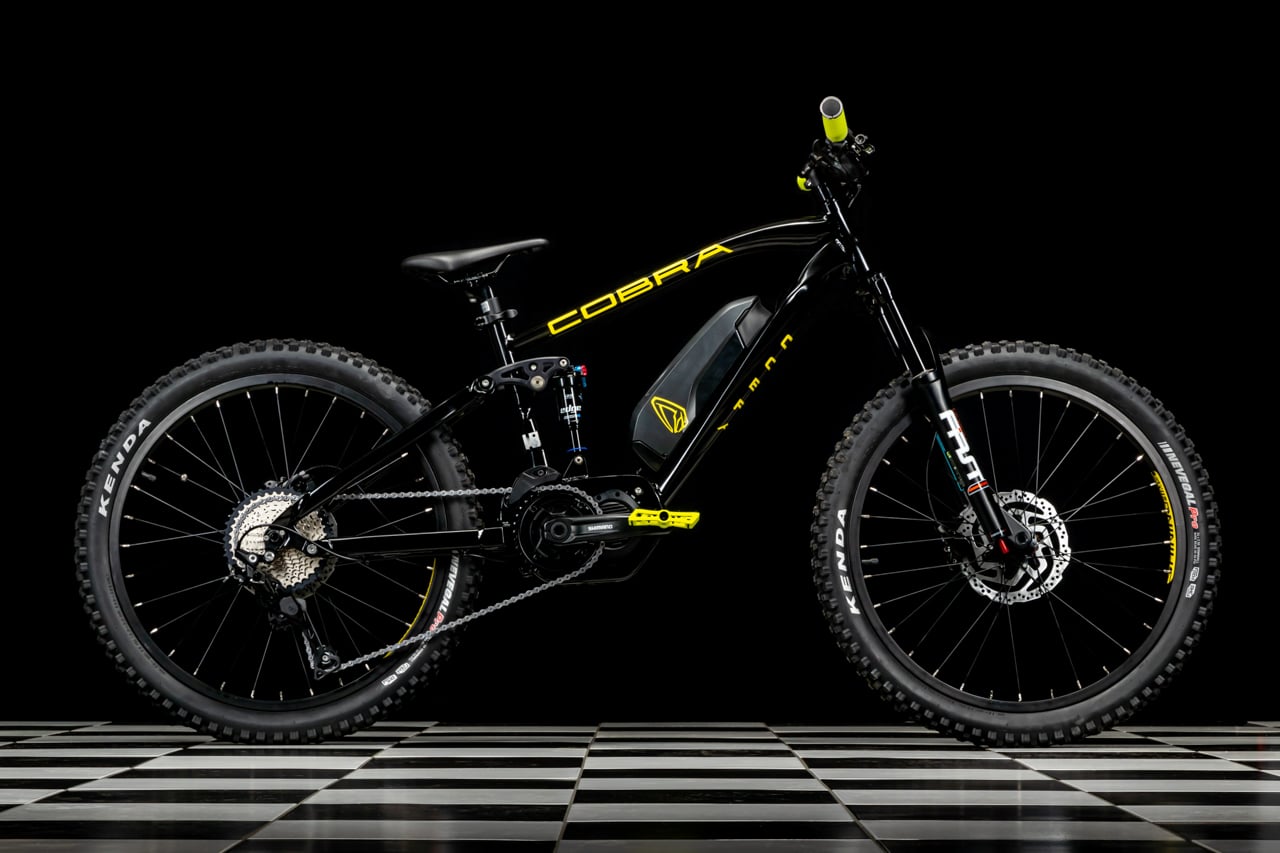 The world will get a chance to see these models for the first time on Thursday September 26th at 11:00am EST at Cobra’s AIMExpo booth (#2415). We’ll see you there!