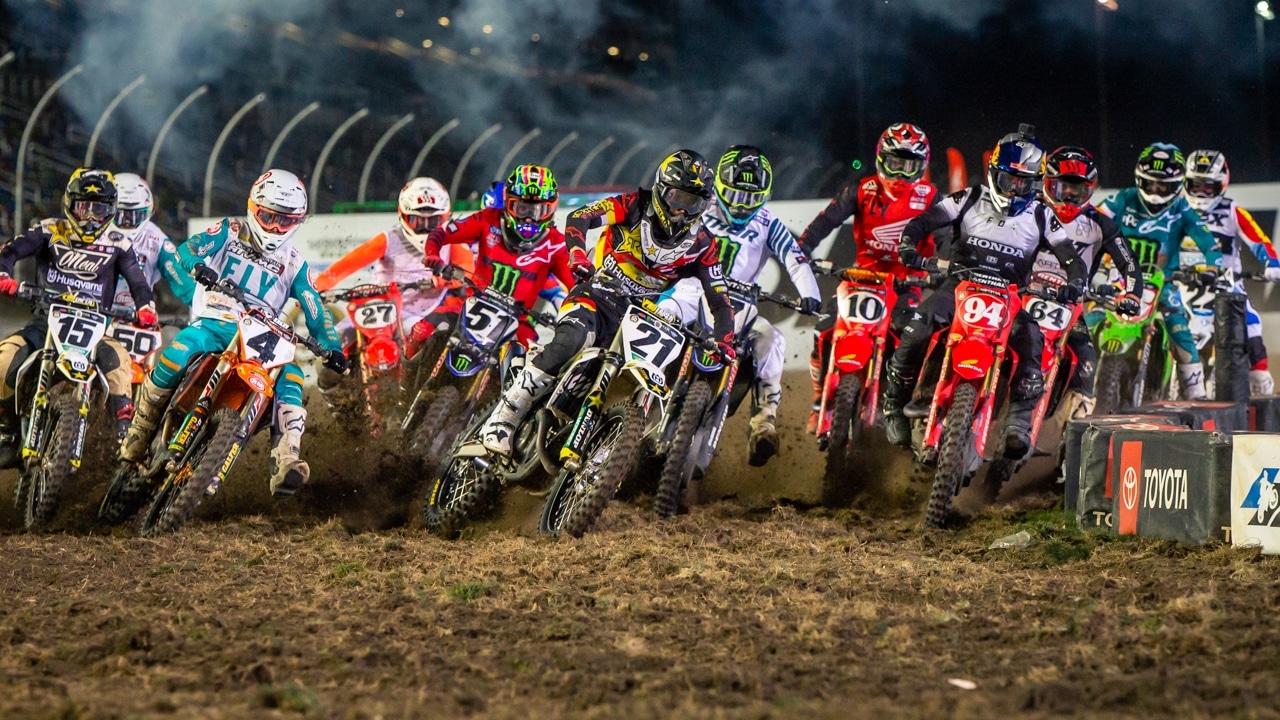 Daytona is easily one of the most anticipated races of the Supercross season and we’re always eager to see who will come out on top after racing on the Frankenstein Motocross/Supercross track. The Daytona Supercross track features outdoor motocross elements such as long straightaways, huge sand sections, massive wall jumps, and considerably longer lap times. Typically, Daytona is the only outdoor Supercross of the year, but this time, the diverse track won’t be the only one as all three of the Atlanta Supercross rounds will also include outdoor features, just not as many as Daytona. With round nine on the horizon, it’s currently a battle in the 450 class point standings between Ken Roczen and Cooper Webb who is just 6-points behind him. The 250 West series opener was full of carnage at the Orlando Supercross #2 as we saw crashes happening everywhere. Even though the race was chaotic, we still expect the same three podium finishers from Orlando, Justin Cooper, Garrett Marchbanks, and Cameron McAdoo, to be at the front battling for the podium again. Scroll down below to find out all the information you need to know heading to the ninth round of the 2021 Monster Energy Supercross season. Orlando 2 was handing out injuries and crashes as much as Oprah hands out sportscars.

Adam Cianciarulo is out for Daytona and probably for a few races longer with a broken collarbone. Adam via Instagram: “A lot of time and effort goes into each season and it’s extremely frustrating to have a set back like we did this past weekend. I broke my collarbone and I’m gonna be off the bike for a bit. I’m really pissed off at myself for making that mistake. It’s completely unacceptable. I won’t be discouraged, though. I love what I do and I put my heart and soul into it. I’m going to keep working on the things I need to in order to reach my goals. Simple as that. I appreciate my supporters and I’ll keep you guys updated.” 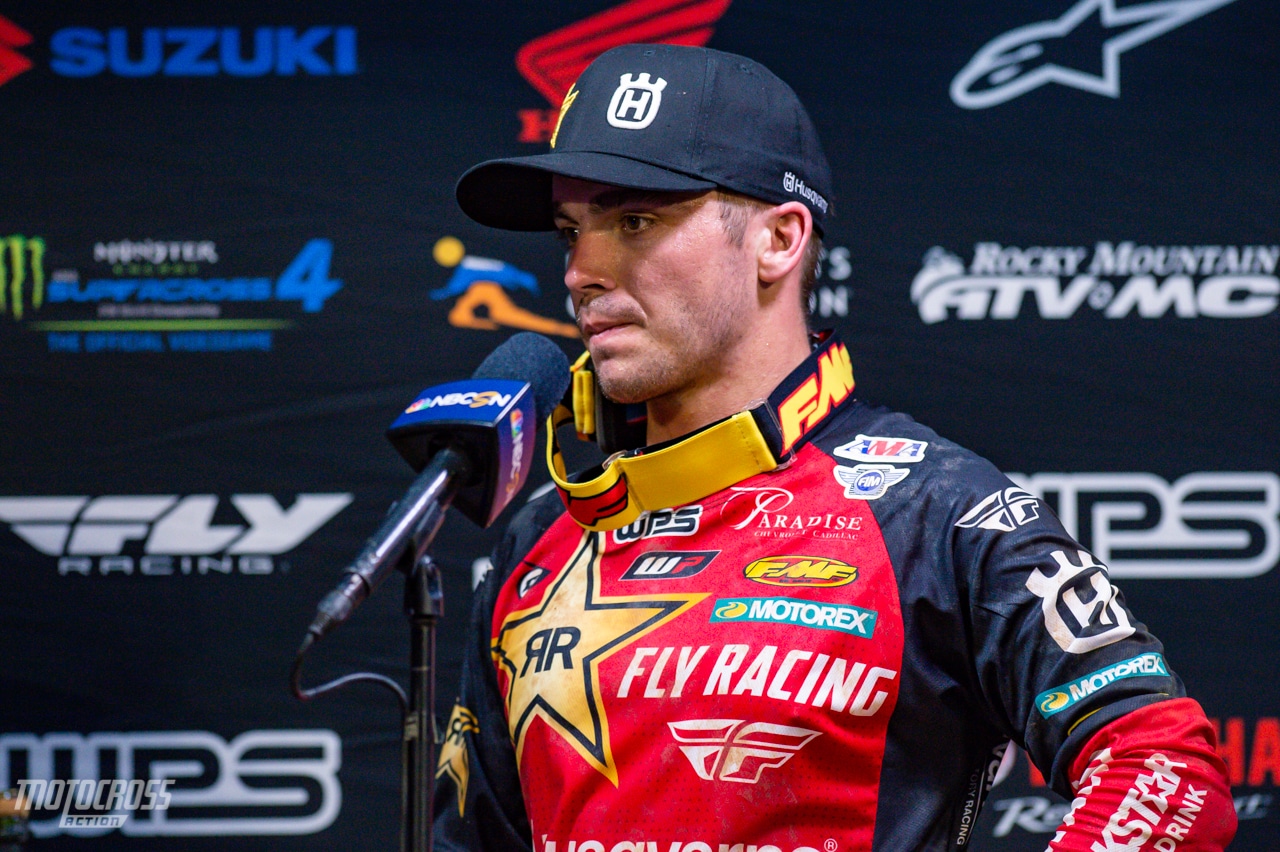 Zach Osborne injured his back while practicing before the Orlando Supercross #2. He finished 3rd place at Orlando #1 but only could manage an 8th place with his injury nagging him at Orlando #2.

Zach Osborne posted via instagram:“Unfortunately I am going to be sitting out this weekend in Daytona due to my back issue that occurred the week before Orlando 2. I’ve undergone some treatment this week and I feel that I’m on a good path to recovery as well as eliminating this from happening in the future. I look forward to being back with my @rockstarhusky team as soon as I’m fully fit and ready to race again. Thanks for the support and I will be back better than ever!” Justin said via press release: “I was really hoping to be back for Daytona so I am pretty bummed to not be racing this weekend, it wasn’t an easy decision. I know we are capable of another podium, repeating our performance in Houston is my focus, but I can’t compete at this level when I am not 100%.”

Brayton’s time spent racing a stock car last weekend at the MotoCar Fit Klub race was a chance to sit behind a wheel and let the car do the talking. But he’s still not ready to compete at the highest level in Supercross. Justin Brayton went on to say: “I know people watched me compete last week in a car race but racing supercross is a whole other thing, our bodies really take a beating over the course of the night. Turning a steering wheel is so different to hitting whoops and my chest hasn’t fully recovered so I need to make sure it does so I can get the results my team deserves.” Brayton finished. Chase Sexton via Instagram: “Very happy to be back on the bike and back to normal. I’ve been working my butt off with therapy / strengthening my shoulder the past 3 weeks. Monday was my first day back and feeling very good on the bike already. With that being said just the lack of seat time over the past month my team and I have decided it’s better to come out at 100% for Daytona in a little over 2 weeks! I can’t wait to be back racing and seeing you all real soon” 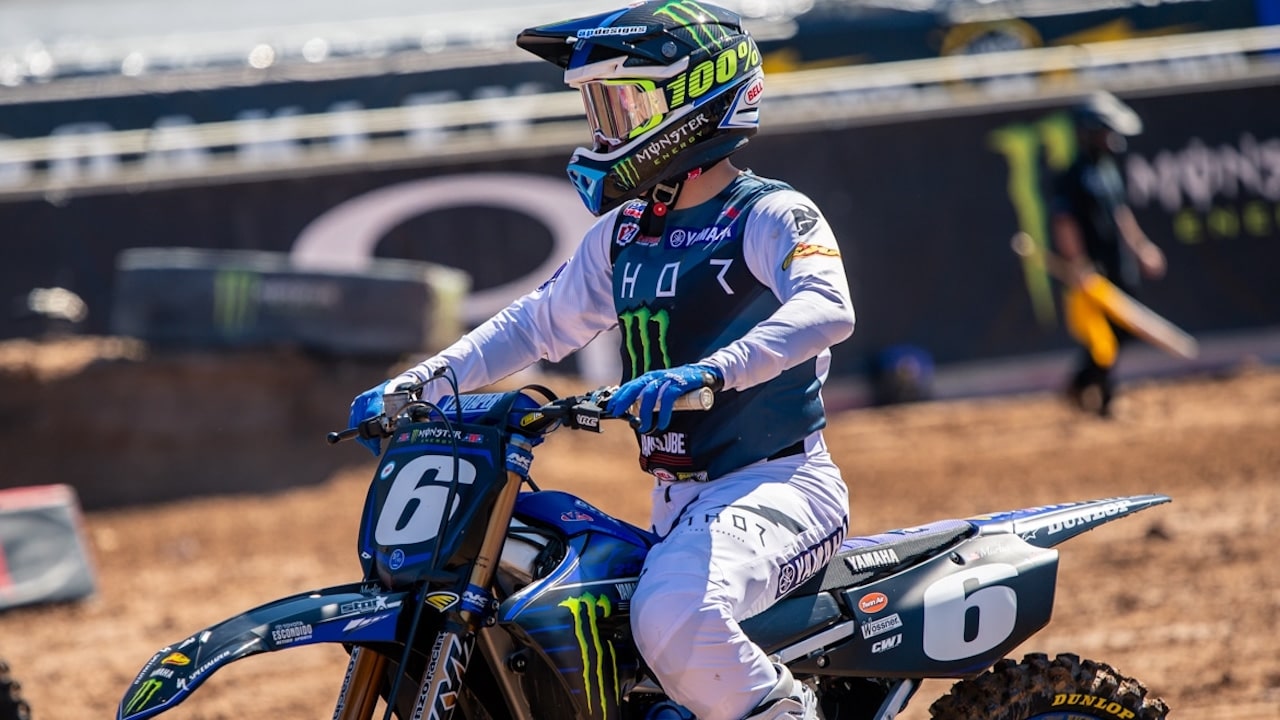 Jeremy Martin via Instagram: “Many of you saw the big crash I was involved in off the start in Orlando. Unfortunately, it left me with a dislocated left shoulder. I got an MRI on Monday and have had some really good conversations with some good doctors about what’s the best plan for my return. At this early stage, idk when I’ll be back yet. I just wanted to say thank you to everyone who reached out to me. I really appreciate the support.” 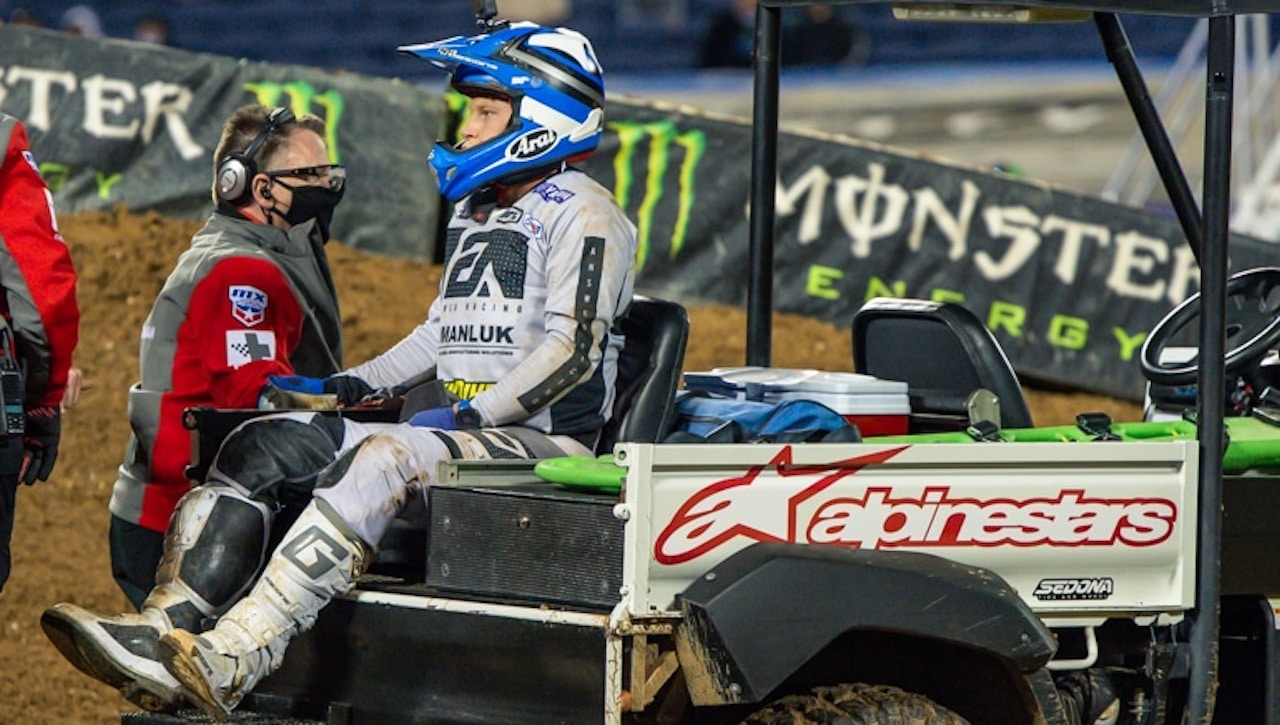 Alex via Instagram: “Update! Thanks to everyone that checked in after that scary crash in Orlando last weekend. Had to take some time away from all screens to give my head a break. Feeling better now and will be taking all the proper steps before I get back on the bike. Thanks for the support!!” Carson Brown via Instagram: “Hey everyone, was feeling great out there at Orlando Supercross yesterday. In my heat race I ended up dislocating my elbow. I’ll keep everyone updated on when I’ll be back out there. Huge thanks to everyone who reached out, really appreciate all your support. The JMC Husqvarna team built an amazing bike I and can’t wait to get back on” Pierce Brown underwent knee surgery on his ACL and Meniscus. After lots of time healing and therapy, the 45 is ready to line up back on the gate at Daytona and make his debut on the GasGas MC 250F.

DAYTONA IS SOLD OUT On Tuesday, the week of the upcoming Daytona race, it was announced that the stadium had reached capacity following Covid safety-protocols. This means that tickets are no longer being sold for the event and for the rest of the fans of Supercross, they will have to enjoy the races from home. And will you look at that, the TV schedule!

PEACOCK PREMIUM LIVE STREAMING:
If you don’t have the NBC Sports Channel or you’d prefer to watch the races without any commercials, the weekend races will be aired LIVE on the Peacock Premium streaming service at 7:00 PM Eastern Time, 4:00 PM Pacific Time, the same time as it’s aired on TV. Qualifying practice will also be shown LIVE on Peacock Premium starting at 1:00 PM Eastern Time, 10:00 AM Pacific Time.

Big, technical, and fast. This year’s Daytona track layout has it all from massive wall jumps to grass sections. Designed by the Goat himself, Ricky Carmichael is back once again designing one of the most interesting venues of the season. Typically the Daytona Supercross is Eli Tomac’s specialty. We’re excited to see if he gets the momentum going in his direction again this Saturday. The red plate remains in the possession of Ken Roczen.

250 WEST SUPERCROSS POINT STANDINGS (AFTER ROUND 1 OF 9) The 250 West field narrowed after the first round’s crashes. We’re one race in and for the first time ever, the 250 West division will be racing at Daytona. Will Justin Cooper hold onto the lead or will last year’s winner, Garrett Marchbanks master the difficult course once again?

JASON ANDERSON TRAINING FOR DAYTONA SUPERCROSS: PLAYING IN THE SAND

ZACH OSBORNE OUT OF THE 2021 DAYTONA SUPERCROSS: BULGING DISC