2021 SUPERCROSS SEASON POINT STANDINGS AFTER ROUND 2

The 2021 Houston Supercross 2 did not disappoint with plenty of action during the second Round of the Monster Energy Supercross season. This series has already been full of many “first-evers” in both the 250 and 450 classes and Houston 2 provided them all day long. In the 250 class, Jett Lawrence would win his first Heat and Main Event at just 17 years of age. GasGas would have their first 250 Heat win with the 42 of Michael Mosiman. And Max Vohland would have his first top 5 in his rookie Supercross season. In the 450 class, Chase Sexton would win his first Heat race. Muc-Off Honda would get their first podium finish with Justin Brayton getting his first podium in three years. Dylan Ferrandis would get his first podium as a 450 rookie. And lastly, this was the first time in 20 years that the season opener stayed in the same place for multiple rounds. Another great night of racing in Houston and with multiple wins, comes a shakeup in the points. Scroll down below to find out where your favorite rider sits in the points standing. 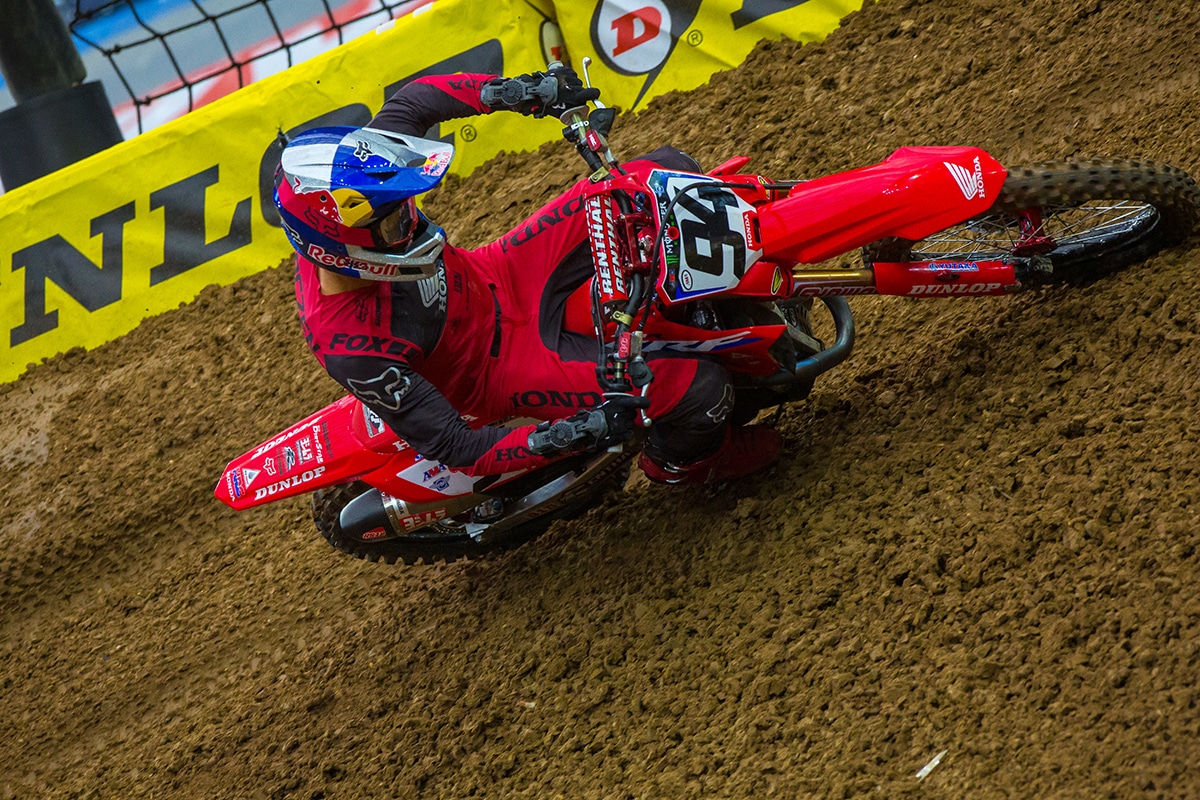 Ken Roczen was penalized by 4-points for jumping on a Red Cross flag. His 5th place finish remains, but his points earned were docked from 18 to 14.

The 450 class was full of unexpected results as throughout the race many riders would unfortunately make costly mistakes or crash in the main event. Chase Sexton grabbed the holeshot but halfway through the race, Chase would crash in the rhythm section following the sand section that took down so many. Other riders that would meet an unfortunate end to their positions in the race would be Marvin Musquin, Zach Osborne, Adam Cianicarulo and Joey Savatgy. Another shakeup in the points is Justin Barcia who would end up landing in ninth place after he connected with a tough block on the first lap of the Main Event and lost his shift lever, forcing him to ride the entire race in first gear. Now more than ever is the importance of getting a good start. When the tracks are this tight and fast, many riders simply cannot make the pass on others especially when your competition is as talented as this year’s roster.

*NOTE: Ken Roczen and Jason Anderson were both penalized 4-points each for allegedly jumping on a Red Cross flag. Their race results remain, while their points earned were subtracted. We currently do not have evidence of this and we expect to learn more from the AMA soon. Chase had a bad get off halfway through the 450 main event. 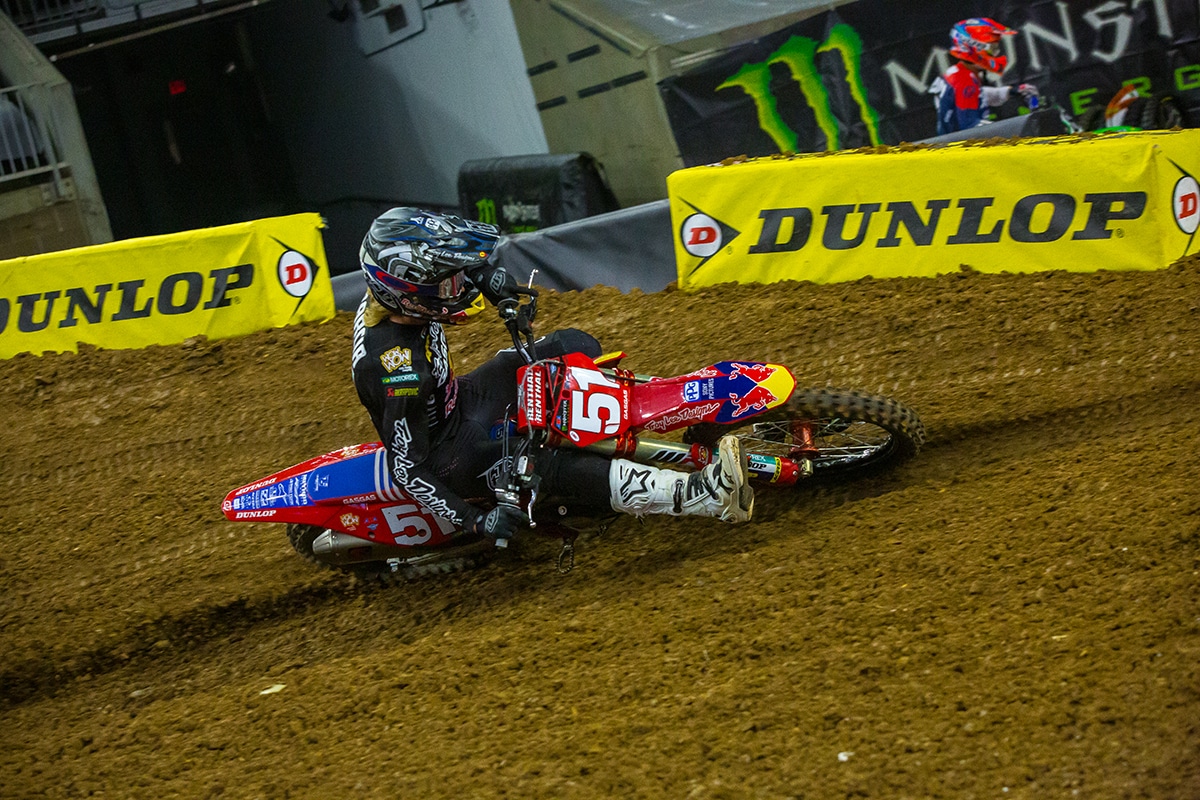 Justin Barcia rode the entire 450 Main Event in first gear after he ran into a tough block on the first lap and broke his shift lever off. Justin Brayton was very impressive and put his Muc-Off Honda on the podium at Houston 2. The red plate would remain in Christian Craig’s possession after the second Supercross round in Houston.

In a similar situation to the 450 class, the 250 class was full of drama during the night show. 17 year old Jett Lawrence would have one of the smoothest, if not the smoothest, rides we have ever seen him have. The young Australian would grab the holeshot and remain completely untouchable for the remainder of the race. He finished with a giant lead on the rest of the competition and his first-ever Main Event win. Colt Nichols finished in second with his teammate following just behind in third place. We know Supercross can be all about winning the main event over and over again but in recent memory, it seems more important than ever to finish consistently good and make it through all of the rounds. Both Colt Nichols and Christian Craig understand this and if the two keep it up throughout the season, we can expect a close point chase between the two Star Yamaha Factor riders.