2021 SUPERCROSS SEASON POINT STANDINGS AFTER ROUND 5 The 2021 Indianapolis Supercross 2 is in the books and now we have answers to many of our questions. After five Rounds of the 2021 Monster Energy Supercross season, we now have our first repeat winner in the 450SX class with Ken Roczen making it two-in-a-row. We also wondered if Justin Barcia could run at the front of the pack again and show some of the speed he had at the opening Rounds. He answered by grabbing the holeshot, running second behind Roczen and holding off Eli Tomac at the end to secure a solid finish. In the 250 class, we wondered if anyone could beat the two Star Racing Yamaha hotshots of Colt Nichols and Christian Craig. Michael Mosiman started off strong in the 250SX Main Event and actually pulled away from the Yamaha duo, but when a lapped rider crashed in front of him in a rhythm section, Michael had nowhere to go and lost the lead. In other 250 news, Jett Lawrence had two massive crashes at Indianapolis 2. The first in qualifying and the second in the 250SX Heat race. Now, with Roczen making it two-in-a-row and Colt Nichols making it three-in-a-row, the point standings are starting to spread out a little bit. See below for the updated standings after Round 5. 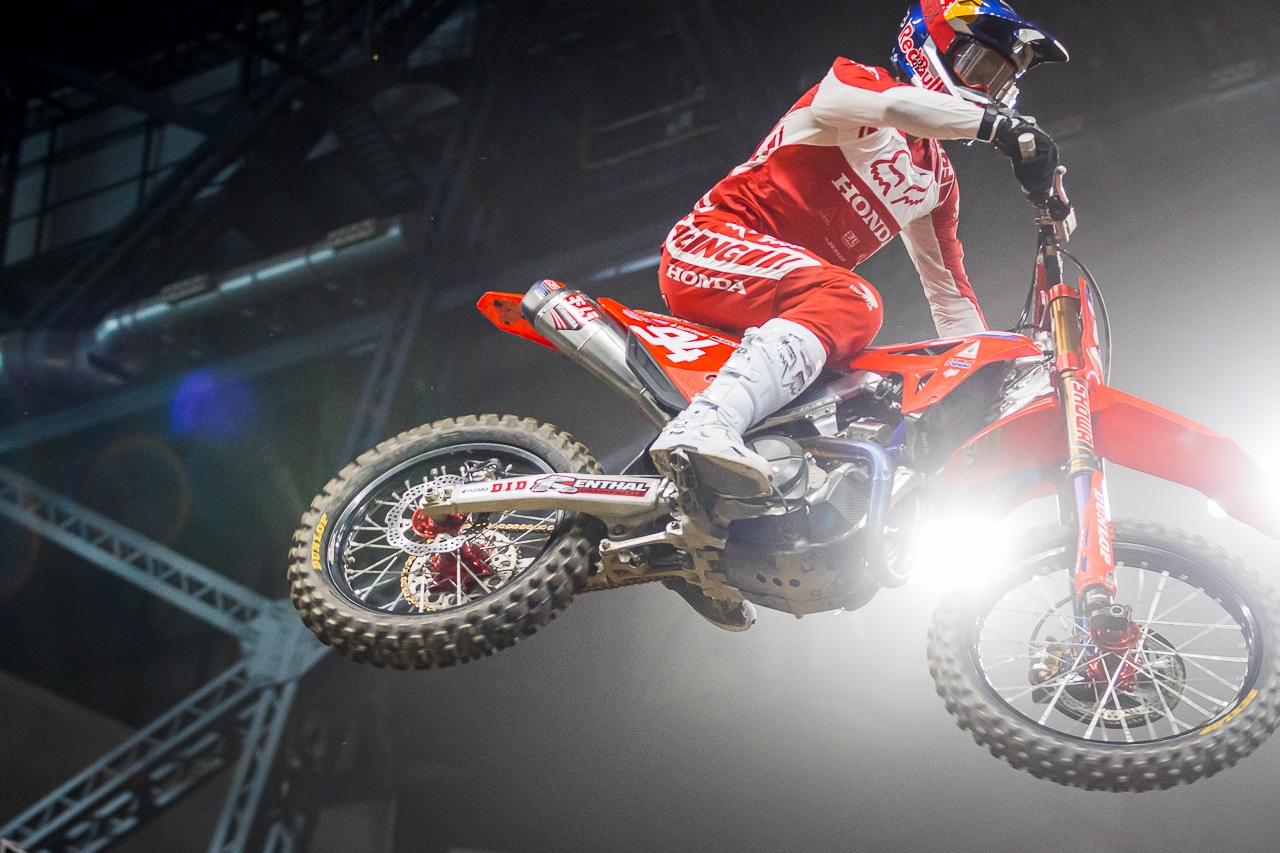 Ken Roczen made it two-in-a-row in Indianapolis.

Ken Roczen has extended his points lead from 6-points to 13-points over Cooper Webb and 14-points over Eli Tomac. Justin Barcia made vast improvements from Round 4 to Round 5 by moving up from a 13th place finish to a 2nd place. He currently sits fourth in the standings, 20 behind Ken Roczen. As it was in 2020, Ken Roczen, Cooper Webb and Eli Tomac have shown they’re the front runners of the season and we’re excited to see how the battle continues as the series moves on. The riders will have one more race in Indianapolis, Indiana, before heading to Orlando, Florida, for Round 7. 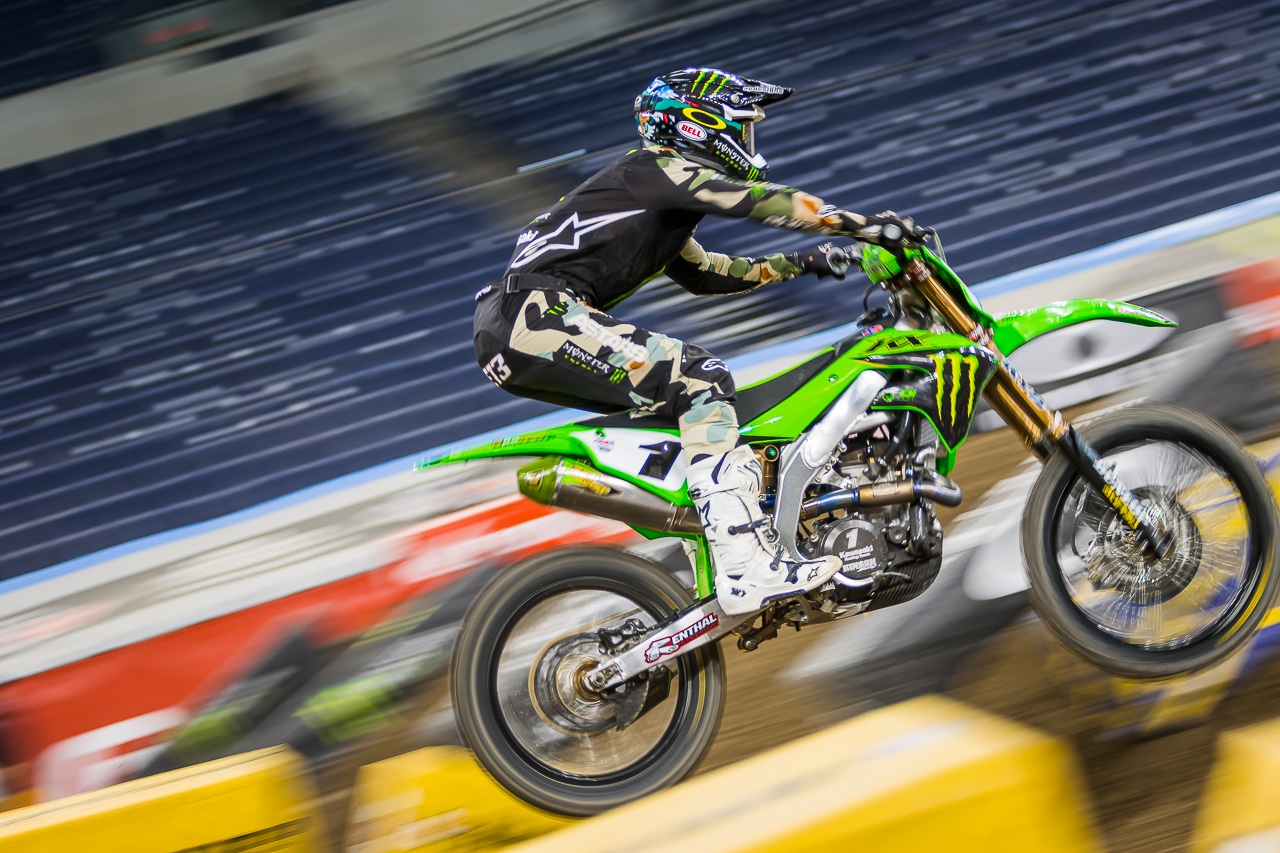 Eli Tomac sits third in the standings, 14-points off Roczen.

250 EAST COAST SUPERCROSS POINTS AFTER ROUND 5 OF 9 Jett Lawrence still had a fighting chance coming into Round 5, but two big crashes caused him to pull out of the 250 Main Event.

Colt Nichols seems calm cool and collected at the front of the pack with an 11-point lead over his teammate Christian Craig. Michael Mosiman moved from fifth to third with his podium at Indy 2 and after crashing in multiple Main Events earlier in the season, he sits with 97-points, 25 behind Colt Nichols. Jett Lawrence also took a huge hit to his overall points at the second Round in Indianapolis when he decided not to line up for the 250SX Main Event. 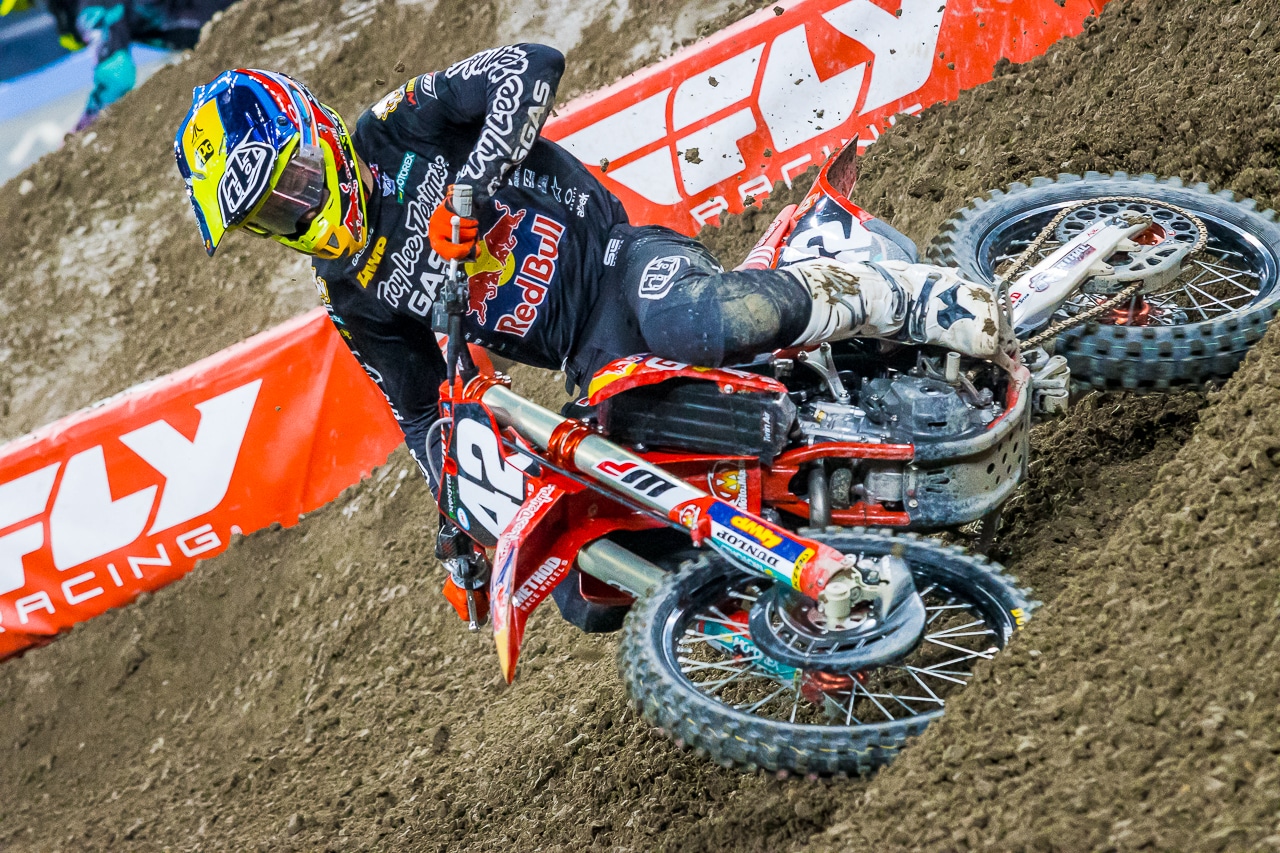 Michael Mosiman was leading the 250SX Main Event until a lapped rider fell in front of him, he finished 3rd. 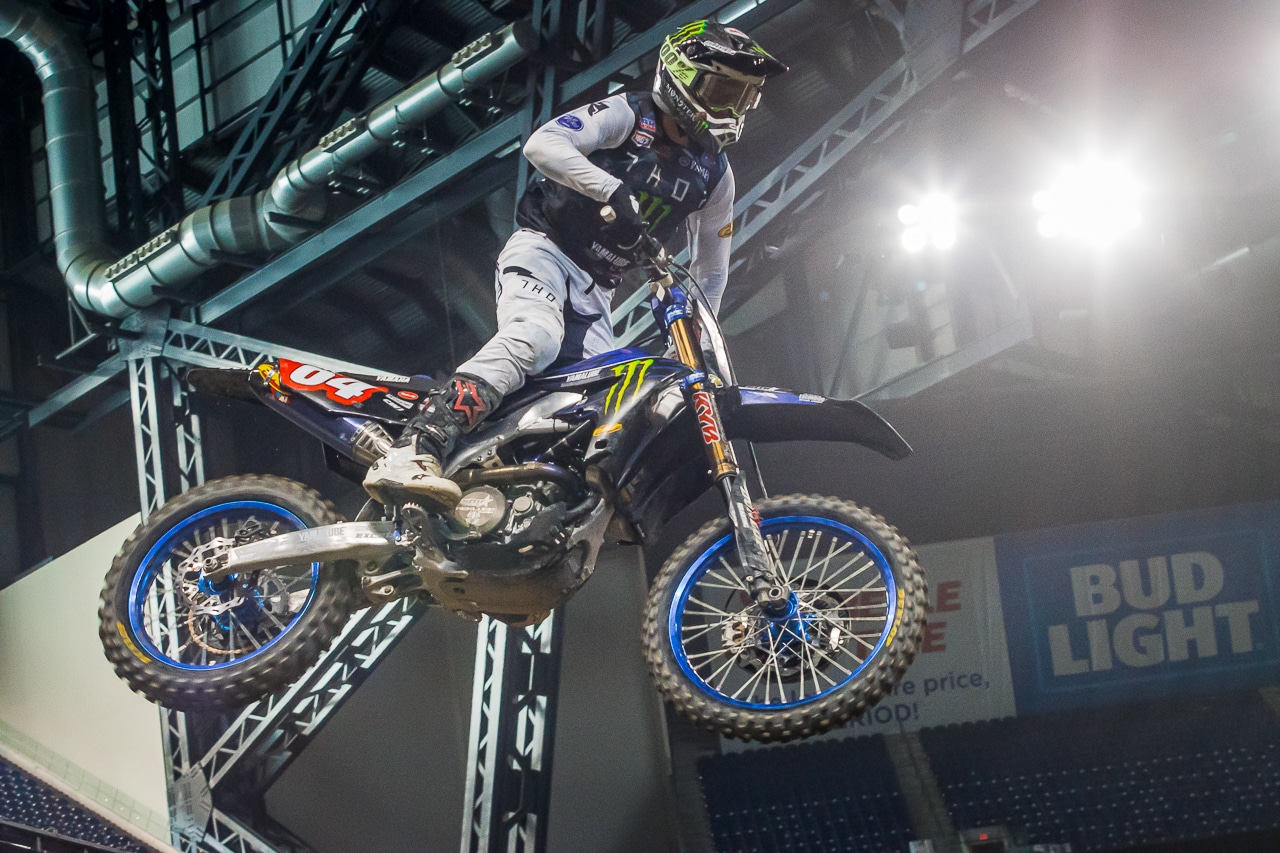 Colt Nichols is on a roll in the 250 East division.

THE AFTERMATH: CHAOS AT THE 2ND ROUND AT INDY SUPERCROSS