It’s race day in Anaheim, California, at the Angel’s Stadium and it’s Christian Craig who’s coming into the night show with momentum. He’s won two out of the last three races, and he came from dead last to third last weekend at San Diego. The next two riders on Craig’s radar are Michael Mosiman and Hunter Lawrence. Mosiman grabbed his first career win in the 250 Main Event last weekend and Lawrence has been on the podium in second or third at the first three Rounds.

Although the stadium and dirt are the same, the conditions here at Anaheim 2 are unique because the dirt has sat inside of the Angel’s Stadium for the past three weeks, being used for Monster Jam one weekend as well. Also, leading into Anaheim 1, Southern California, experienced some rain that made for softer conditions at the opener and now it’s much more hard packed for A2. Christian Craig wins his third Main Event of the season!

Vince Friese, as usual, grabbed the holeshot. This time, after Mosiman followed him in the Heat race, made sure to stick an aggressive pass on Friese to get into the lead. Shortly after, Christian Craig got around Friese and began his charge for the lead. Michael Mosiman held onto the lead past the 10-minute mark, but eventually Christian Craig was able to get around Mosiman and take the win.

Unfortunately, Vince Friese had a tough crash while battling with Hunter Lawrence and Jo Shimoda for the final podium spot. Vince crashed in the whoops and Jo Shimoda had nowhere to go hitting him. Christian Craig got off to a good start, but it was his teammate Nate Thrasher that grabbed the holeshot and the early lead. Then, Christian Craig dove up the inside of his younger teammate to take the lead and ultimately he went on to win. Hunter Lawrence was third in 250 Heat 2. 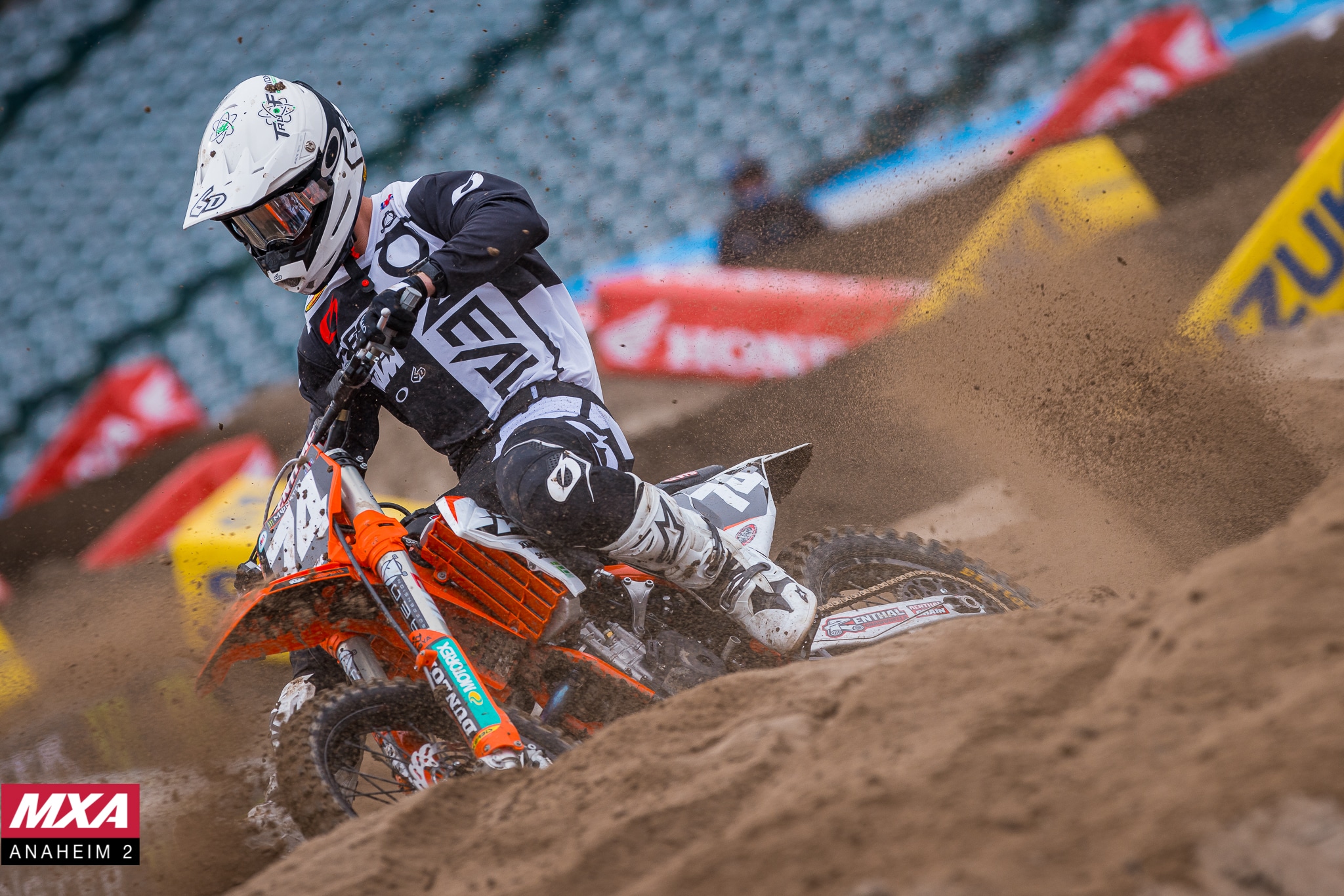 JEREMY MCGRATH: THE KING OF SUPERCROSS’ LIFETIME OF EXCELLENCE…