We’re here in Foxborough for the 15th round of the 2022 Monster Energy Supercross season and the riders are ready to rip the slower more technical course. The track is covered with rocks the size of golf balls so we can imagine the roost is not going to feel epic. Eli Tomac still has a ridiculous lead in the championship with Jason Anderson in second place and Justin Barcia in third. Regardless, we’re excited to see the riders attempt to set their fastest times in Gillette Stadium so scroll down below to find out who’s quickest. Chase would be the fastest qualifier of the day.

When the second session for the 450 class begun, we certainly weren’t anticipating that the riders would break into the 49 second lap time margin. The usual suspects were the fastest in the class once again, Jason Anderson, Malcolm Stewart, and Marvin Musquin held down second to fourth while Chase Sexton rode a blistering fast lap time with a 49.956. Chase Sexton and Jason Anderson swapped spots in the qualifying sessions with Chase being the fastest in the day. 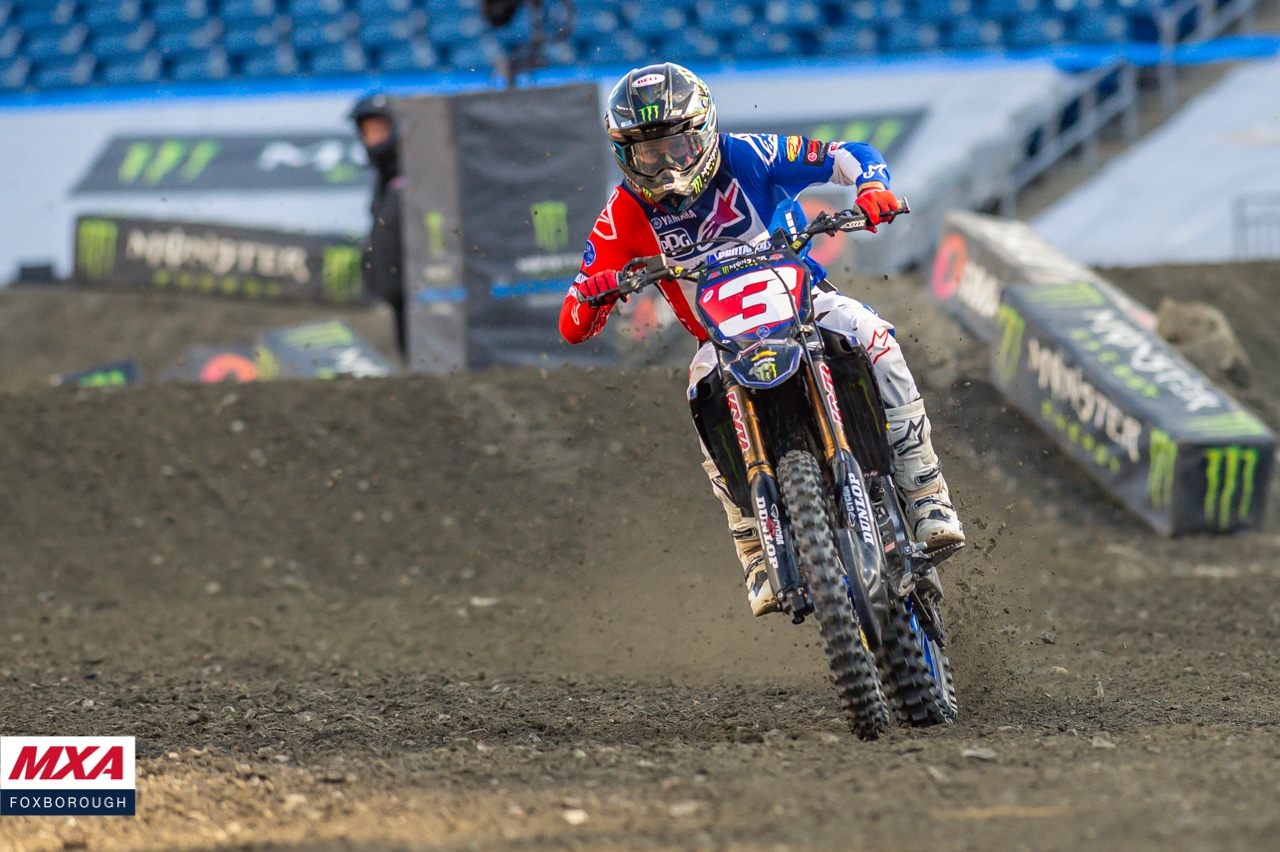 Points leader Eli Tomac was fifth fastest at the end of the day. Jason Anderson was the fastest in the first qualifying session.

The 450 class started their qualifying session a little bit later after a rider in the previous competition turned a berm into a jump, thankfully being caught by one of the nets. However, rebuilding the net did take some time. Chase Sexton was quickly the fastest making his way up into the 51 second lap time. The championship leader wasn’t far off sitting in second until Jason Anderson snuck past for second place. With a lap left, Jason Anderson made his way up into first, being the first rider to break into the 50 second lap time in the first session. Chase Sexton and Jason Anderson were the only ones to break into the 50 second lap time.

TODAY’S BIRTHDAY BOY: THE MAN WHO OWNED HALF A DECADE