The premier class is on track setting some very fast lap times in State Farm Stadium for the fifth round of the 2022 Monster Energy Supercross season. The points championship has been flip-flopping since the start of the season up until Eli Tomac would claim his first win at Anaheim 2, solidifying his lead in the points chase. The 450 class has had some very exciting racing compared to the 250 West class, as a large chunk of favorable riders were injured at the beginning of the season. Thankfully for the fans and competition, the 450 class has managed to stay mostly healthy with a few riders like Adam Cianciarulo dropping out. Scroll down below to find out who’s fastest in the 450 class in Glendale, Arizona. Eli was quick to grab a fast lap time in the second qualifying session, but it would be his teammate, Dylan Ferrandis who would grab the fastest.

Once the second qualifying session started, Eli Tomac grabbed the fastest lap time and started to explore his options for the rhythm sections. With three minutes left, Jason Anderson moved up to the top but just as he earned his spot, Dylan Ferrandis was even faster to take it away. Eli Tomac eventually got a faster lap time than Jason, moving up to second place. In fourth and fifth sat the HRC Honda boys, Ken Roczen and Chase Sexton. Dylan Ferrandis landed the 14 in first place during qualifying. Ken Roczen rode fast to get fourth in qualifying. 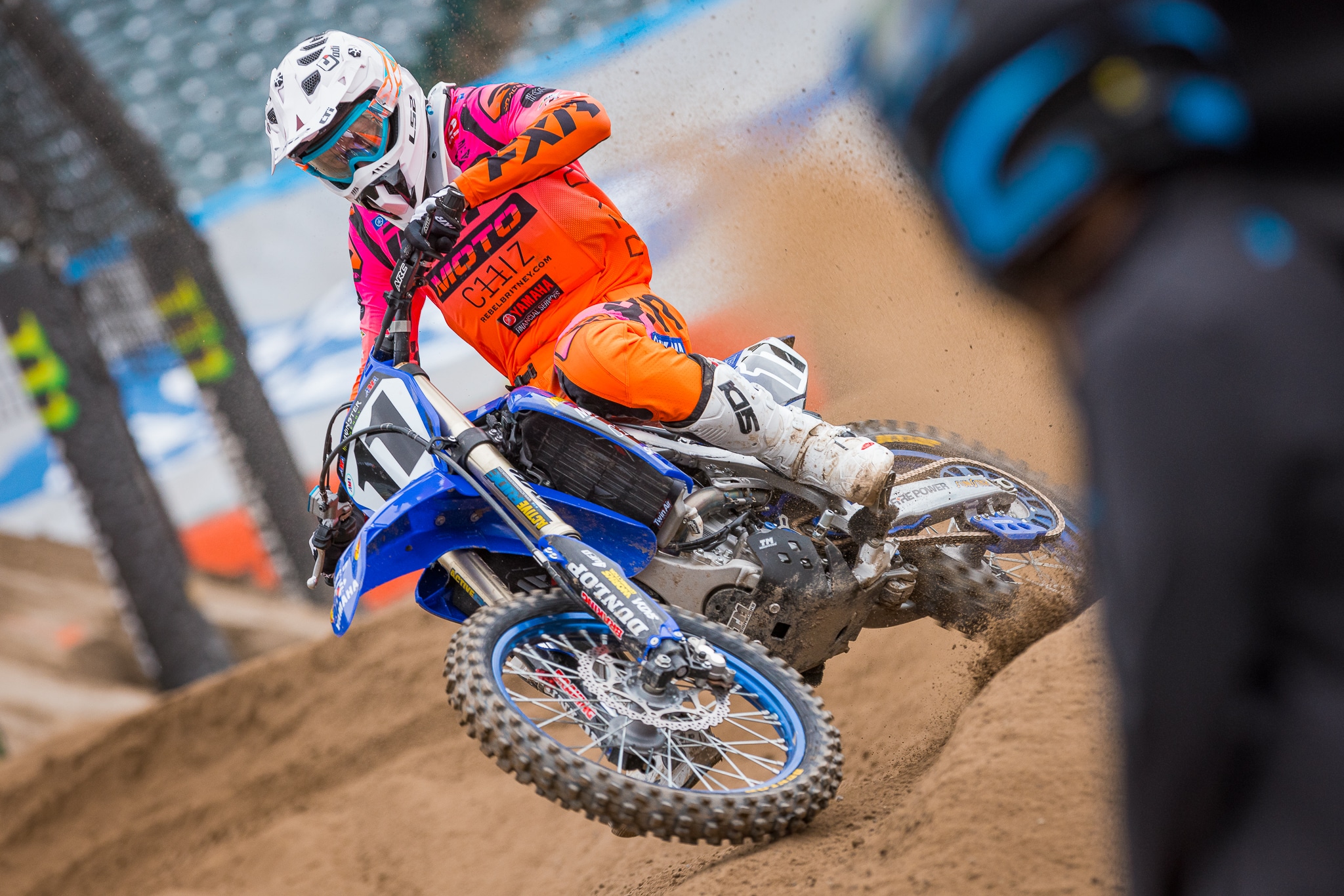 Kyle Chisholm managed to sweep the 450 LCQ, the top 4 four riders get to move onto the Mains. Hopefully you have Eli in your fantasy picks as the number 3 was half a second faster than second place.

Jason Anderson was the first to the front to get a fast lap time. Cooper Webb followed in second with Aaron Plessinger in third. Eli Tomac looked extremely fast and was extremely fast on the stopwatch as he moved to first place with Ken Roczen following his lead in second. Justin Brayton was looking very fast sitting in fifth place. Dylan Ferrandis eventually took his teammates position, but right as it was mentioned during the broadcast, Eli took his spot right back. Eli’s lap time was also nearly a whole second faster than Dylan’s which is pretty insane considering that the rest of the 450 field is spread across 3 seconds. Malcolm Stewart qualified well, sitting in third place at the end of the first qualifying session. When the track turns hard-packed.