Every year for the past six years Langston Motorsports, owned by Grant Langtson and his father Gerald, host a vintage bike show in front of their Perris, California, dealership. It has food vendors, product displays and oodles of classic motocross iron. So, when Aussie Dan Alamangos said he was going to display his 1979 Yamaha YZ125 and Ernie Becker’s unrestored 1981 Pro Circuit Husqvarna CR250 we gave him one of MXA’s EZ-Ups and some period correct riding gear and helmets—all he had to do was shoot some photos for us. Here they are. 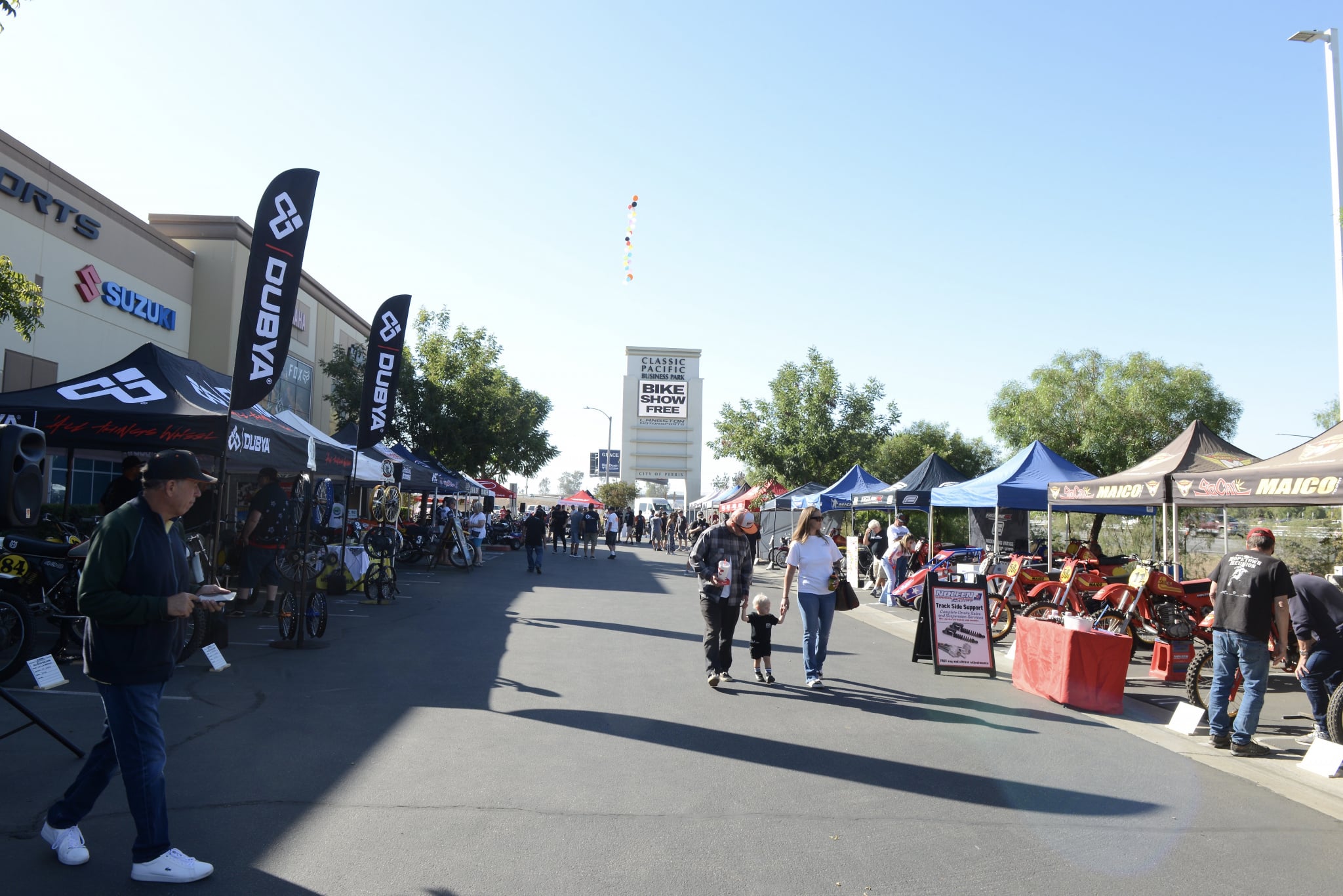 The display area spanned the front of a mall in Perris and was definitely worth taking a stroll down. John Anderson (right) from Dubya brought out a display of Dubya’s special line of vintage wheels and la selection of classic bikes from the Tom White’s Early Years of Motocross Museum. Now in charge of Mexico and South America for KTM motorcycles, Selvaraj Natayana was once a factory Maico mechanic at the German factory and the last man to work for Maico USA in America after they filed for bankruptcy. Ex-Maico factory racer Gary Chaplin recently finished building a replica of the bike he raced back in the day. It is a 1973 Maico 250 square barrel. Greg Poole is the owner of this rare factory prototype 1982 Husqvarna ATC250. Jim McIlvain, best known as Jimmy Mac to readers of Jody’s Box, was the man in charge of building the Husqvarna line of three-wheelers in partnership with Volvo. The project came to a halt when Cagiva bought Husky in 1987. This is a perfect Penton Six-Day 125 with a Sachs engine. John Penton designed the bikes and got KTM to build them for him—back before anyone in America knew what a KTM was. Scott Davis is the owner of one of only 14 JWRP mini Elsinores. Jeff Ward raced one in the 105cc mini Class