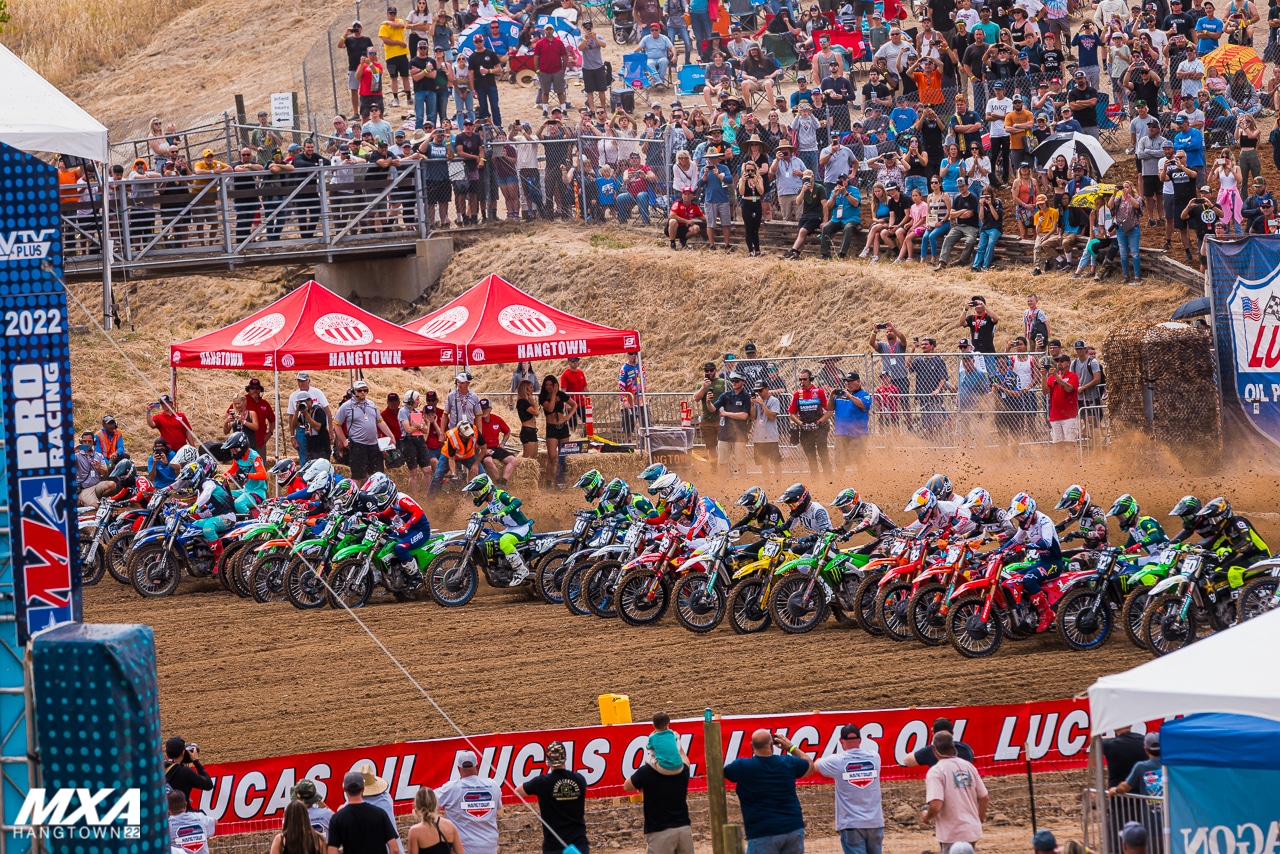 We’re past the halfway point now in the 2022 Pro Motocross season and Spring Creek marks the seventh trip on the 2022 calendar. Known for its rolling green hills and home of the Martin brothers, Spring Creek offers insanely fast speeds with high-intensity racing. In the 450 class, a single point separates the 450 veteran Eli Tomac from the points leader, Chase Sexton. For the remainder of the class, the points are more spread apart and the same goes for the 250s, now that Jett Lawrence has taken back the red plate from his brother Hunter. So buckle and scroll down below to find out everything you need to know about the seventh round in the season. When it comes to navigating the challenges of Spring Creek, there’s no better person than two-time AMA 250 National Motocross Champion and three-time Spring Creek National winner Jeremy Martin . The Millville native, younger brother of veteran racer Alex Martin, and son of the track’s owners, John and Greta Martin, will bring that unparalleled insight into the broadcast booth on Saturday, where he’ll make his debut alongside host and lead commentator Jason Weigandt as All-Star Analyst. Fire Power Honda and Max Anstie only signed up for three AMA Nationals this season and Millville will be their last scheduled appearance. But they have big plans for the rest of the year, but they won’t tell us what they are.

The Fire Power Honda team will make their final appearance in the AMA 25/450 Natioanls this Saturday at Millville. They only signed up to do three outdoor rounds and Millville is number three. They are coming off of a very successful weekend at Southwick with Max Anstie powering through the sand to to double top-five finishes.

Although Fire Power Honda doesn’t plan to reveal what its future plans are yet, it is no secret that they are signed up to be one of the ten authorized teams racing the FIM World Supercross under the name “Genuine Honda Racing.” No surprise there as Yarrive Konsky runs both Fire Power Honda and Genuine Honda Racing. Both teams are under Australian leadership and the World Supercross promoters, also Australian, were the main principals behind the Australian Supercross series. Max Anstie hopes to represent Team Great Britain at Red Bud on September 26 for the same team. Domestic television coverage in the United States from Southwick will feature a live broadcast of the motos on MAVTV Motorsports Network & Flo Racing.

In addition to network coverage, fans in the U.S. and in countries all over the world can stream all the action from Southwick online through their smart TV, streaming device, or mobile device using the new “MAVTV on FloRacing” channel. Peacock will carry exclusive streaming of the first 450 Class moto, while FloRacing and MAVTV will wrap up the afternoon with the second 250 Class moto and an encore of the second 450 Class moto. Qualifying coverage can also be seen on @AmericanMotocross YouTube.

“With the landmark 50th anniversary rapidly approaching, MX Sports Pro Racing has announced a unique and exciting addition to its historic broadcast package for the 2022 Lucas Oil Pro Motocross Championship, sanctioned by AMA Pro Racing. A collection of American motocross all-stars will join host and lead commentator Jason Weigandt in the announcers’ booth during the live broadcasts of all 48 motos this summer on MAVTV Motorsports Network and NBC TV Network, with streaming on MAVTV Plus.” The points are closer than ever as only one digit separates Chase Sexton from Eli Tomac. 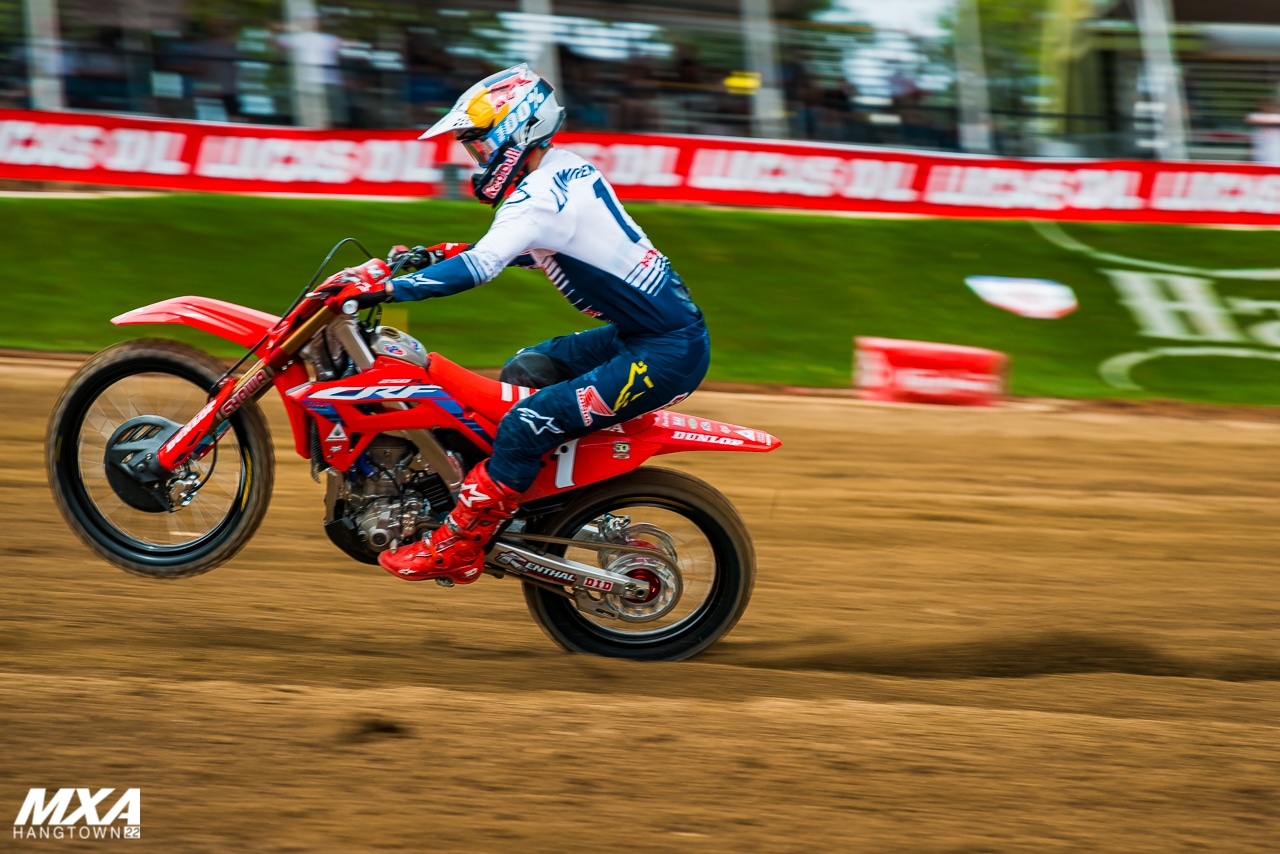 Jett regained the lead after riding flawlessly at Southwick.

BEST OF JODY’S BOX: AUSTRIAN BIKES WERE NOT RICE BURNERS, BUT DON’T TELL THAT TO A TEXAN

RICKY CARMICHAEL & THE TRIUMPH BOSSES ARE EXCITED FOR…

RUSSIAN GRAND PRIX REPLACED BY MAGGORIA, PLUS A SURPRISE GP