It’s RedBud season here in Pro Motocross as the crowd sports red, white, and blue and screams at the top of their lungs, RedBuddddd! Chase Sexton is in the points lead and the rest of the top 3 are insanely close. However, RedBud also marks the first time we’ll be seeing Pro Motocross streamed on Flo Racing this season, so if you’re experiencing problems with everyone’s favorite app MAVTV Plus (Edit: We started experiencing problems) you’ll have to subscribe to the other streaming service, Flo Racing. If you miss the stream, no worries, as we’re covering all the action here, so scroll down below to find out where the riders place in the motos. Justin Barcia took the inside line and also the holeshot as he barely squeezed out Eli Tomac. Ken Roczen moved into second and a lap later would fly past Justin Barcia through the massive roller sand section. Ryan Dungey and Jason Anderson had an insane battle with Ryan having a couple of near-death experiences, but maintaining fourth place. With 22 minutes, remaining, Jason made his way around Ryan and Chase Sexton would soon be next in line to duke it out with the vet. Jason Anderson made a mistake tipping over and would fall back to seventh. At 15 minutes left, Chase made the pass on Ryan Dungey for fourth. Eli made his way past Ken Roczen and the two Honda teammates would battle for second place.

But while we watched commercials, Ken Roczen fell through the pack all the way back to seventh place. On the final lap, Jason Anderson would make the pass on Ryan Dungey for fifth place. 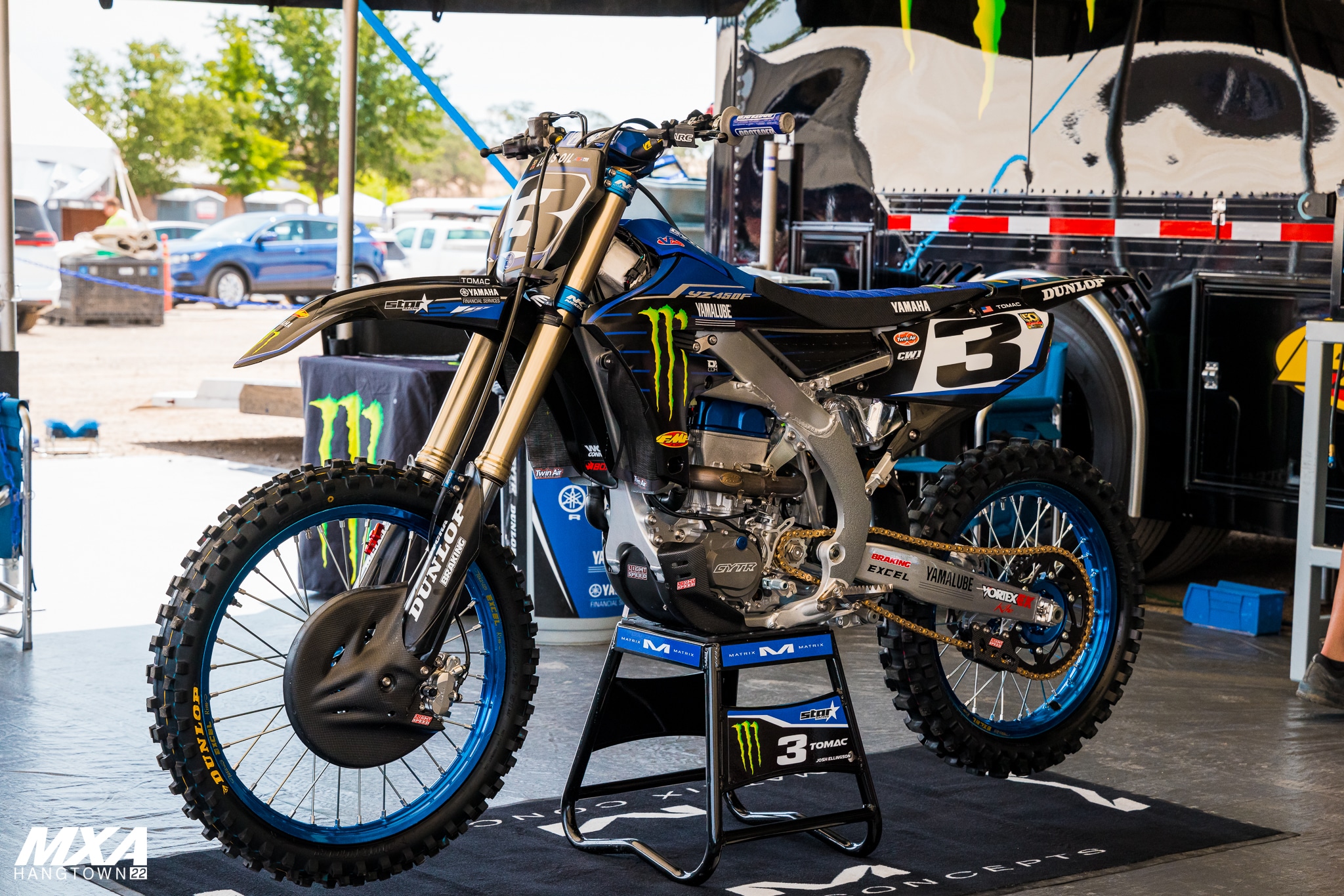 Eli Tomac grabbed the holeshot with Joey Savatgy right behind. Ken Roczen chased in third place with Justin Barcia getting a better start than normal. Chase Sexton made his way around Justin Barcia for fourth place and the track soon became one-lined. With nine minutes left, Chase Sexton cut the inside of the turn just before Larocco’s Leap, taking away Kenny’s line and the third place position in the race. Unfortunately for Max Anstie, the 34 suffered a mechanical and would have to pull off after running in seventh place. Chase Sexton and Joey Savatgy started battling at the three minute mark. After another lap, Chase made the pass on Joey for second place but still ran 11 seconds behind the leader, Eli Tomac.