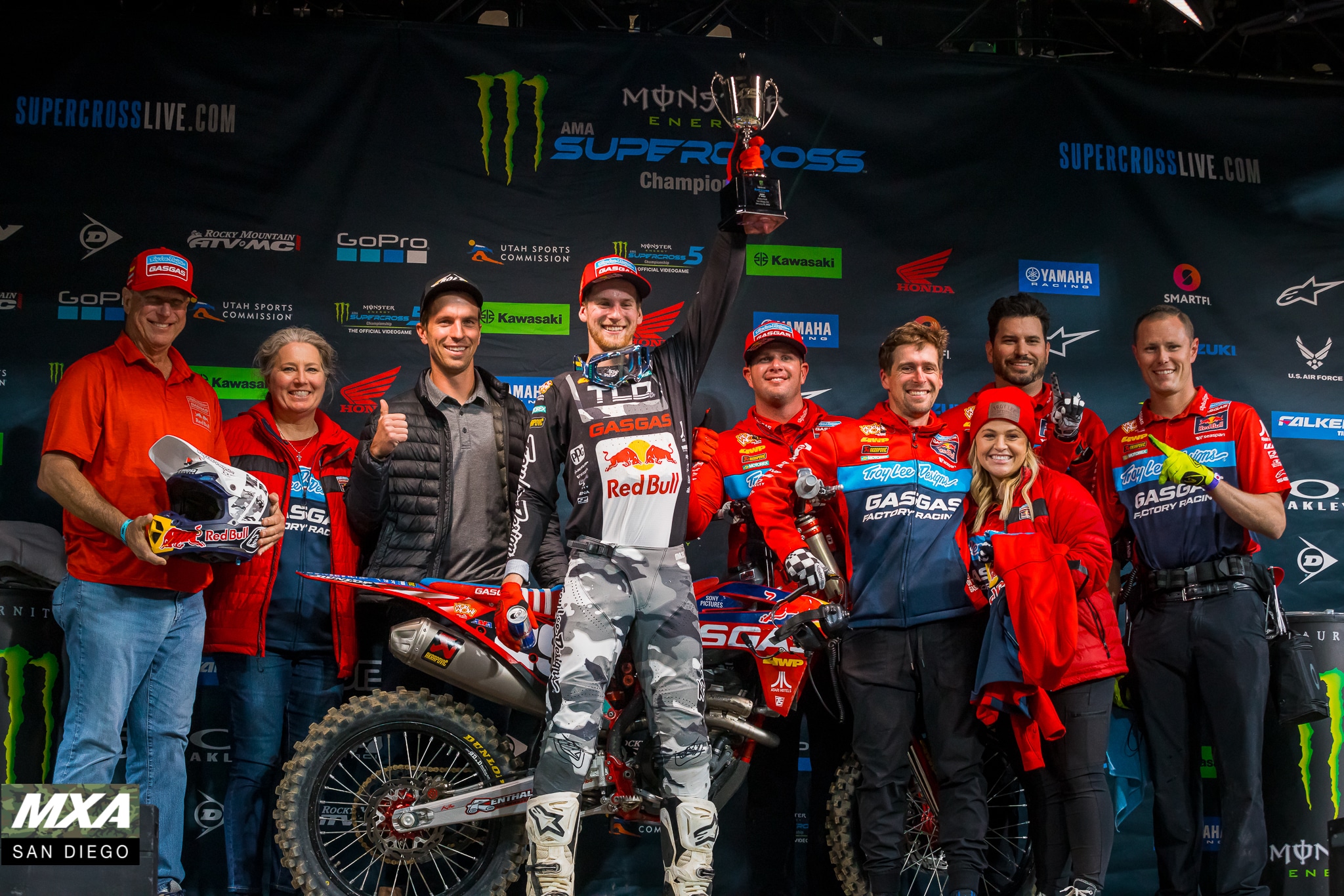 The San Diego Supercross is round three of the 2022 Monster Energy Supercross season and coming into this race, it has been Christian Craig who has won at both Anaheim 1 and Oakland. Michael Mosiman has been quick in qualifying and has won both of his Heat races at the last two rounds, but he’s crashed in both Main Events, causing him to have to come from the pack to finish 6th at A1 and 4th at Oakland. Hunter Lawrence has been consistent and quick with a third and second so far and Seth Hammaker was consistent as well, but unfortunately he will miss the San Diego Supercross and more of the following races after he crashed during the week and injured his spleen and back.

Motocross Action is on hand at San Diego covering all of the action. See below for results from the Heat races, LCQ and 250 Main Event as they are updated throughout the night. Click the Full Coverage link for more cool articles from San Diego. Michael Mosiman grabbed his first holeshot of the season and held onto it with Hunter Lawrence second. Christian Craig went down hard in the first turn, but he was able to rebound and come all the way from practically last to finish third place and salvage an 11-point lead. Christian Craig had a tough first turn crash and managed to come all the way back to third place. Michael Mosiman had a fifth place start, but he closed in on Christian Craig in the final laps of the Heat race.

Vince Friese started up front early and he led for about a lap and a half until Christian Craig got around him in the whoops. The track is currently slick here in San Diego and the riders were searching hard for traction in the corners and straightaways. In the end, it was Christian Craig who was able to get by and win with Michael Mosiman making an aggressive pass on Friese to get into second. Mosiman caught Craig towards the end of the race, especially when lapper came into play. 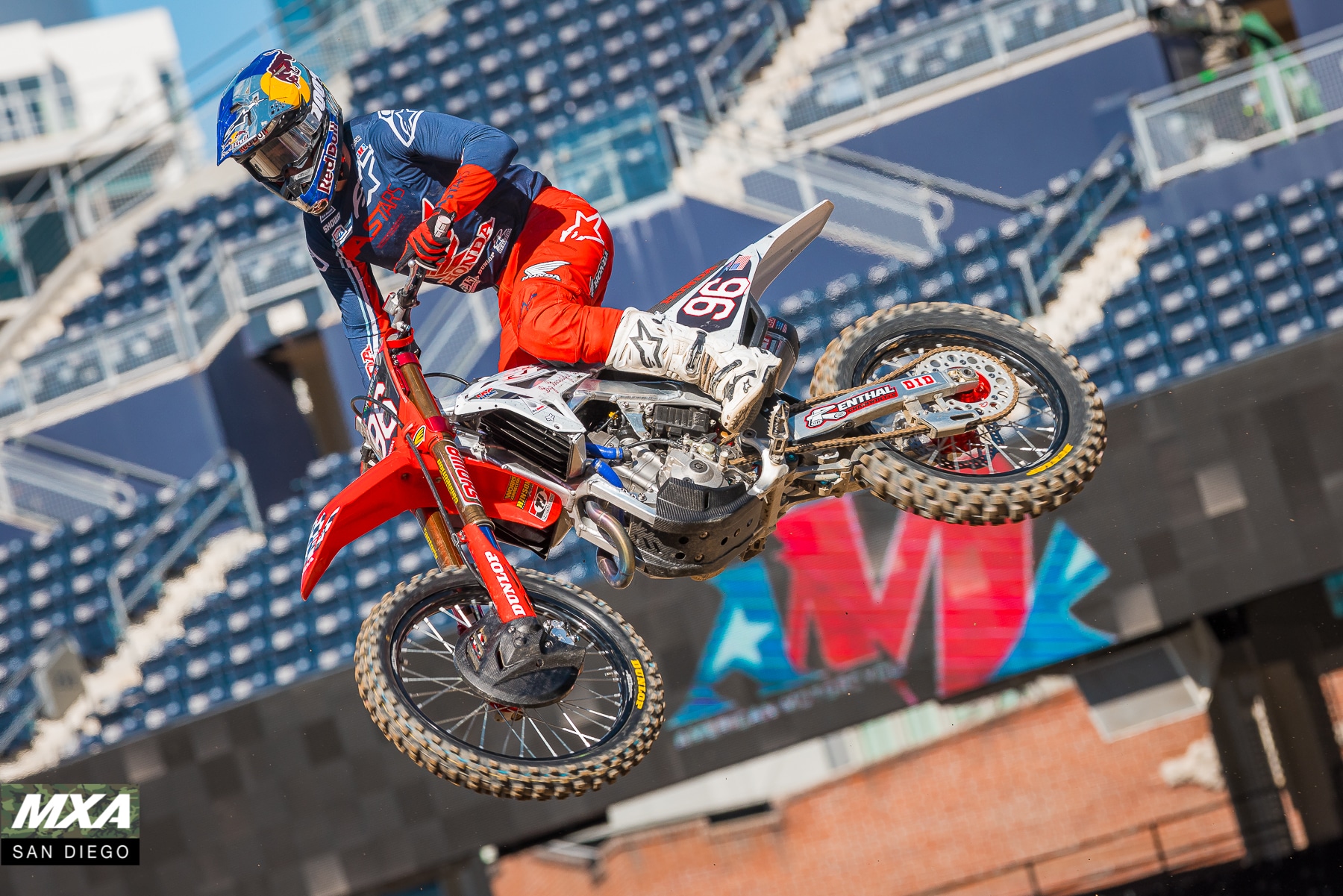 Hunter Lawrence qualified second quickest and he will line up in the first Heat race of the night.

Carson Mumford grabbed the holeshot and amazingly lead the first two laps on his BarX Suzuki RMZ250, but it was Hunter Lawrence who was able to make the pass on him and later Chris Blose and Garrett Marchbanks got by as well. Jerry Robin was battling hard for a transfer position and actually was ran into on the landing of a jump while he tried to square up another rider, but amazingly he was able to stay on two wheels and keep racing. Garrett Marchbanks finished 4th at A1 and 8th at Oakland. 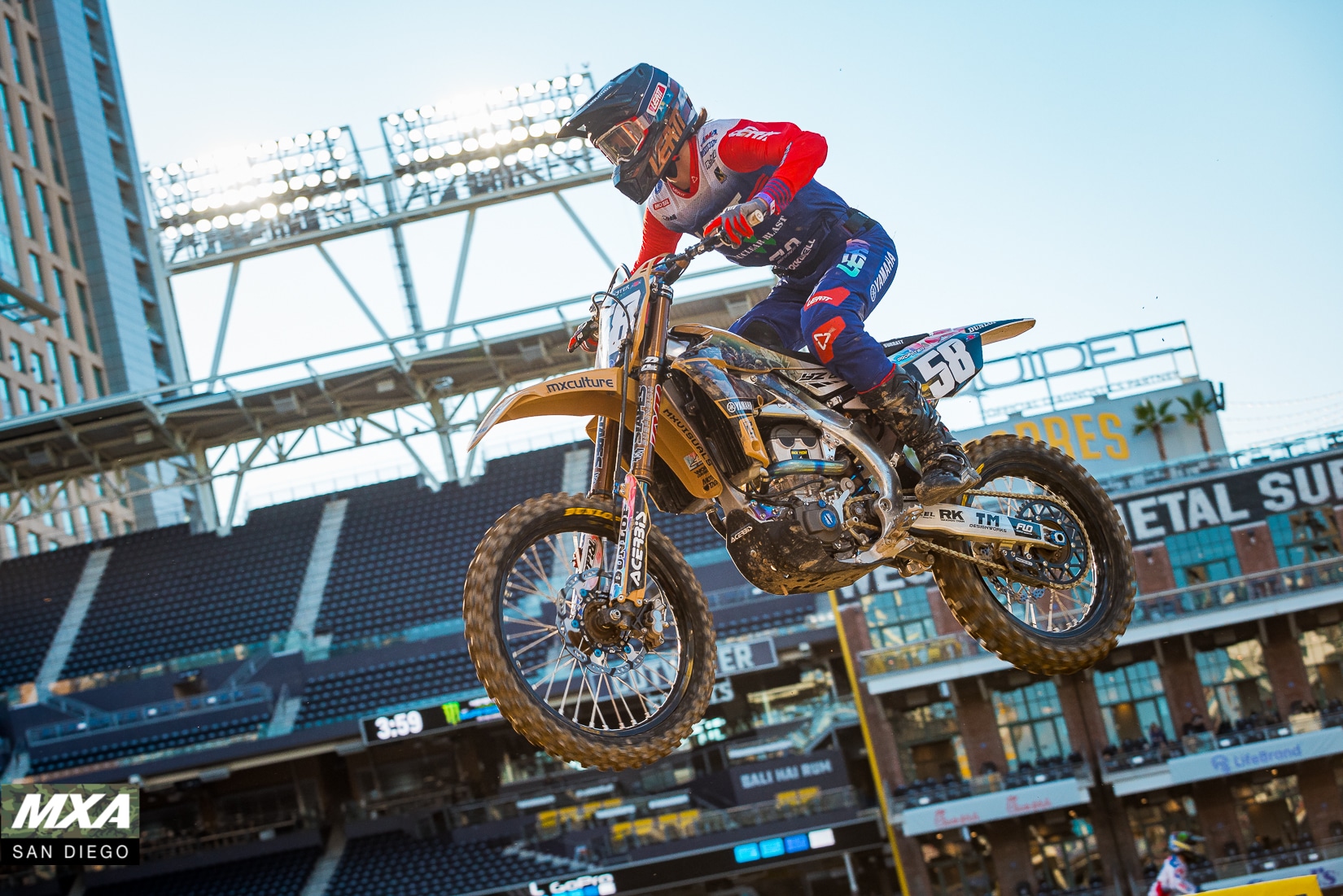 UPDATED 2022 SUPERCROSS POINT STANDINGS AFTER ROUND 9