Press day at the 2022 Seattle Supercross is already in the books and all of the teams, riders and fans are excited for Round 12 of racing to get underway at the Lumen Field in Seattle, Washington. Coming into Seattle, Eli Tomac has a large points lead and all the momentum in the 450 class, with Jason Anderson, Malcolm Stewart, Cooper Webb, Chase Sexton and Justin Barcia doing their best to knock him off his throne. In the 250 division, we will have some new faces back at the races with Christian Craig, Michael Mosiman, Hunter Lawrence, Jo Shimoda and the rest of the 250 West field excited to get back to racing. See below for our best shots from Friday at Seattle and click the link below for the current point standings, TV and streaming schedule, Press Day video and more: SGB Honda’s has an ultra cool CR250SX two-stroke on display at their rig that you can enter a raffle to win by scanning the QR code at the race or by checking out motostarinc.com and clicking the links there to pay $25 for a ticket on PayPal or CashApp to get entered to win. Sadly, after a string of bad races, Jason Anderson is 51-points behind Eli Tomac in the 450SX Championship point standings. Eli Tomac just has to stay out of trouble for the next six races and this title is his. The pits are indoor this weekend in Seattle, but the stadium doesn’t have a roof and it’s subject to weather. Eli Tomac has won the last four Main Events in the 450SX class and if he wins again at Seattle, he’ll tie his career best of five 450SX Main Event wins in a row. He set his record in 2017 when he won rounds 9 through 13. After a big get off at Anaheim 3, Jo Shimoda has been on the bike again for two and a half weeks and he’s ready to go racing again at Seattle. Cooper Webb had a big get-off at Detroit, but he bounced back, riding with a contusion in his left shoulder and broken bone in his left hand, to finish 5th at Indy. Michael Mosiman earned his first 250SX win at San Diego this year. He is second in the 250 West Point standings, 28-points behind Craig. 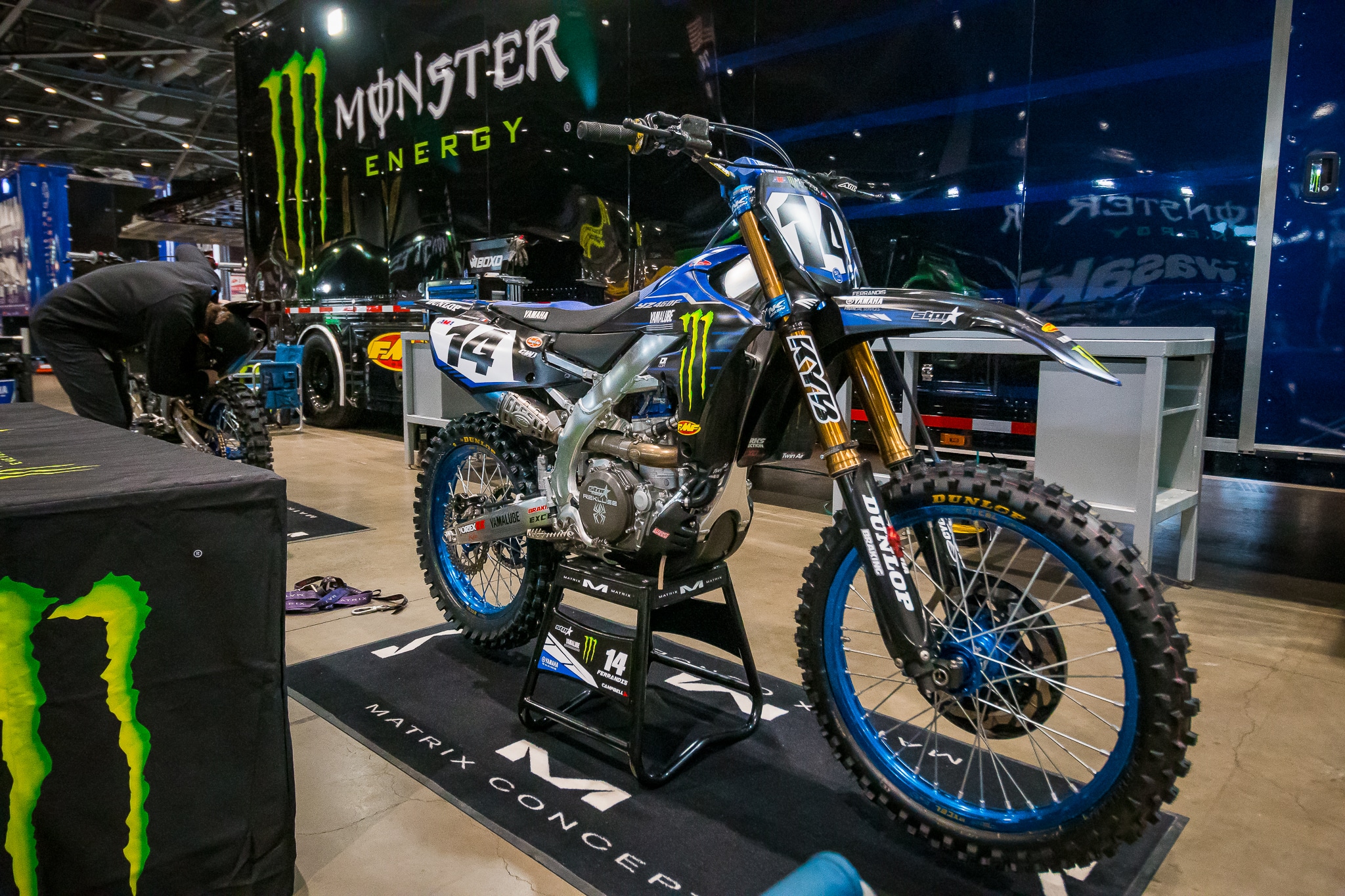 Dylan Ferrandis will miss Round 12 due to his wrist injury he sustained at Detroit two weeks ago. He hopes to start riding again next week. Hunter Lawrence is third in the 250 West Point standings after having a big get-off at Anaheim 3 that kept him from finishing the race. Mitchell Oldenburg and Vince Friese are swapping bikes again. Mitchell is racing the 250SX East class and the 450 class whenever the series is on the West and Friese is doing the opposite. Dean Wilson’s Rockstar Husqvarna getting some new Dunlop tires put on for the race. Cameron Camera has one of the most unique names in motocross. He’s also Hunter Lawrence’s mechanic. The AEO KTM team will certainly be the most popular privateer team in the pits this weekend with Pacific Northwest local Carson Brown riding for the new KTM team. Christian Craig is ready to go again with the red plates still on his Star Racing Yamaha YZ250F.