The 2022 Pro Motocross season has finally arrived at the sandiest track on the 2022 circuit, Southwick! Located in Massachusetts, Southwick offers terrain that will be the biggest competition for the riders. In the 250 class, there has been an exchange of red plates between the Lawrence brothers, as Jett’s disastrous engine failure last weekend has allowed his brother, Hunter to gain the points lead. Even though the two Australian brothers have dominated the series so far, we’re only halfway through the season so anything can, or won’t happen. Find out what happens when the riders get sand in their shorts at Southwick down below. 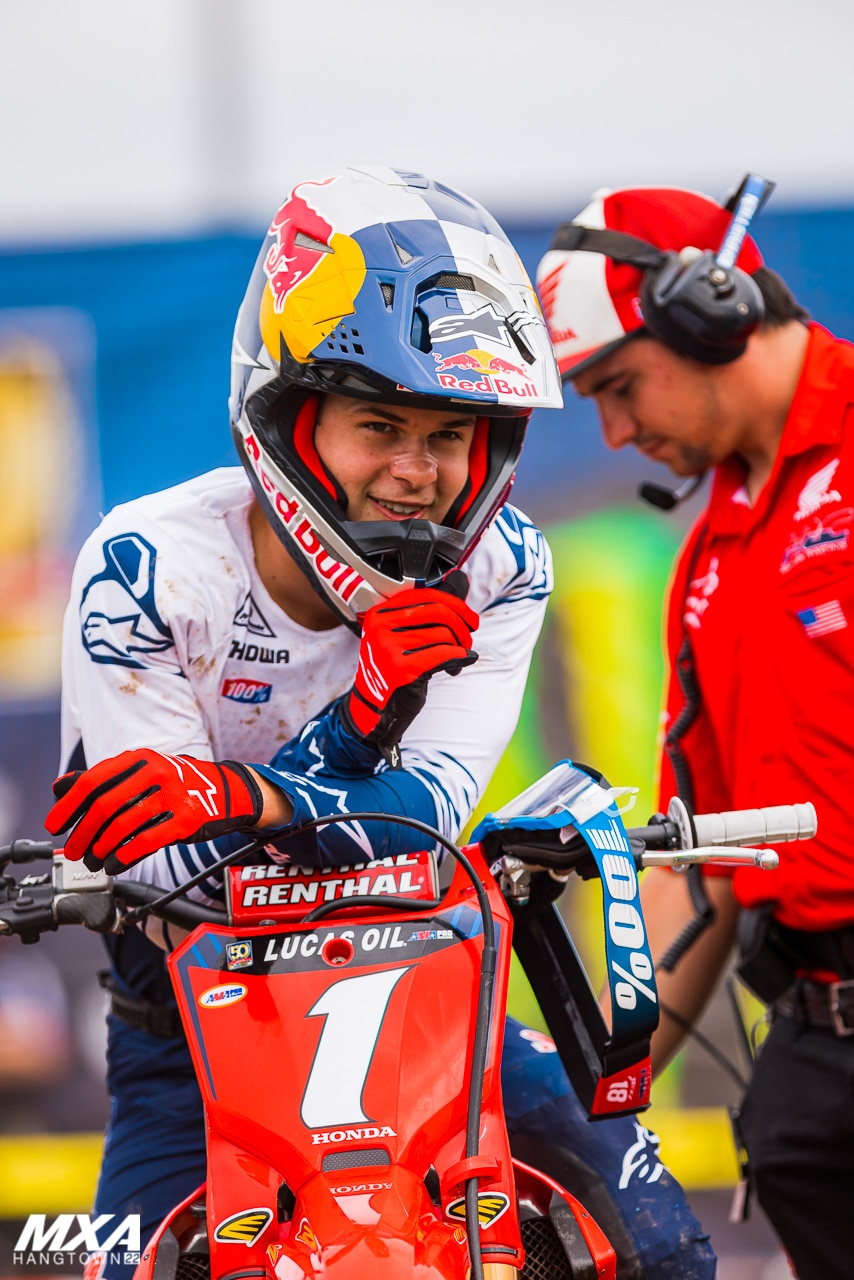 Jett Lawrence and Justin Cooper nearly tied for the holeshot with Jett coming out victorious. Levi eventually made his way around Justin Cooper for second place while the points leader, Hunter Lawrence was all the way back in eighth. After eight minutes, there was a battle for third place between Justin Cooper, Stilez Robertson, and Jo Shimoda. Halfway through the race, Jo pulled the gnarliest sky wheelie and miraculously saved it.

With 12 minutes left, Jo closed the gap on Justin for third. Jo would become successful two minutes later. Not much else would happen as Jett would once again win another moto. Jett Lawrence would grab the holeshot with Justin Cooper in second and Nick Romano in third place. As Jett’s lead grew to over 7 seconds before they reached the 20 minute mark, Jett would fumble in the sand and lose the lead to Justin Cooper. However, Jett would sit in second for long as Justin Cooper also made a mistake losing first place to Jett. But the mistakes only continue as Hunter Lawrence went down after making contact with Stilez Robertson in air, and then getting plowed into on the backside of a jump.