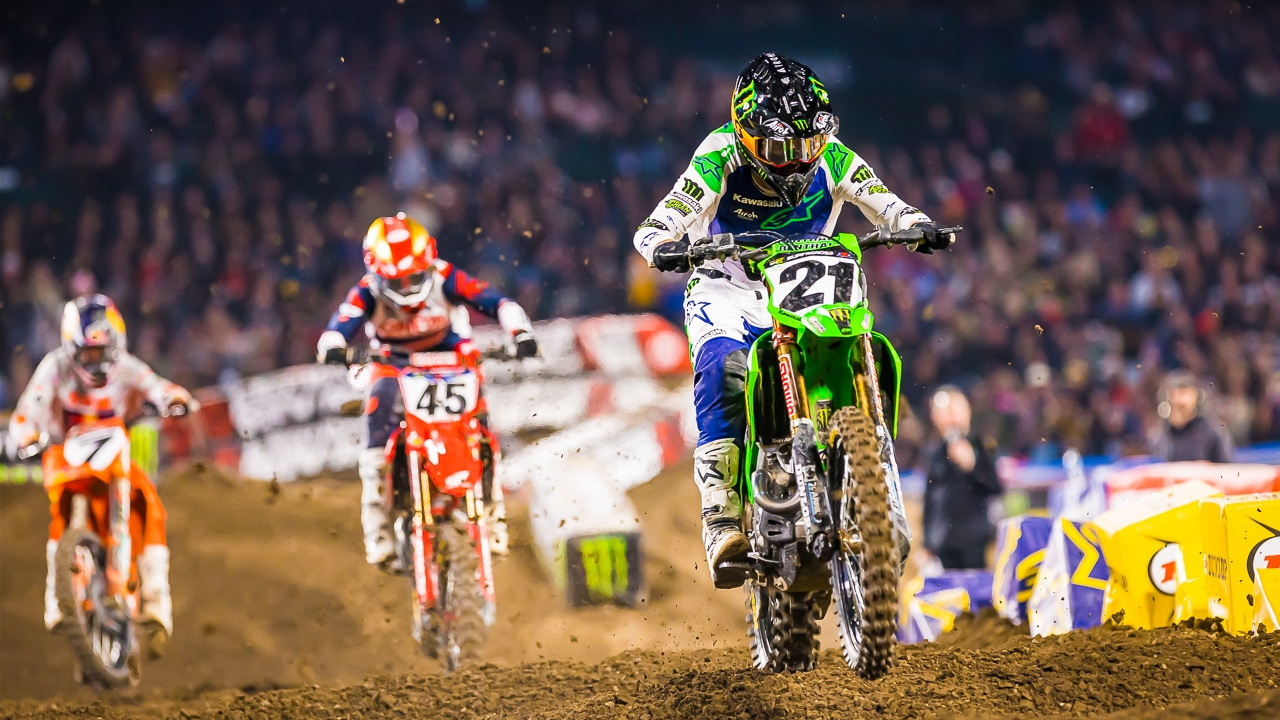 We’ve only made it one round into the 2023 Supercross season before things got really interesting for the series. The second round of the 2023 season was postponed due to the city of Oakland suffering major rainfall. Thankfully for the series, there were two scheduled weekends that the Supercross riders had off. Fortunately, one of those weekends, Feb.18, would align with Oaklands schedule. The unfortunate part is that the riders and teams are definitely going to add some miles on their vehicles, traveling all the way from Tampa, Florida, back to Oakland, California, and then back to Texas. We’re glad that this will work out but now let’s talk about the upcoming round in San Diego, held at a brand new venue, Snapdragon Stadium.

The Peacock premium streaming service costs $4.99 per month and it provides LIVE coverage of the daytime qualifying sessions at each Round and live coverage of each Supercross race. International Supercross fans can now watch LIVE using the SuperMotocross Video Pass streaming service (Supermotocross.tv) which costs $129.95 for a one-year subscription. We won’t be seeing Supercross at Petco Park this year. Instead, the third round will be held at the new Snapdragon Stadium which is now the home of the San Diego State football team. So why the change? Well, we don’t know the exact reasoning from Feld just yet, but we can list off a few… One of the first things that comes to mind is the pits. While it may not be a big deal if you’re a spectator to walk up and down the block to check out the factory rigs, it can be slightly annoying if you’re in the industry. Pictured is the pits at Petco Park which can be found several blocks away from the stadium. This meant to get a bike, rider, and mechanic to the entrance of Petco Park, you will have to travel several blocks, and then wrap around the entire stadium just to get to the bike entrance. Snapdragon will solve this issue with the pits being connected directly to the stadium. Here’s an aerial view of Snapdragon. One of the most interesting facts is that it is directly next to the now demolished Qualcomm Stadium. San Diego has had three different Supercross venue—Jack Murphy Stadium, Qualcomm Stadium and no Snapdragon Stadium. We don’t even need to get too deep into the nightmare that is parking downtown in San Diego. Now don’t get us confused, we loved shooting in Petco Park. It was beautiful, provided ridiculous scenery, and was a stone throw away to the naval ships. However, we are excited to be somewhere new. Check out a full list of the Top 100 ranked riders and their new race numbers for the 2023 season by clicking here.

Heading into the 2023 season, Eli Tomac will have the number one plate on his Star Racing Yamaha YZ450F and all of the regular contenders you know and love, who’ve already secured two-digit career numbers, will have the same call signs. However, young guns like Austin Forkner, Jo Shimoda, Michael Mosiman and more have updated numbers headed into the new year. The San Diego track map has one interesting trick up it’s sleeve, a massive right hand turn sweeps across the start straight. POINT STANDINGS AFTER ROUND 1 Eli Tomac started his late season push at the very first round, winning his first-ever season opener. It’s going to be interesting seeing Eli come out this strong at the start of the season. On another note of past champions, Jett made the first round super uninteresting, smoking the rest of the field. Will Jett be able to dominate both coasts before moving to a 450? 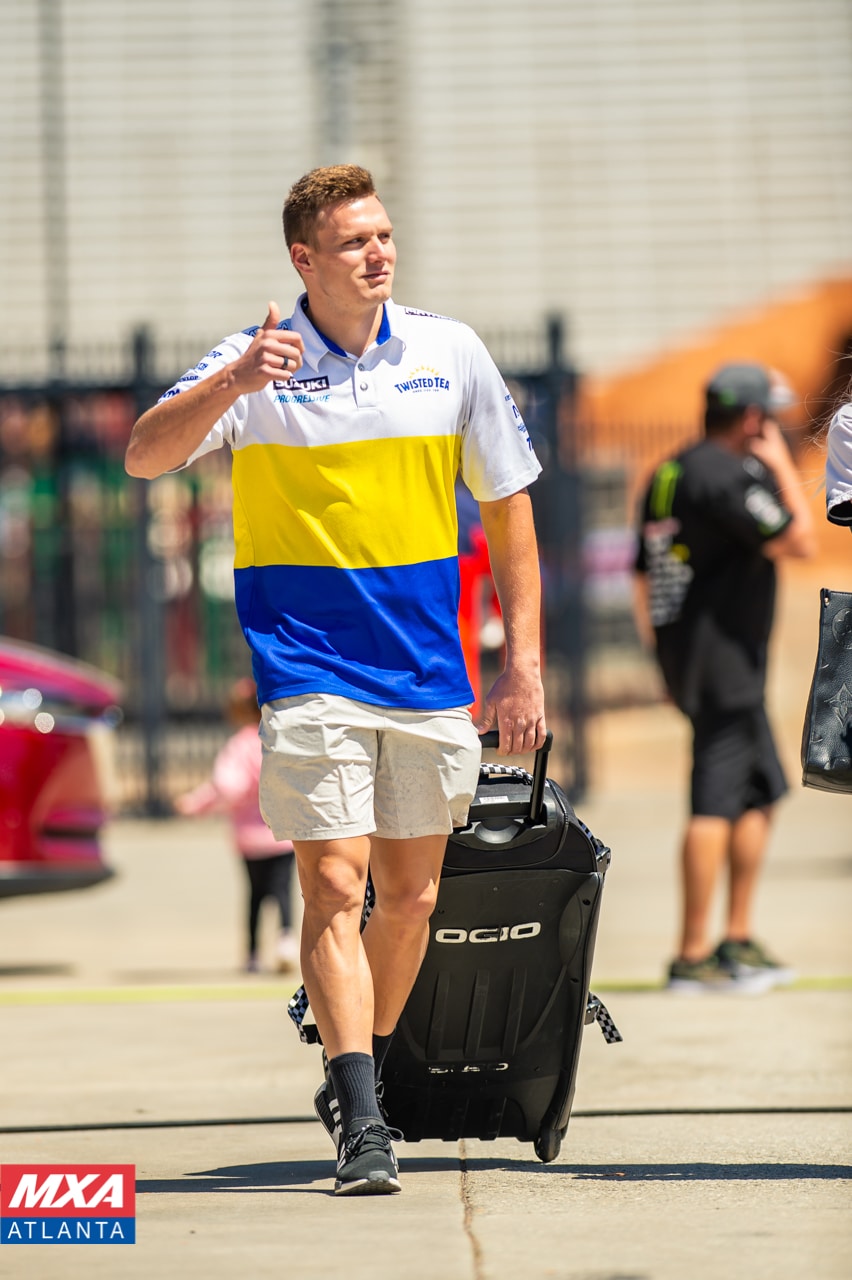 Brandon Hartranft offseason injury was the most severe and he is still in the recovery process, unsure of when he’ll be fully recovered. The Twisted Tea/Progressive/HEP Motorsports/Suzuki rider suffered multiple fractures to the lumbar spine, ribs, and shoulder, as well as a hip displacement.

Brandon Hartranft posted via instagram: “Tuesday I was training and did this rhythm. It was a 3-3-3-on off. Well the middle of the 3 triple my bike cut out and I landed head first which caused L1-L2 endplate fractures, L3-L4 transverse process fractures, L1-L3 spinous process fractures, left hip dislocation, right rib fractures 5-7, right scapular fracture, and right hemothorax with chest tube placement.” 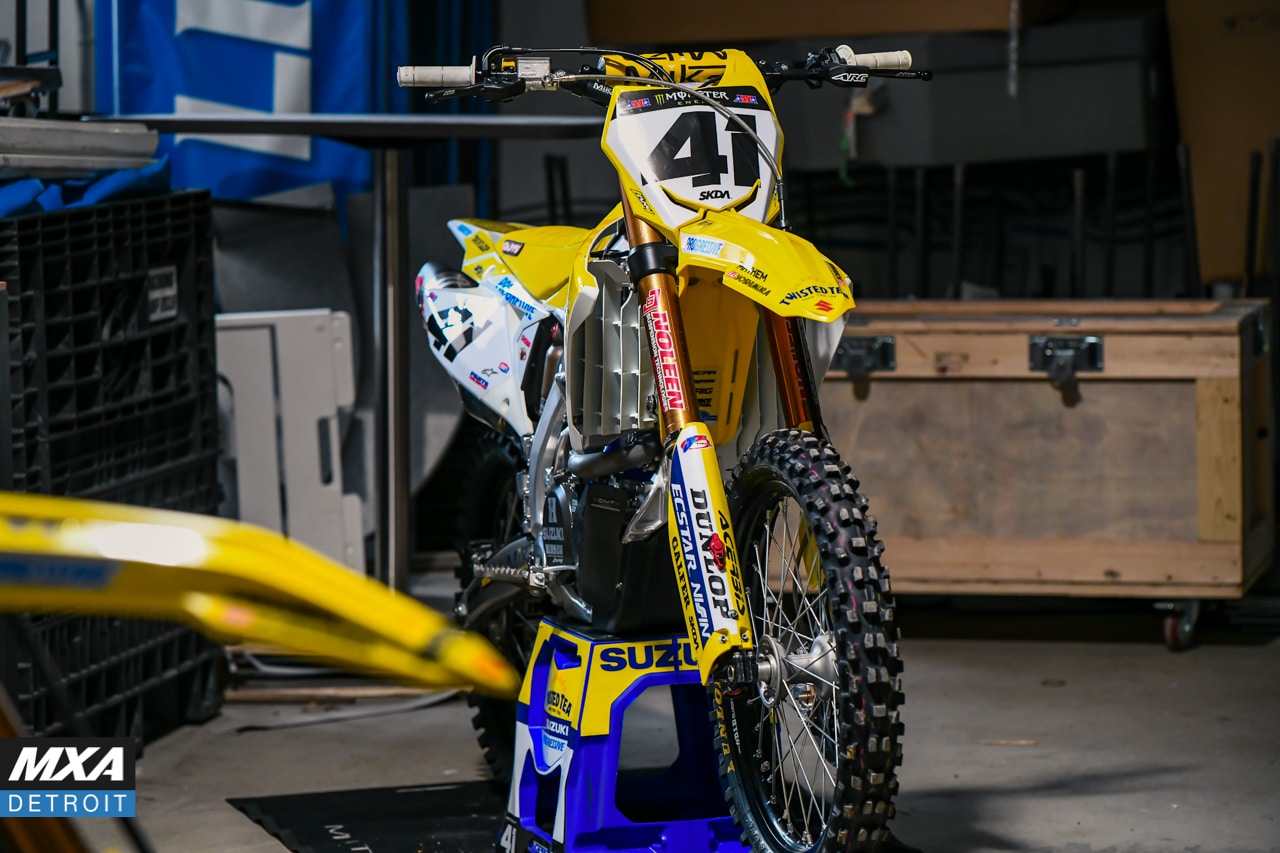 Brandon Hartranft’s spot on the Twisted Tea HEP Suzuki team has been replaced by Shane McElrath. Jeremy Martin’s debut with the ClubMX Mic-Off Yamaha team will be delayed until the East Coast regional Supercross series kicks off in February after a big practice crash at the ClubMX Training Facility. Click here to watch the ClubMX vlog video. 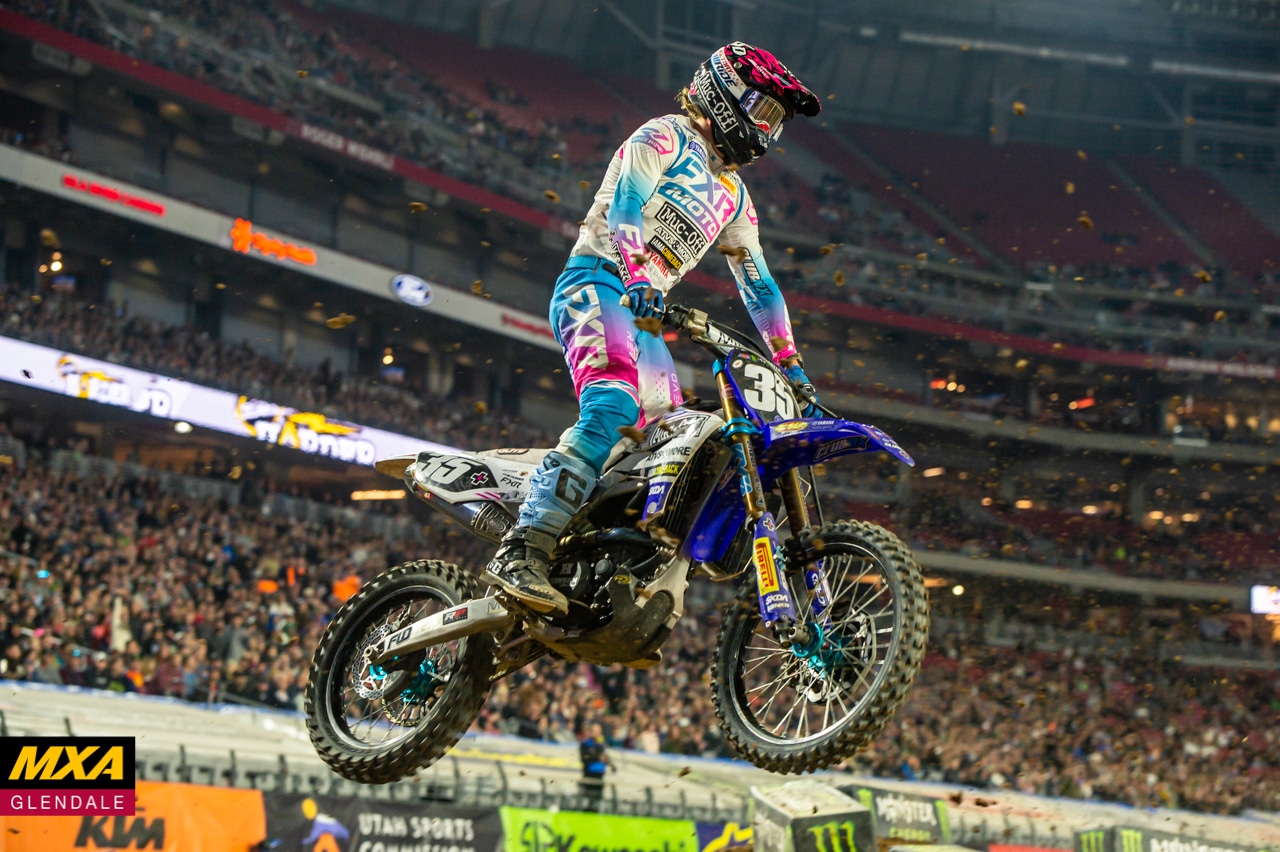 Garrett Marchbanks was planning to race the 250 West Coast series, but he broke his wrist while training.

ClubMX Yamaha issued a statement: “The sport of Supercross is inherently dangerous whether it is practicing or racing. Recently Garrett Marchbanks suffered a minor setback and broke a bone in his wrist. The good news is, the original plan was for him to compete in the East coast schedule and with some luck, he will be ready to go. There are still several weeks before the series starts in Houston so we are optimistic for his return. I will give another update as it gets closer.”

WHY OAKLAND WAS POSTPONED

THIS WEEK IN MXA: 2023 SAN DIEGO SUPERCROSS PREVIEW, CAN ANYONE BEAT TOMAC?