The 15th round of the 2019 Monster Energy Supercross season is underway in Denver, Colorado. The weather has been crazy all day in the mile high city. It started out with snow falling in the first qualifying session and then the sun came out and the track dried out quite a bit in the final timed qualifying session. After qualifying the Dirt Wurx crew groomed the entire track and watered it. So far it’s slick and greasy right now with wet dirt on top with a hard blue groove base. Michael Mosiman showed some serious speed by leading a few laps in Denver. After sliding out he eventually dropped back to fifth place.

In the 250 LCQ Garrett Marchbanks grabbed the holeshot and he rode a smooth race to take the LCQ win. Chris Blose rode a solid race to finish second with Enzo Lopes and Blaine Silveira finishing third and fourth. Garrett Marchbanks takes the win in the 250 LCQ after having a mechanical issue in his heat race. Chris Blose finished a close second in the 250 LCQ. Enzo Lopes finished third and qualified into the main event on his JGR Suzuki. In the second 250 heat race it was Adam Cianciarulo who would ride a smooth race to take the heat win. Rj Hampshire held off a hard charging Dylan Ferrandis to place second and Michael Mosiman showed some great speed by finished fourth. 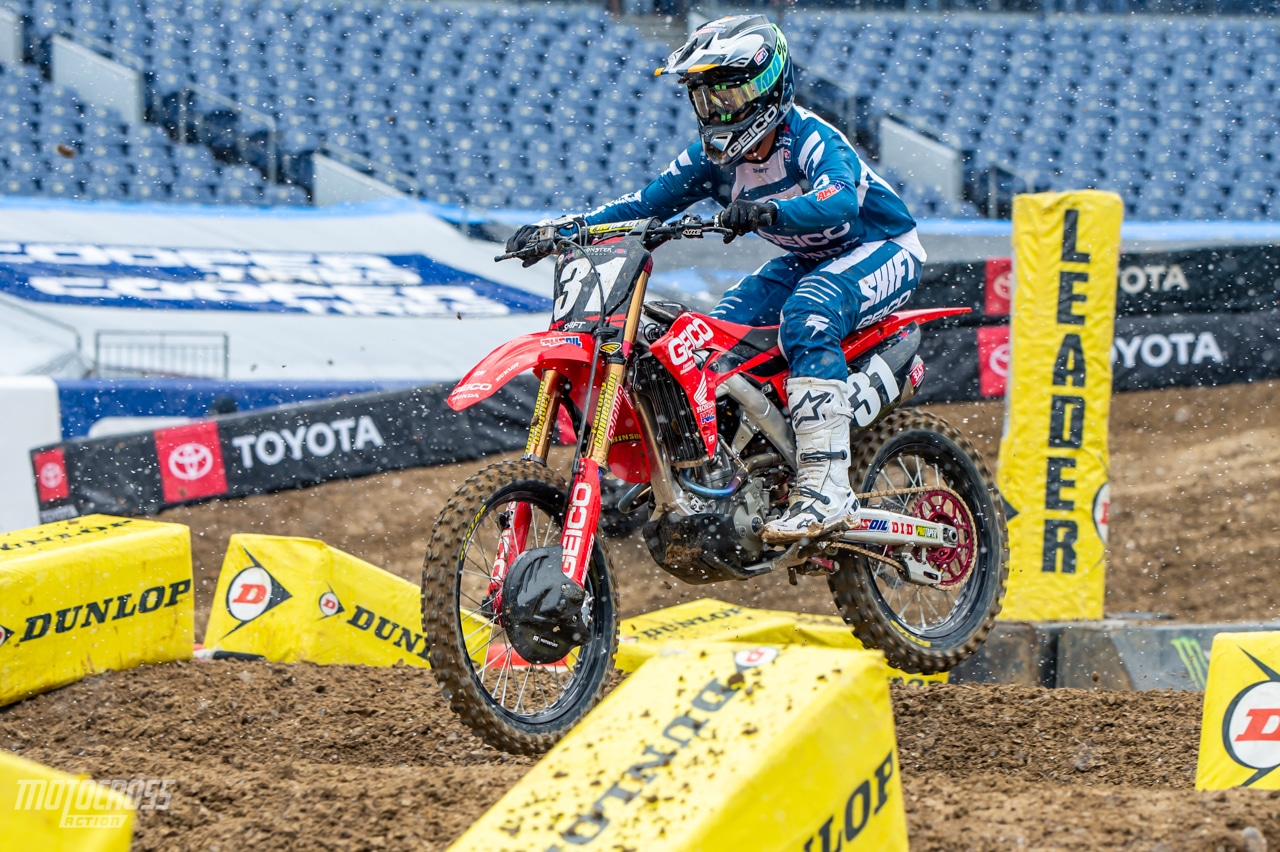 Colt Nichols wins the first heat race of the night.