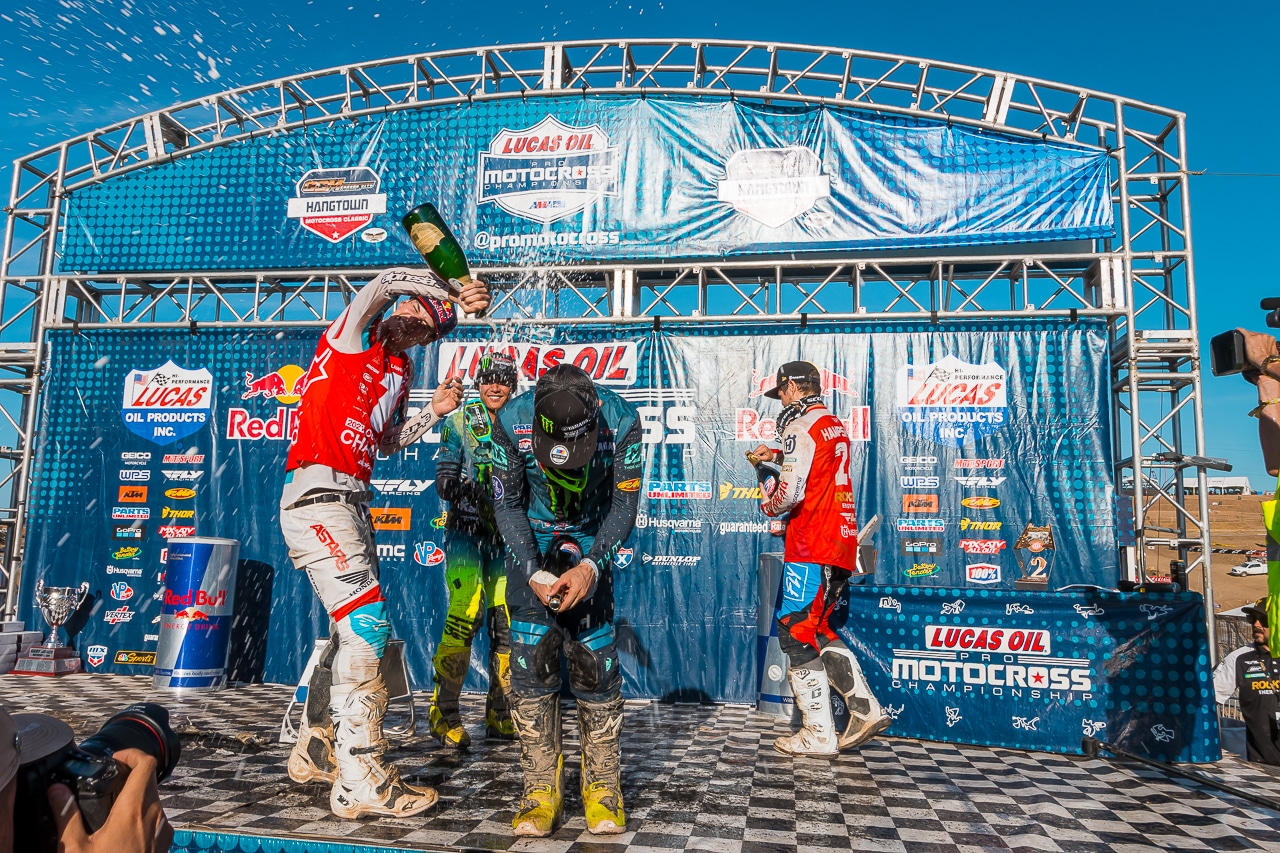 The last round of the Lucus Oil AMA Pro Motocross National was held at the Hangtown motocross park in Rancho Cardova, California. By the end of the season usually, two racers have broken away from the pack in a championship battle. This year in the 250 class, it was the Aussie, Jett Lawrence and the Star Racing Yamaha rider from New York, Justin Cooper. Towards the end of the season, Jett started to be more consistent in the front of the pack and was winning races. As the points sit, Lawrence will have to make some big mistakes to lose this championship at Hangtown.

The 450 results are brought to you by Luxon MX. 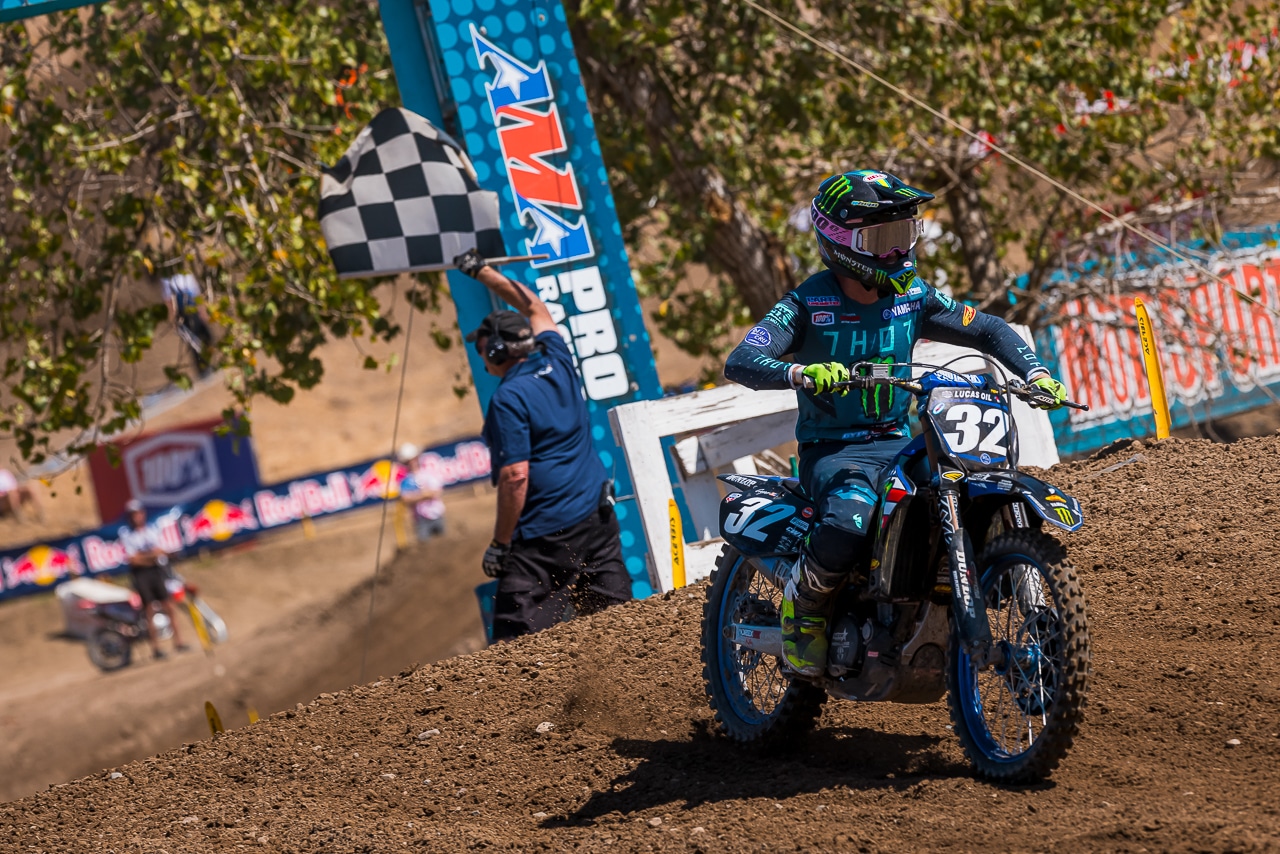 Justin Cooper goes 1-1 on the day but it wasn’t enough to win the championship.

The rookie racer of Josh Varize got into the lead with Ty Masterpool second and Justin Cooper third. Cooper went to the front before the first lap was over. While Jett Lawrence was around the top ten he tried to make the pass on Max Volhand and went down dropping with outside the top ten.

If the race ended like this Justin Cooper would win the championship. Jett would need to finish 7th to win the number 1 plate.

While Cooper had a comfortable cushion of a lead of five-second to Jo Shimoda Jett was pushing hard to make passes. By the sixth lap Jet was up to fifth place and would win the championship by two points over Cooper.

Jett caught up to 3rd place and got a buffer to win the 250 National title. Justin Cooper was the race winner by going 1-1 on the day. 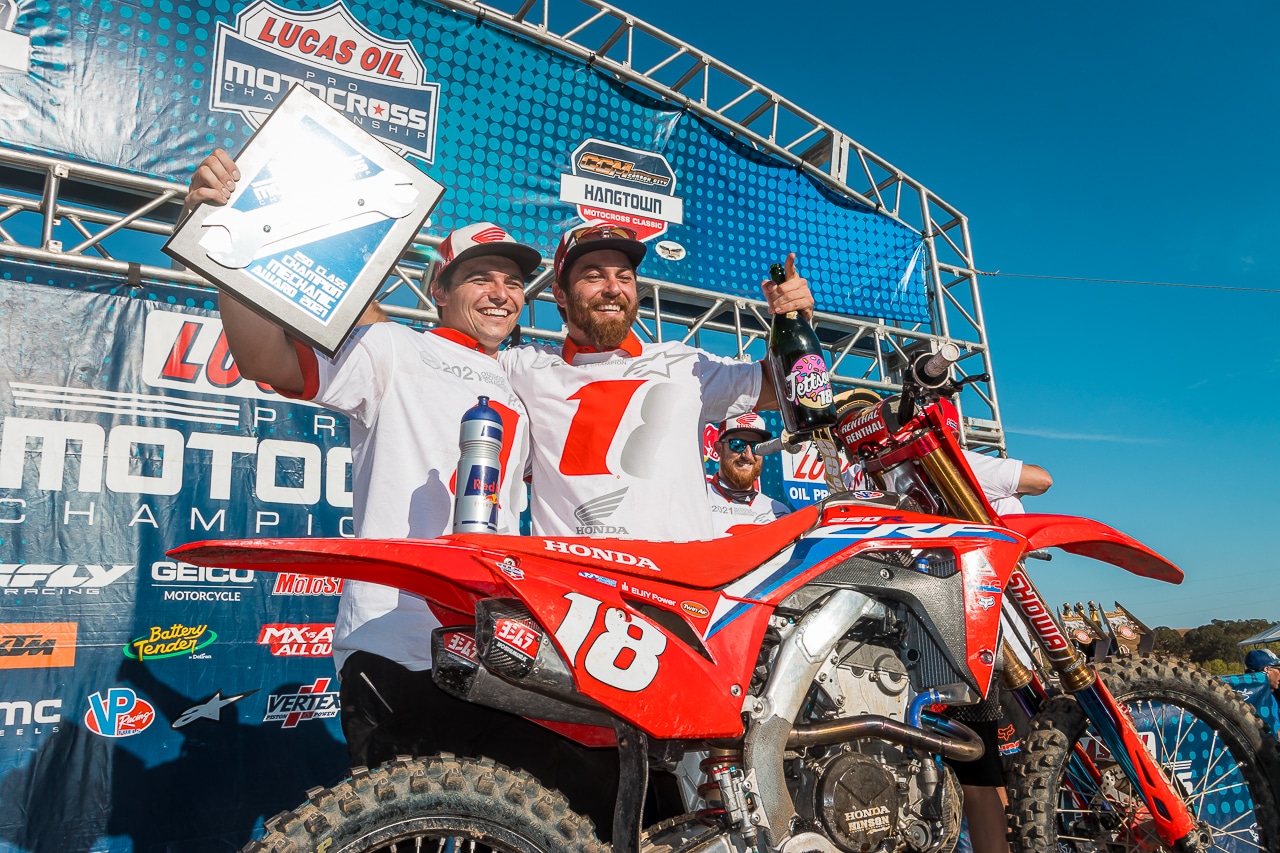 Jett Lawrence went 8-3 on the day to hold on to the championship. 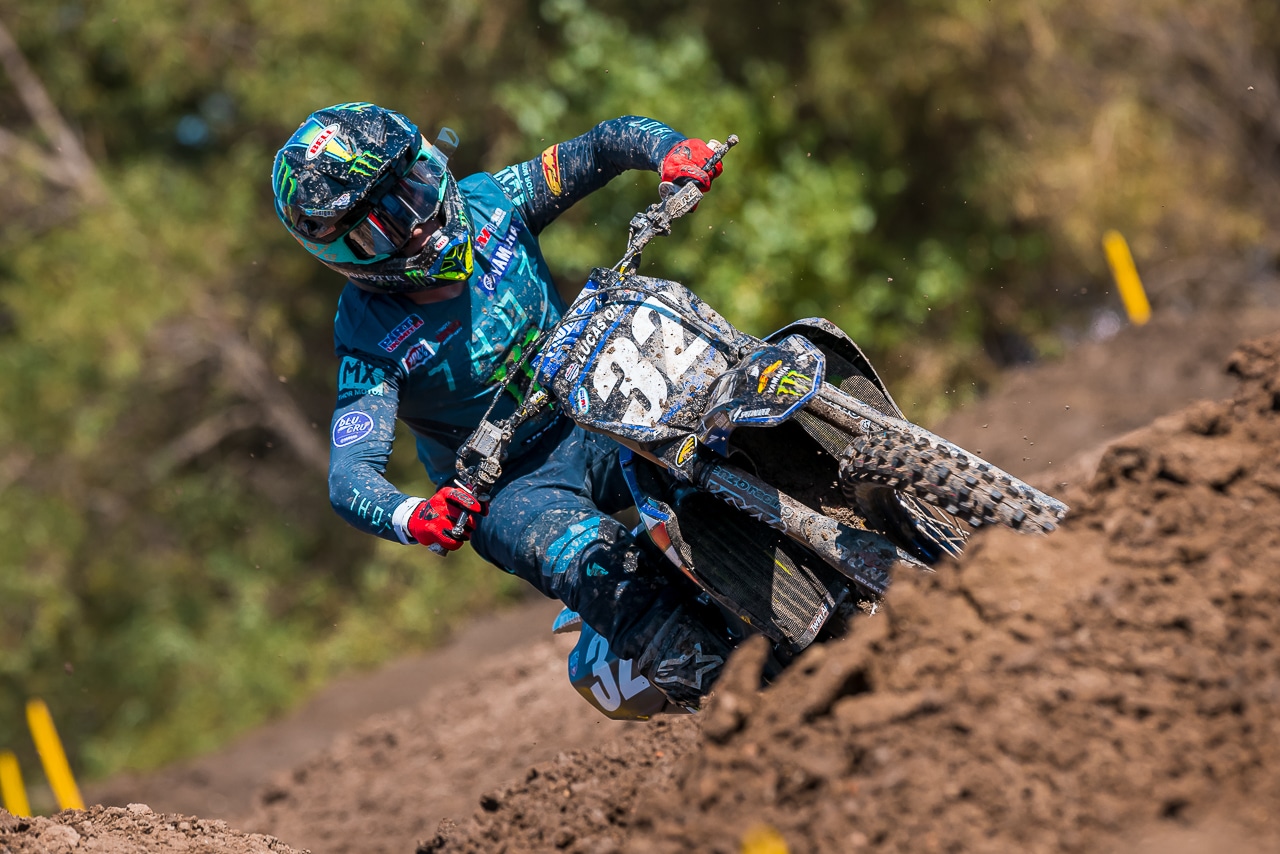 Justin Cooper got the holeshot with Jett Lawrence going down twice early in the race dropping him down past 20th place. If Cooper won and Lawrence scored zero points Cooper would take the points lead going into the second moto. RJ Hampshire was in second with Dilan Schwartz in third.

With 8 minutes to go Michael Mosiman and Dilan Schartz took each other out who were third and fourth. All the while Jett Lawrence worked himself into the 10th.

On the last lap, Justin Cooper almost crashed as he lost the front end and went off the track. It was a close call. Cooper pulled it together to win the race. Lawrence rode unbelievable to pass Frye on the last lap for 8th place. 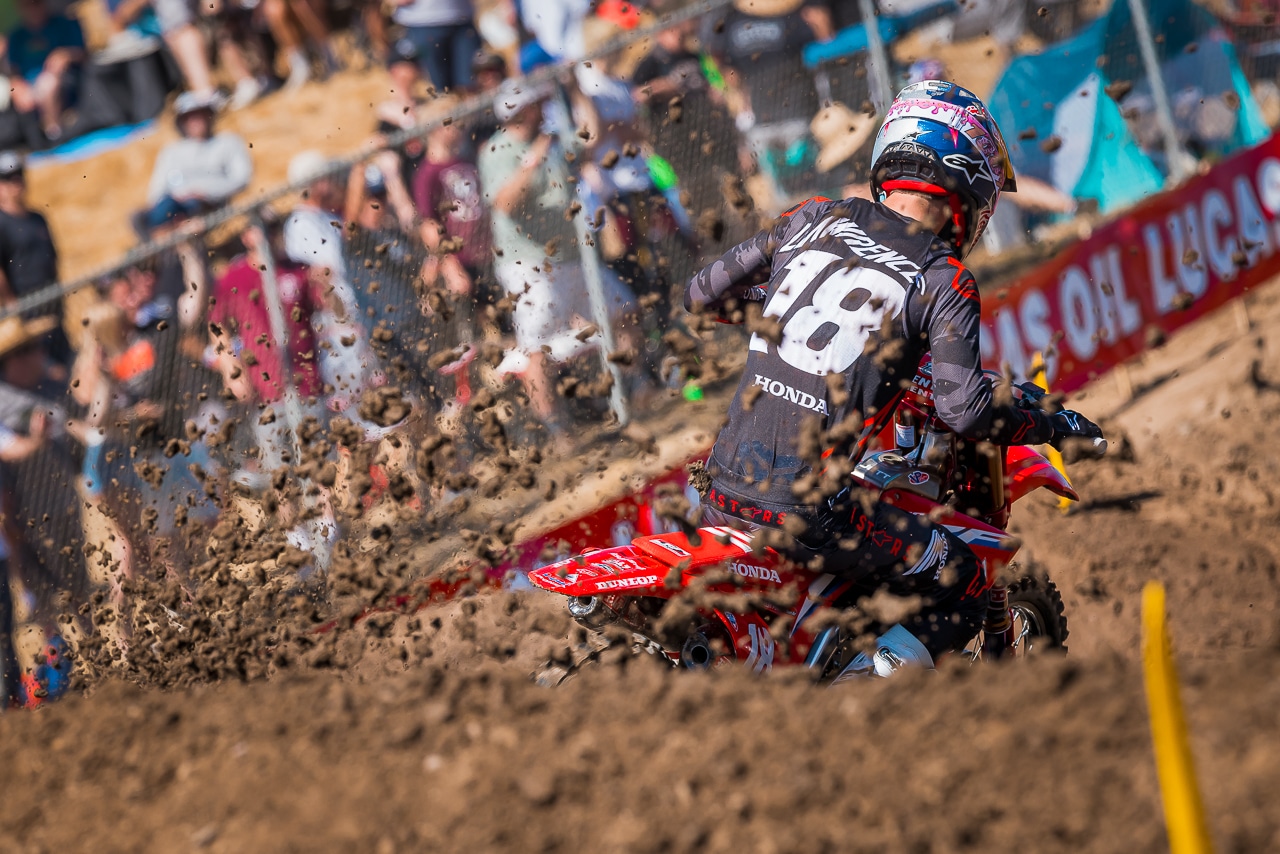 Jett crashed twice in the first few laps but rode hard to work his way up to 7th.