When we got the weather report and saw what the track looked like in the morning before qualifying, we had anticipated that the first Orlando Supercross round would be nothing short of a mudder. But thankfully due to the track crew’s quick actions and the sun coming out, the track started to shape up excellently after the first rounds of timed qualifying.  The track started to resemble something close to a Californian test track, where the dirt is hard packed but the top layer remained to have a somewhat sticky surface. Comparing the first qualifying times to those of the second session, the times were significantly faster showing that the riders were fully capable of racing on the wet Orlando dirt. Christian Craig remained to be the fastest in timed qualifying followed by Colt Nichols and then Jett Lawrence taking third. This is also the last race for the East Coast riders before they take an eight-week break before heading to Salt Lake City for the final rounds. So who do you think will win in Orlando? Will Colt hold on to the points lead or will Christian Craig grab the red plate from his teammate? Find out down below as we report LIVE from Camping World Stadium in Orlando, Florida. The East Coast wasn’t finished taking down the top 250 riders.

Jett Lawrence took the lead and grabbed the holeshot just in front of Colt Nichols and Christian Craig. With his wrist being injured, Christian Craig still held on behind his teammate and already the three race leaders set a sizeable gap on the rest of the competition. Jo Shimoda battled for fourth place with Kevin Moranz while Mitchell Oldenburg sat just behind the number 30. Jo made the pass on the privateer and so did Mitchell Oldenburg a lap later. With 10 minutes remaining, Jett established a 1.7 second lead on Colt and Christian sat four seconds behind the leader. Jo sat 11 seconds behind the leader and soon the 250 pack started to spread apart. Colt put the pressure on Jett with 8 minutes remaining and started to close the gap on the Australian. With 7 minutes remaining, the leaders were deep in lap traffic. By the end of the race, the leaders had already lapped all the way up to fifth place and Jett would win the race. Jett Lawrence would win the Main Event in Orlando. Christian Craig went down hard in the second Heat Race.

Mitchell Oldenburg secured the holeshot in the second Heat Race but a few turns later would get passed by Christian Craig. Jett Lawrence also made the pass on Oldenburg and sat in second place behind the Yamaha rider. But a few turns later Christian Craig would go down hard holding his wrist. Christian still looking at his wrist rode off the track and Jett Lawrence would take the lead. Jett’s lead grew on the Muc-Off Honda rider to a four second gap with only two minutes remaining. Hand sat in third place followed by Sanford and Fleming. Jett Lawrence would win the race with a large gap on second place. Mitchell Oldenburg got second in the second Heat Race. Colt placed second in timed qualifying and first in his Heat Race. Jo has shown that this is the year his consistency on a motorcycle pays off. He has yet to win a Main Event but there is no doubt that his smooth racecraft has paid off. 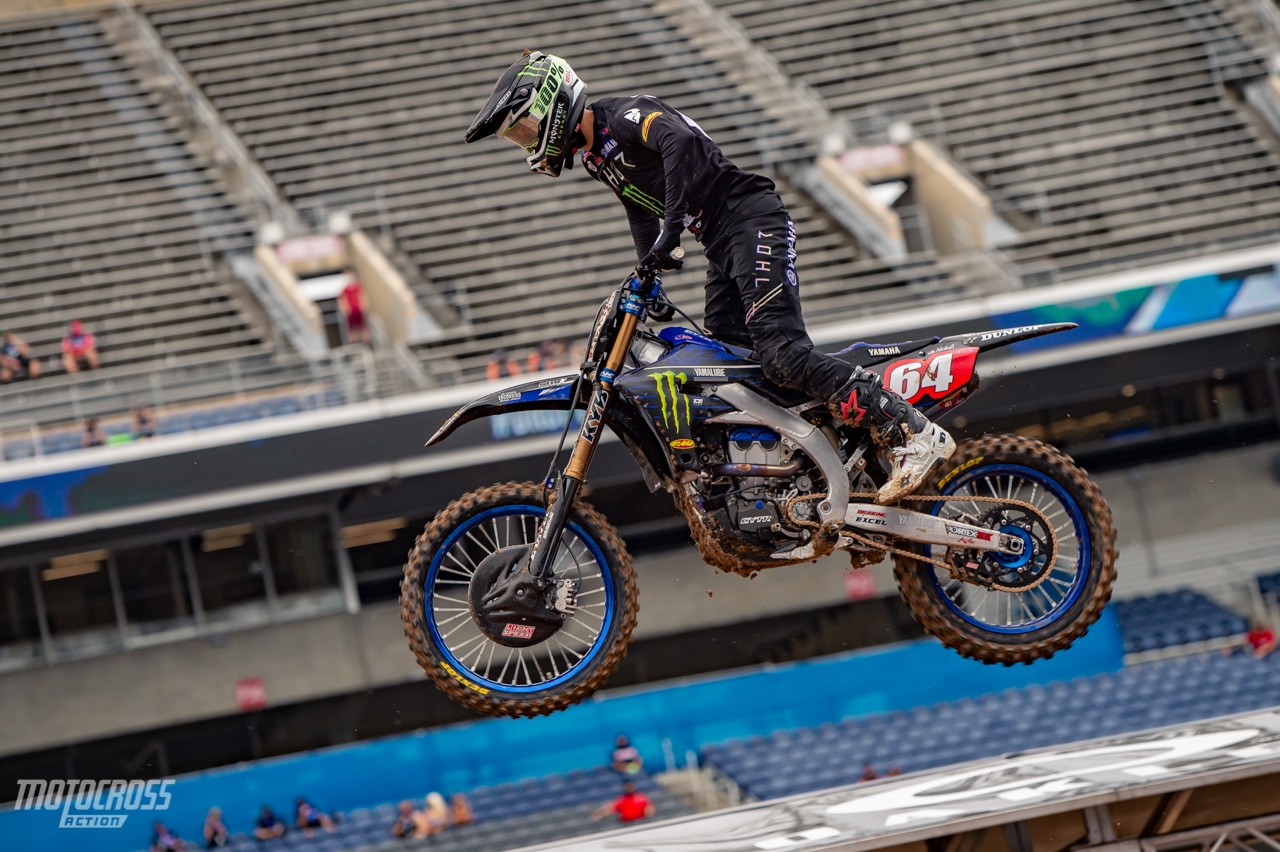 One rider we weren’t expecting to be in the LCQ was Christian Craig, but after having a nasty crash, he had no choice.

Simonson took the holeshot but three turns later, the injured Christian Craig would take the lead of the LCQ. Despite being injured, Christian’s natural speed would carry the 29 to the Main Event.

TOP 4 MOVE ON TO MAIN EVENT