Over the last few years Craigslist has become a hot spot for finding hidden two-stroke treasures. The MXA wrecking crew is not manned with Craigslist’s junkies, but we do find it hard to resist a diamond in the rough. There are dangers associated with buying used bikes from an internet site—it is hard to judge quality from some amateurish photos. Every good Craigslist story is matched by a nightmare. You could get a good deal or a bag of worms. The key to success is asking the right questions before throwing down cold hard cash. So, when a “barely ridden” 2006 Honda CR250 two-stroke came up for sale—the questions were asked and the deal was consummated. It turned out that the bike in questioned belonged to a Vet racer who bought it to ride in the desert, but didn’t put many miles on it. 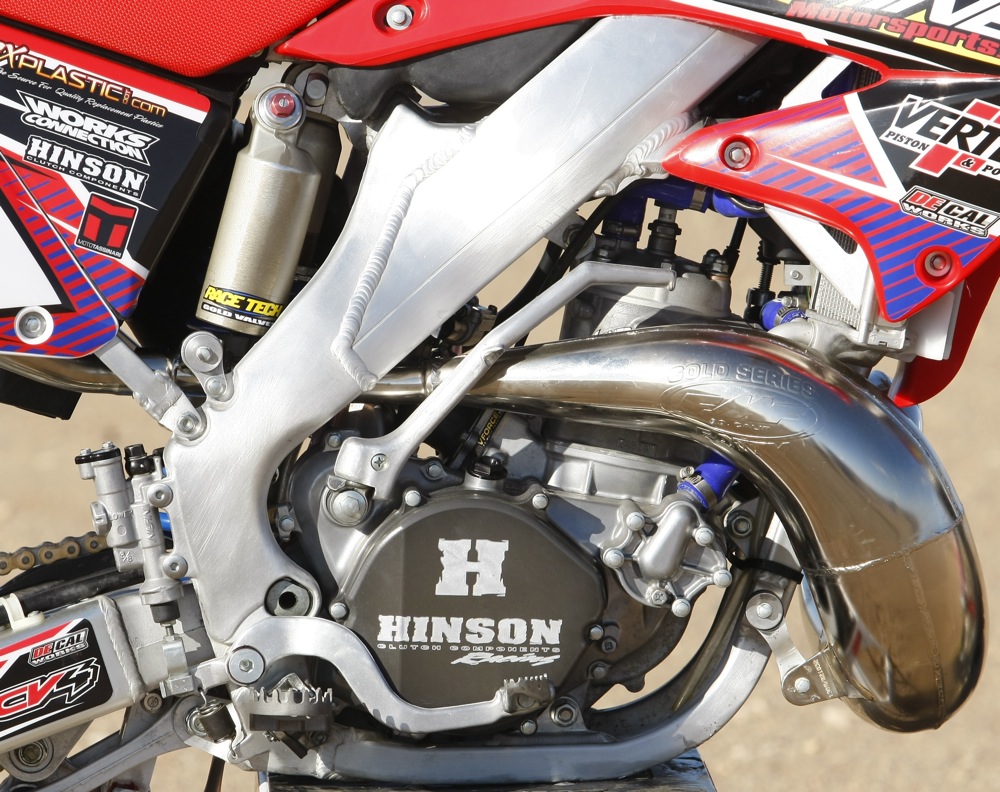 It was perfect for MXA’s plans because we intended to turn it back into its intended role as a full-fledged motocross bike. We weren’t without illusions about what we were buying. From 2002 until Honda terminated its two-stroke program in 2007 the CR250 wasn’t a highly rated 250cc motocross bike. With any bike, they all have there good and bad traits—but since we had years of experience and were going to enlist the help of people with even more experience, we thought we could cope with the CR250’s lean/rich jetting, lack of transitional power, iffy suspension and rigid alumium chassis. Our first stop was at Varner Racing. We were willing to trust our 2006 Honda CR250 to Varner because he built two-strokes for AMA National riders Heath Voss, Brian Deegan and Mike Alessi. Terry isn’t a Johnny Come-Lately to two-strokes—he cut his teeth on them. Plus, he races every week at the same tracks we do every week and know motocross bikes from behind the bars as well as behind a wrench 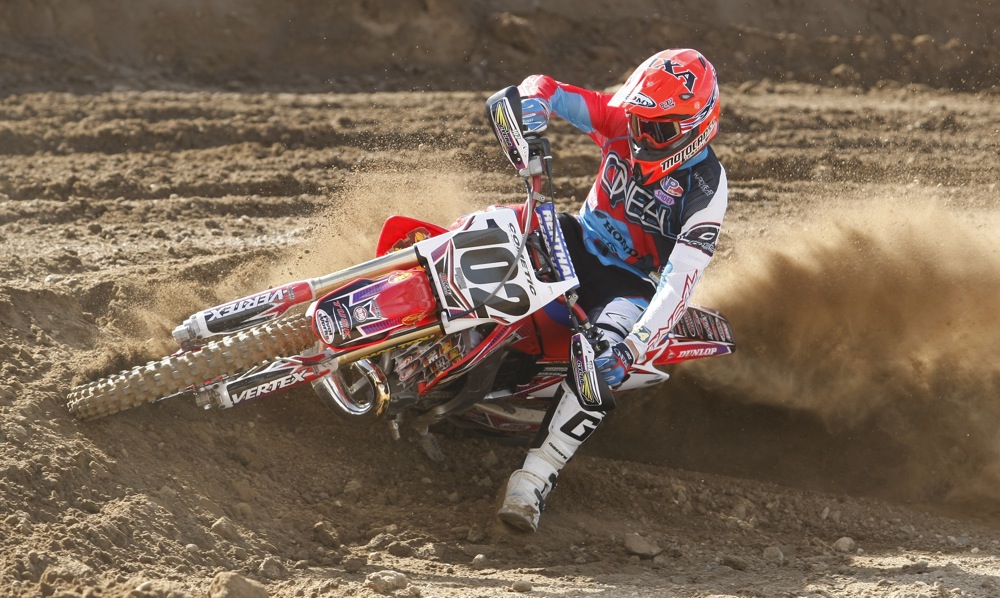 While the engine was in Terry’s hands we focused on the rest of the bike—or rather we selected people and companies to focus on the rest of our trusty but rusty 2006 CR250 two-stroke. We equipped our CR250 with all-new Tusk wheels and oversize brake rotors. The suspension was dialed in by Race Tech. A majority of the old bearings were replaced by Pivot Works products. The sprockets and handlebars were upgraded to Renthal products and Works Connection took care of all the miscellaneous needs. Once the engine and the chassis were done—we mated them with the MXA test riders to check the handiwork.

Instantly the MXA test riders felt the explosiveness of the engine. They could roll on the throttle through corners with ease without the power feeling like a light-switch. The power had depth to its character. When it was time to punch it, all they had to do was crack open the throttle a tiny bit more to find a hard hit in power through the mid-range. We liked this, as it kept the testers off the clutch. Bottom line? Our 2006 CR250 was fast, real fast. This is when Terry Varner revealed the dyno numbers—his laundry list of mods had added seven horsepower to our 10-year-old smoker. Seven horsepower? Could it be true? It didn’t take long to confirm the dyno results on the track as overzealous test riders grabbed too much throttle at the wrong time and found out how quick the rear end could step out. After a few horsepower-induced white-knuckle moments, the MXA gang adapted to the aggressive engine and gave it the respect it deserved. The Race Tech crew came with us on the day of our maiden run on the 2006 CR250. It was a good thing because when the track was smooth the bike felt balanced. We had no issues and were loving life, but as soon as the track got rougher, the forks started to feel harsh through the midstroke. Race Tech got busy with their screwdrivers and twisted the compression in and the rebound out. This took the harshness out of the front and gave the bike a more secure feel when on the brakes through bumps. After a few more tweaks we were happy with the outcome. We weren’t trying to build a world beater—just an inexpensive race bike that could be used by a rider on a budget, two-stroke aficionado or anyone who wished that Honda would return to the two-stroke fold.