This win gives Tony Cairoli a GP victory in every year since 2004. That is 16 years with at least one win.

KTM’s Tony Cairoli has won his 90th Grand Prix victory at in Latvia with a 1-4 day, but it wasn’t easy as he crashed becasuse of the fallen Jeffrey Herlings in the second moto. Herlings had a big lead, after finishing third in the first moto, but he fell and Cairoli crashed while changing lines to avoid Herlings. They both remounted, with Herlings getting up to third in the moto and Cairoli fourth (which was good enough to give him the win over Jeremy Seewer’s 4-2 and Herlings’ 3-3,) but Cairoli complained that he hurt his leg. Tony said, “I hurt my knee again. It is a problem, but I am happy with the overall. I am not 100% and I am struggling a lot with this problem. I will try not to twist it again and hopefully by Sunday it will feel better.” Jeffrey Herlings dodged a bullet and extended his points lead when Honda’s Tim Gajser to failed to score any points in moto one.

As for Herlings, he said, “I can’t believe I did it. I washed the front wheel and fell. We did some good things for the 450 Championship, but I lost 5 points with that crash. I regroup for Sunday and will try to get one win before we go home.” 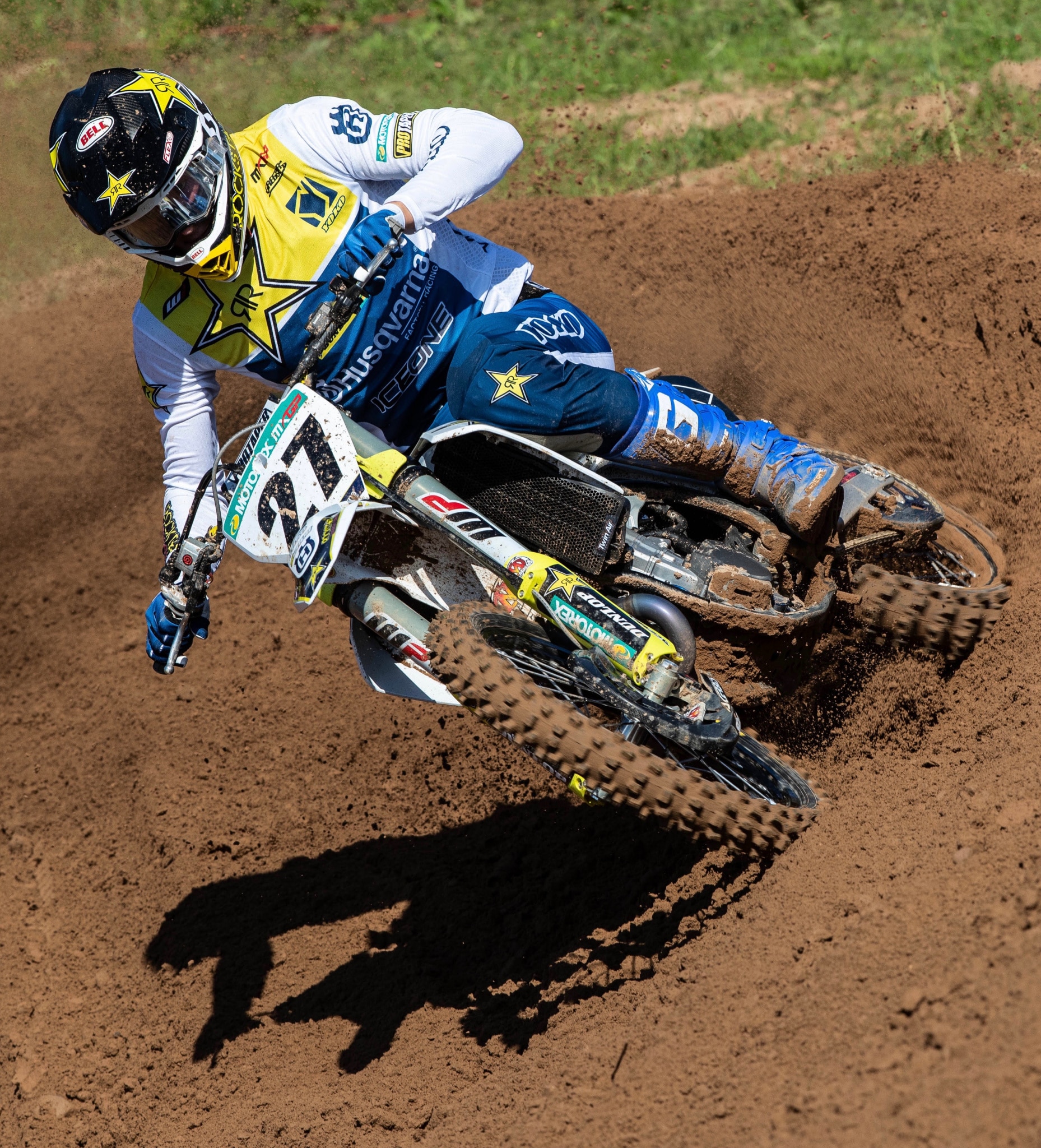 Jorge Prado is ninth in 450 GP points, but after four races he is 88 points out of the lead. It wasn’t his fault at Latvia #2, he blew his front wheel out early in the first moto.

WATCH LATVIA 2.0 IN UNDER 7 MINUTES: IF YOU DIDN’T FALL YOU WEREN’T TRYING