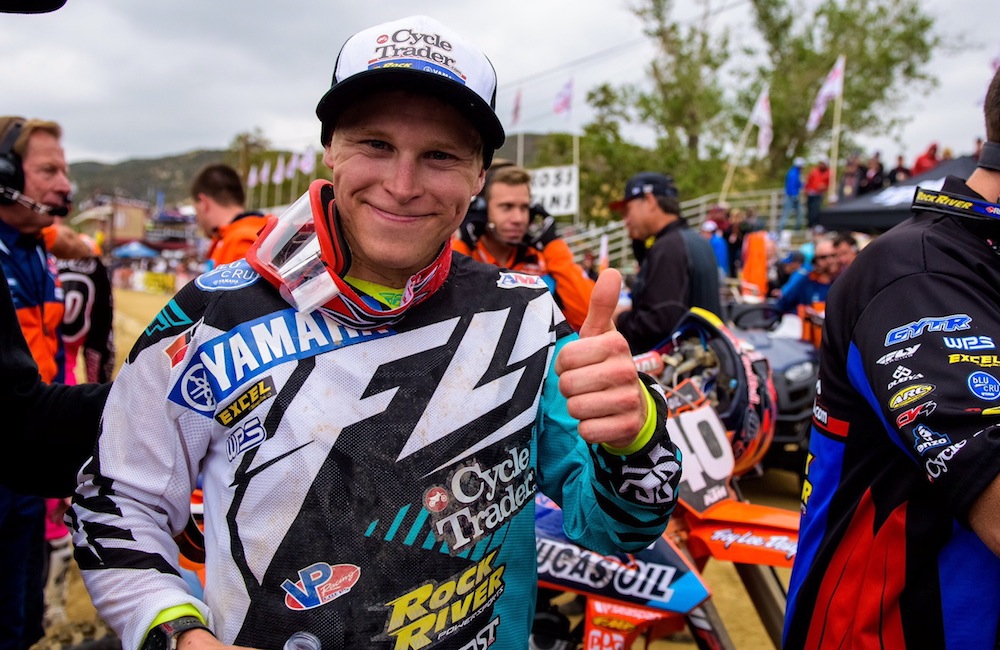 Press release: “It is with mixed emotions that Alex Martin will not be returning to the CycleTrader.com/Rock River Yamaha team for the 2016 Monster Energy/AMA Supercross Series and Lucas Oil/AMA Pro Motocross Championships. After joining the team mid-way through the 2013 Lucas Oil/AMA Pro Motocross Championship, Martin has shown great progression over the last few seasons, most recently earning two SX podium finishes and third Place Moto finishes at both the Glen Helen and High Point Nationals. While results are important, the CycleTrader.com/Rock River Yamaha team has always maintained a family culture, and Martin has become an integral part of that tradition over the last three years. The entire team staff, both past and present wish Alex the best of luck as he remains with Yamaha Motor USA to join the Yamalube Star Racing Yamaha team in 2016. It is a bittersweet departure, but we wish him the best as he looks to take the next step in his racing career.

“I can’t thank the Cycle Trader.com/Rock River Yamaha Team enough for the support over the last two years. Their efforts have definitely led to the great results and opportunities I’ve had this year.” – Alex Martin