ASK THE MXPERTS: A DOLLAR SPENT IS A COLLARBONE REPAIRED 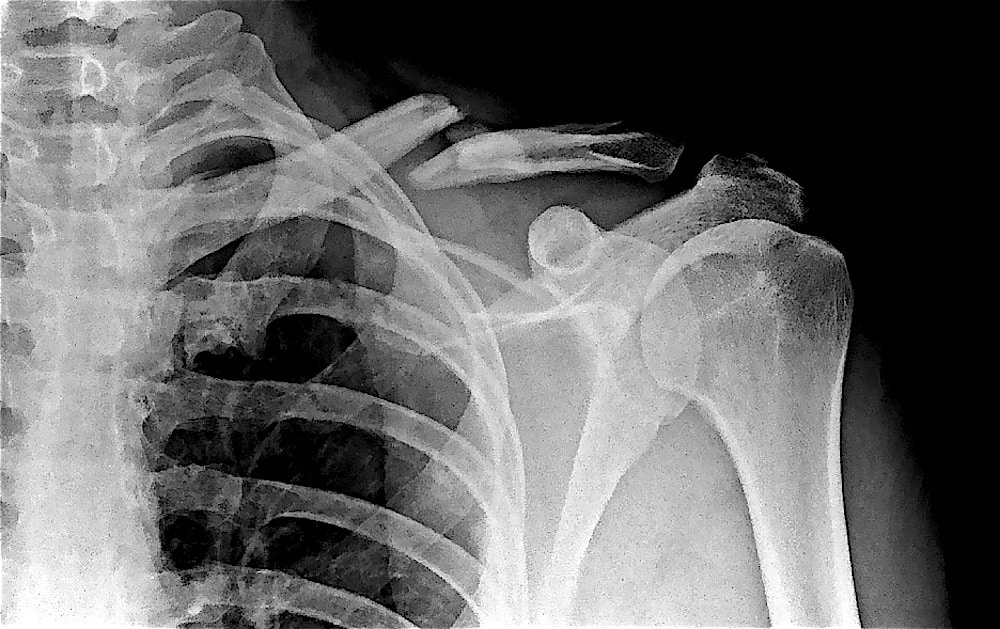 You don’t need an X-ray to fix this collarbone, but your doctor does.

A DOLLAR SPENT IS A COLLARBONE REPAIRED

I think I broke my collarbone the other day. I don’t have medical insurance. My friends said, “Don’t worry about it.” They had all broken their collarbones, and all their doctors did was give them that shoulder harness thing, which they all took off immediately. How can I tell if I actually broke it?

The best way is to get an X-ray, but it will cost you around $250 (if you plead poverty). If it doesn’t feel better soon, or if you can’t lift your arm up, bite the bullet and spend the money to see a doctor. The collarbone is the most commonly broken bone in the human body, and understandably so when you consider that it only takes 7 pounds of pressure to break it. In the world of motocross, there are two kinds of riders—those who have broken their collarbones and those who will. A collarbone can be cracked, broken or compound fractured. We are going to ignore the last two, because if you had either one of those, you’d know it. You could feel it, or the blood would be noticeable. That means that you most likely cracked it—if you did anything to it at all. The standard medical practice for a clean break is pain pills and a shoulder harness to draw the shoulders back so that the bones (previously a bone) will align. If you’ve ever worn a collarbone harness, you know how irritating it can be.

The good news is that most cracked collarbones heal well without surgery or serious medical intervention. A simple arm sling can be used to immobilize the arm for up to six weeks. Don’t rush the healing process just because your buddy said he was back racing three weeks after breaking his collarbone. Bones don’t weld together. In fact, they heal by having a bridge of calcium form across the gap of the two bones. The smaller the gap, the faster the bridge will form. The calcium bridge is quite unique. It sometimes produces a pronounced bump. That bump can be so large that it gets irritated, red and welt-like. Have no fear, the bump tends to go down in size with time (although it can take as much as a year to subside).

BE THERE! REM GLEN HELEN WILL RACE ON SATURDAY, FEB 23 — SHINE OR SHINE