ASK THE MXPERTS: DO THE CIRCLIP PRONGS HAVE TO BE AT THE BOTTOM? 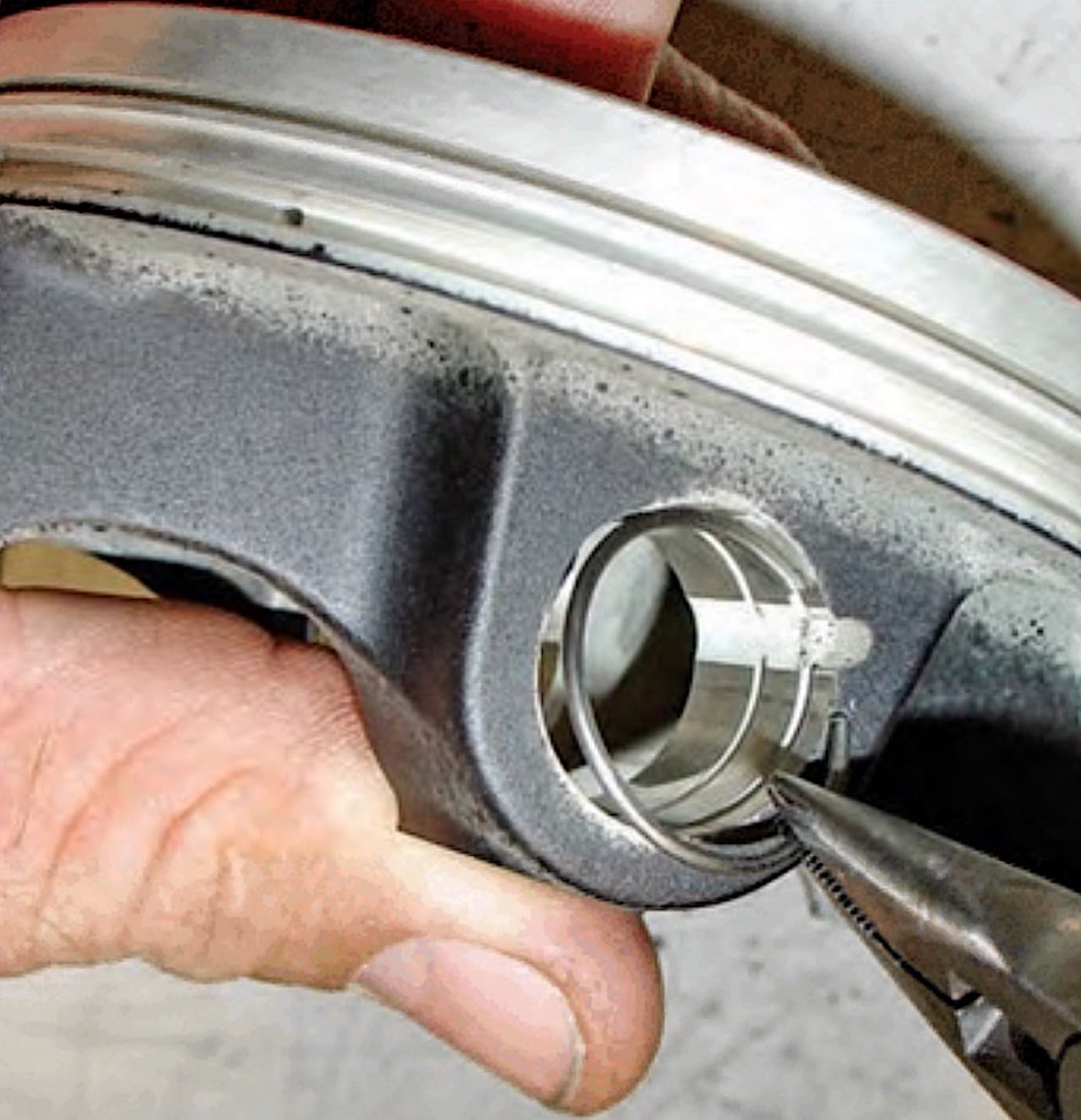 It doesn’t matter what position you put the circlip in, just as long as you put it in correctly.

Dear MXA,
My dad insists that I put the prong end of my YZ250 piston circlip at the bottom of the wrist pin groove. He says that if I put it in any other position, the centrifugal force of the piston moving up and down will make it fall out. I don’t see how it matters where the open end of the circlip is. Is he right? Do the circlips have to be at the bottom

Your dad is wrong, but we love that he threw in “centrifugal force” as justification for this long-standing old wives’ tale. Centrifugal force is a pseudo-scientific way to say that a body in motion stays in motion. Your dad and lots of other people believe that since the circlip moves upwards with the piston, when the piston gets to top dead center and starts to move down, the centrifugal force will want the circlip to keep moving upwards—to the extent that it will jump out of the circlip groove. Not true. Circlips that fall out are either put in wrong or are being reused after they have been tweaked. How you put the circlip in is more important than which way you put it in. Grab the circlip’s prong end with needle-nose pliers and slightly angle the clip into the wrist-pin bore. Set one end of the clip into the groove and gently force the other end into the groove. Use a small screwdriver to verify that the clip is fully seated in the groove. Do not grab both prong ends at the same time and squeeze the clip fully together. The clip loses its retaining spring when the clip collapses like this.