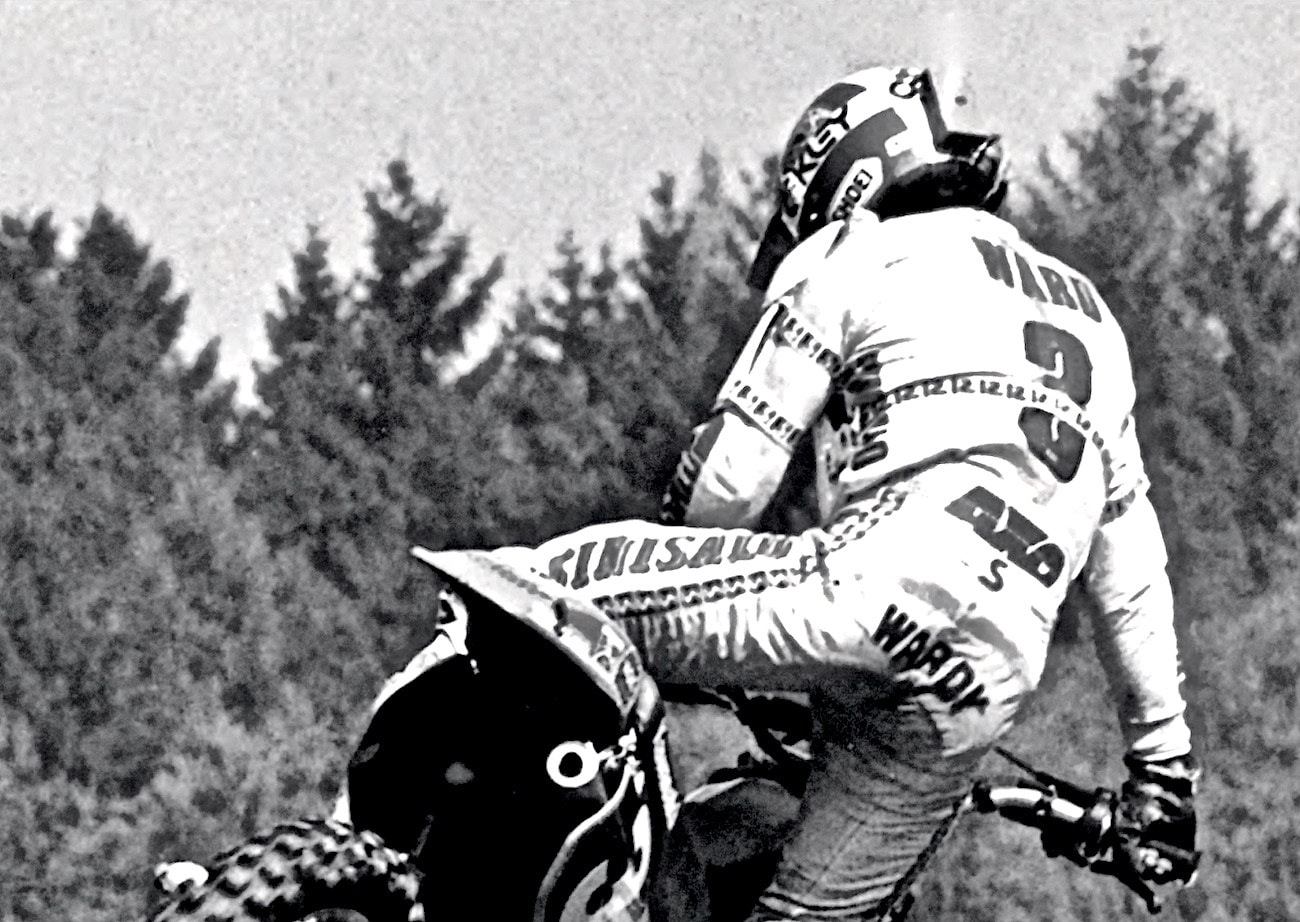 Jeff Ward wore a React radio on the back of his helmet at the 1988 Motocross des Nations—even though they were banned by the AMA.

Are AMA Supercross and motocross racers in touch with their pit crews by radio like in NASCAR, Indy car and Formula 1 drivers?

No. In 1988 several teams experimented with radio communications between their riders and the team, including the 1988 Motocross des Nations team, but the AMA felt that it would be a distraction and that it would force every rider to have radio contact. Given that the radios had to be small enough to fit on the rider’s helmets and each have their own frequency, it was deemed unfeasible for 40 mechanics to be chattering away at the same time—nor could the radios support that breadth of channels needed.

So, midway through the 1988 season, the AMA passed rule 1.15b, which states, “Electronic transmitting of information, including radio communication to or from a moving motorcycle, is prohibited.” There were exceptions for transponders for scoring, video transmitted for television use and electronic timing devices.

Now, you might be asking yourself this question: If radio communication was banned in the middle of the 1988 season, how did Team USA use radios at the Motocross des Nations at the end of the season? Good question. In 1988, the FIM did not ban radio communication. Thus, Team USA could legally use radios in France; however, once Team USA (Ricky Johnson, Ron Lechien and Jeff Ward) won the 1988 MXDN, the FIM banned radio communication with a GP rule that read, “Only the following signals are allowed between riders/motorcycles and persons connected with them: data and images from official timekeeping transponders and on-board cameras, pit board messages displayed in approved areas, and body language communication by the rider. Radio communication is strictly forbidden.”