ASK THE MXPERTS: WHY DO KTM’S HAVE TWO-STROKE PIPES ON THEM? 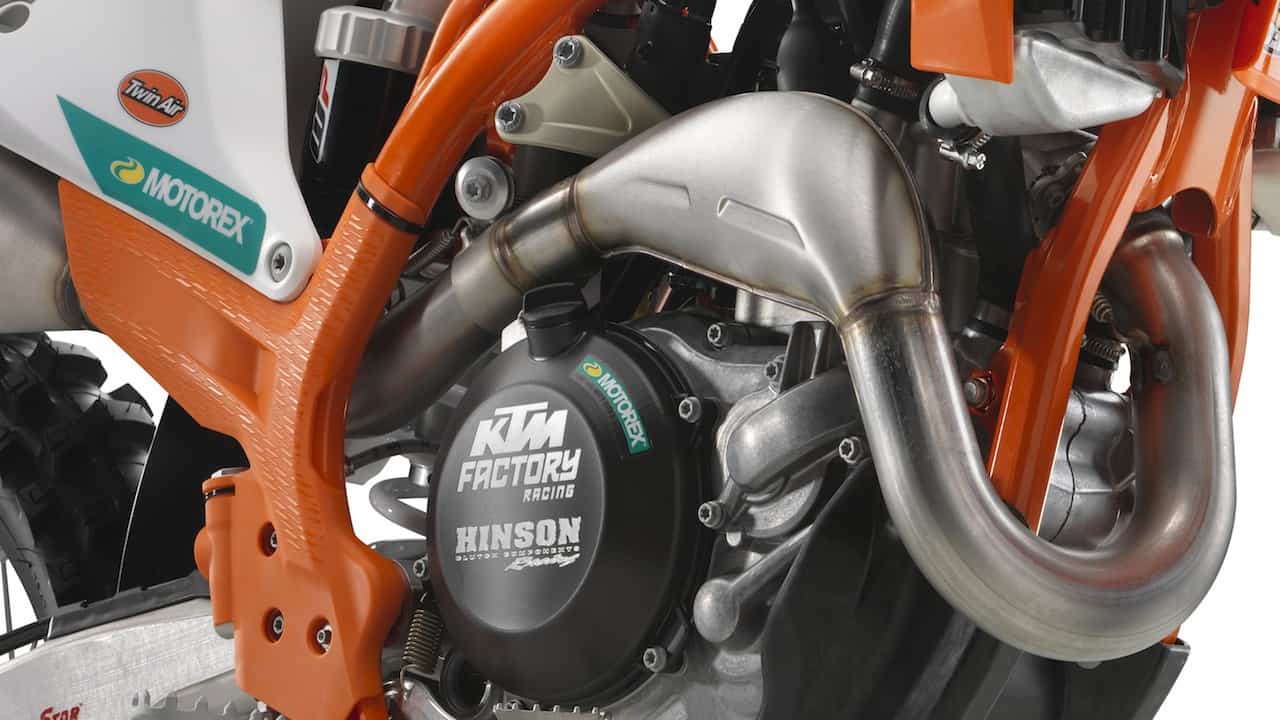 The exhaust system on the 2019 KTM 450SXF and 2018-1/2 KTM 450SXF Factory Edition (shown) are reminiscent of two-stroke expansion chambers, but their only connection to the exhaust pipe inside the cone is via a small 1/2-inch hole that bleeds exhaust into the empty resonance chamber.

WHY DO KTM’S HAVE TWO-STROKE PIPES ON THEM?

REM GLEN HELEN RACE REPORT: THAT WAS THE YEAR THAT WAS

MXA QUESTION OF THE WEEK | WHO IS THIS? HIS SON IN THE BACKGROUND IS A TOP RACER