ASTERISKS & THE MEN WHO EARNED THEM! An asterisk is a star-shaped symbol used in writing or printing to call attention to something or to serve as a reference point. The most famous asterisk is the one that Major League Baseball attached to Roger Maris’ name after he hit 61 home runs in 1961. The asterisk was placed there to indicate that Maris had hit his home runs in a 162 game season, while Babe Ruth had hit 60 in 154 games. So what does this have to do with motocross? That’s easy, motocross has asterisks in its record books too.

While an asterisk is non-judgemental (carrying neither positive or negative attributes), the mere act of placing one behind a rider’s name singles him out. The star symbol means that there is more to the story than just a line in the records would normally warrant.
The MXA wrecking crew went on an asterisk search. These are motocross asterisks and the men who earned them. 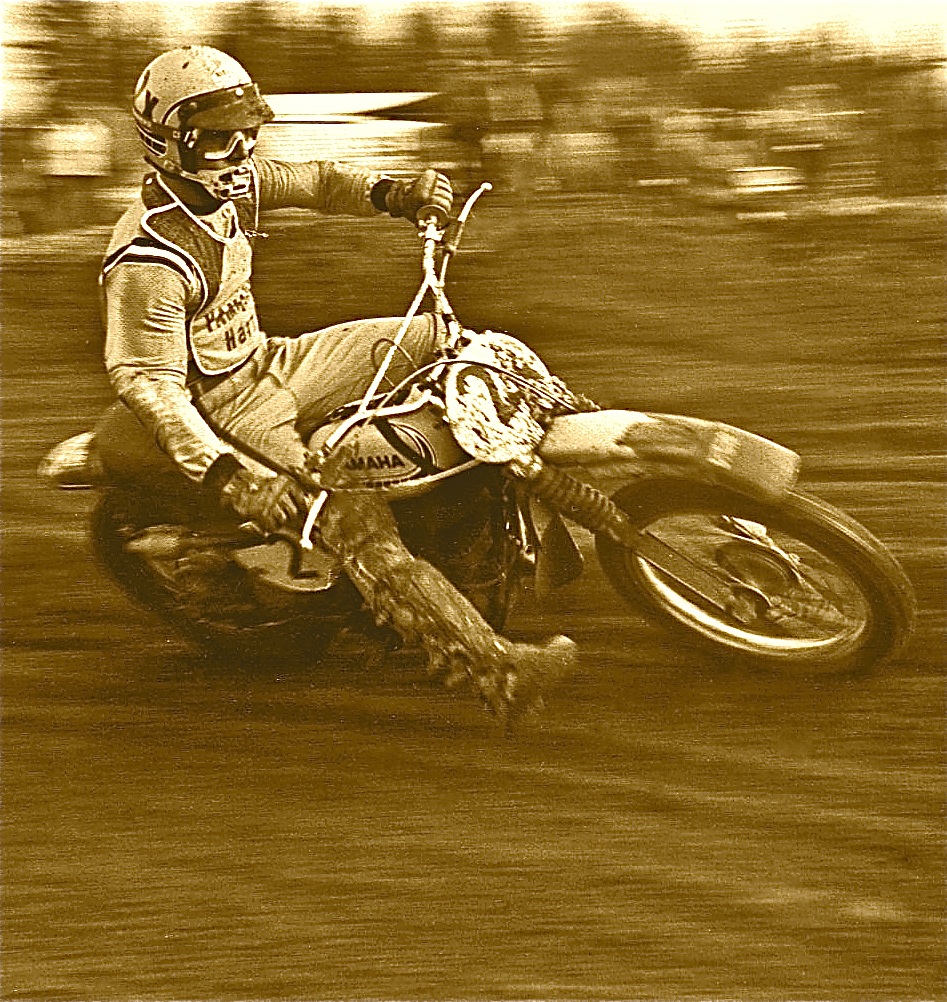 Called shot: The most famous points tie in motocross occurred when Broc Glover and Danny LaPorte tied for the 1977 125 National Championship. Glover managed to earned enough points at the final 125 National to tie Team Suzuki’s LaPorte, but only after Broc’s Yamaha teammate Bob Hannah pulled over and let him by. The infamous “Let Broc Bye” race resulted in Broc and Danny both ending up with 240 points. Glover was awarded the 125 National Championship because he won two of the six races, while LaPorte only won one.

At the 1982 Motocross and Trophee des nations, Danny “Magoo” Chandler became the only rider in the history of the World team Championships to win all four motos. It is a record that will never be broken (because the 250cc Trophee des Nations was dropped the next year). THEY OUGHTA BE ASHAMED

Perhaps the strangest Supercross race in AMA history was the November 3, 1984, Rodil Cup race at the Los Angeles Coliseum. Billed as a Europe versus America event, and a points paying event for the short-lived FIM Rodil World Supercross Championship, the format called for the heat winners to start in an inverted second row. The two-row start idea was to give the neophyte European riders a chance. Instead, the American riders sandbagged the heat races. David Bailey even stopped behind the Peristyle while leading to insure that he would finish far enough back to get a front row start. Ricky Johnson refused to sandbag, bad mouthed the other riders as “cheaters” and said he would win from the second row. He didn’t! Jeff Ward, who had sandbagged in his heat, won the main event. The fans booed the sandbaggers and cheered RJ.

In 1985, the AMA National format called for all three classes (125, 250 and 500) to be run on the same day. The final National of the year was at Washougal, Washington. Going into Washougal, Ron Lechien (Kaw) had already locked up the 125 National Championship and Broc Glover (Yam) had clinched the 500 National Championship, but the 250 National Championship was still a knock-down duel between Jeff Ward (Kaw), Johnny O’Mara (Hon) and Rick Johnson (Yam). To pack the 250 field, the factory teams pulled all of their riders out of the 125 and 500 classes and put them into the 250 class (in an effort to help their teammates win the 250 title). In the end, Johnny O’Mara won Washougal, but Jeff Ward finished high enough to win the 1985 250 National Championship. The big surprise of the day was that privateers Eric Eaton (500) and A.J. Whiting (125) won the only Nationals in their careers that day.

THE ONE MOTO FREE-FOR-ALL

In March of 1991 it rained so hard at the Hangtown National that the AMA canceled the second motos of both the 125 and 250 classes. The first moto winners were declared the victors. Two privateers earned their first National wins that rainy day in Northern California. New England mud specialists Doug Henry (125) and John Dowd (250) were the happy winners. An asterisk was put into the record books in August of 1993 when the AMA allowed Glen Helen National promoter Roger DeCoster to experiment with a one-moto format. Instead of two motos, the riders would use a supercross bracket system of heats, semis and main events. In 110 degree weather, Mike LaRocco (250) and Doug Henry (125) proved to be the fittest. The one-moto format was declared a failure after that race, although there was not a single rider who would have been willing to go back into the heat for a second moto. Unlike Supercross, someone has earned the perfect score in the AMA Nationals. James Stewart totaled 600 points in 24 starts during the 2008 season. He is not alone in this record. Ricky Carmichael has had a perfect season twice in both 2002 and 2004.

Jeff Emig is the first podium finisher in AMA Supercross history to be disqualified after a post race inspection. Emig finished second at the 1996 Indianapolis Supercross, but his gasoline was found to be outside of the required AMA oxygen limits. His points and money were taken away.

I REALLY DID WIN When Sebastien Tortelli first flew from France to race the ’96 125 Supercross series the AMA had a surprise for him. When Tortelli arrived they told him that he could not ride the 125 class because he had finished in the top five in the 125 World Championships in ’95. Tortelli had to borrow a 250 to get in a few Supercross races. Tortelli gets an asterisks behind his name for being the first rider affected by the “Anti-Pichon”…except for two things; (1) Pichon never made the top five in the 125 World Championships (his highest finish was sixth) and (2) there is no such rule in the AMA rule book. Tortelli was wronged.

Ricky Carmichael is the only rider to have over 100 combined AMA professional wins. More specifically he has 150 wins which has earned him the title of Greatest Of All Time (GOAT).

MORE THAN ONE BRAND

Most riders do all their winning on a single brand. In fact, of the 103 AMA National Championships awarded in the 125, 250, 500 classes and 106 Supercross Championships, only ten riders have ever won championships on different brands of bikes. Two-brand winners include; Jeremy McGrath (Honda and Yamaha), Jim Weinert (Yamaha and Kawasaki), Kent Howerton (Husqvarna and Suzuki), Ricky Johnson (Yamaha and Honda), Mike Kiedrowski (Honda and Kawasaki), Chad Reed (Yamaha and Suzuki), James Stewart (Kawasaki and Yamaha) and Ryan Dungey (Suzuki and KTM). The king of bike switchers was four-time 250 National Champion Gary Jones. He won the ’71 and ’72 Championship on a Yamaha, switched to Honda in ’73 and jumped to Can-Am in ’74. Ricky Carmichael is the only rider to have the distinction of winning on more than two brands. He won all of his 125 championships and the first few 250 championships on a Kawasaki before switching to Honda. He would win his final four championships aboard a Suzuki.