The second round of the Orlando rounds is about to begin but just before we witness the ever-exciting 450 class and the beginning of the West Coast 250 class, we snuck into the pits to deliver you a sneak peek of some of the coolest bikes in Supercross. On the West Coast class, we’ll see Factory teams debut their riders like Jeremy Martin, Stilez Robertson and Seth Hammaker. Thankfully for the riders and teams, it isn’t downpouring like the past weekend. Travis Fant was on the scene to capture some of these beauties as the mechanics and riders prepare for the eighth round of the 2021 Monster Energy Supercross season. Ken Roczen repping the red plate onboard his CRF450. It is pretty amazing how clean the mechanics can make the bikes look after having been raced on. We caught Ogio delivering a fresh bag to the Star Racing crew. Getting those final touches ready. Eli Tomac’s KX450 waiting for the racing to begin. Makes you wonder what they’re looking at. Hard to tell but that is also Hunter Lawrence’s bike in the background as he’ll be racing for HRC for the West Coast. It will be interesting to see how the rest of Star Yamaha’s giant roster does on the West Coast. With the lead of 250 vets like Justin Cooper and Jeremy Martin, Nate Thrasher and Jarrett Frye will be starting off their Supercross season among some of the best. Carson Mumford and Coty Schock will be racing on board the Chaparral Hondas. Long gone are the gas-powered bikes for the KTM juniors race. Now, the youngsters ride KTM SX-E 5’s and the stadium is almost silent, besides the crowd, as the little bikes roam the Supercross track. The crew getting the rig setup. Got to keep those boots dry. 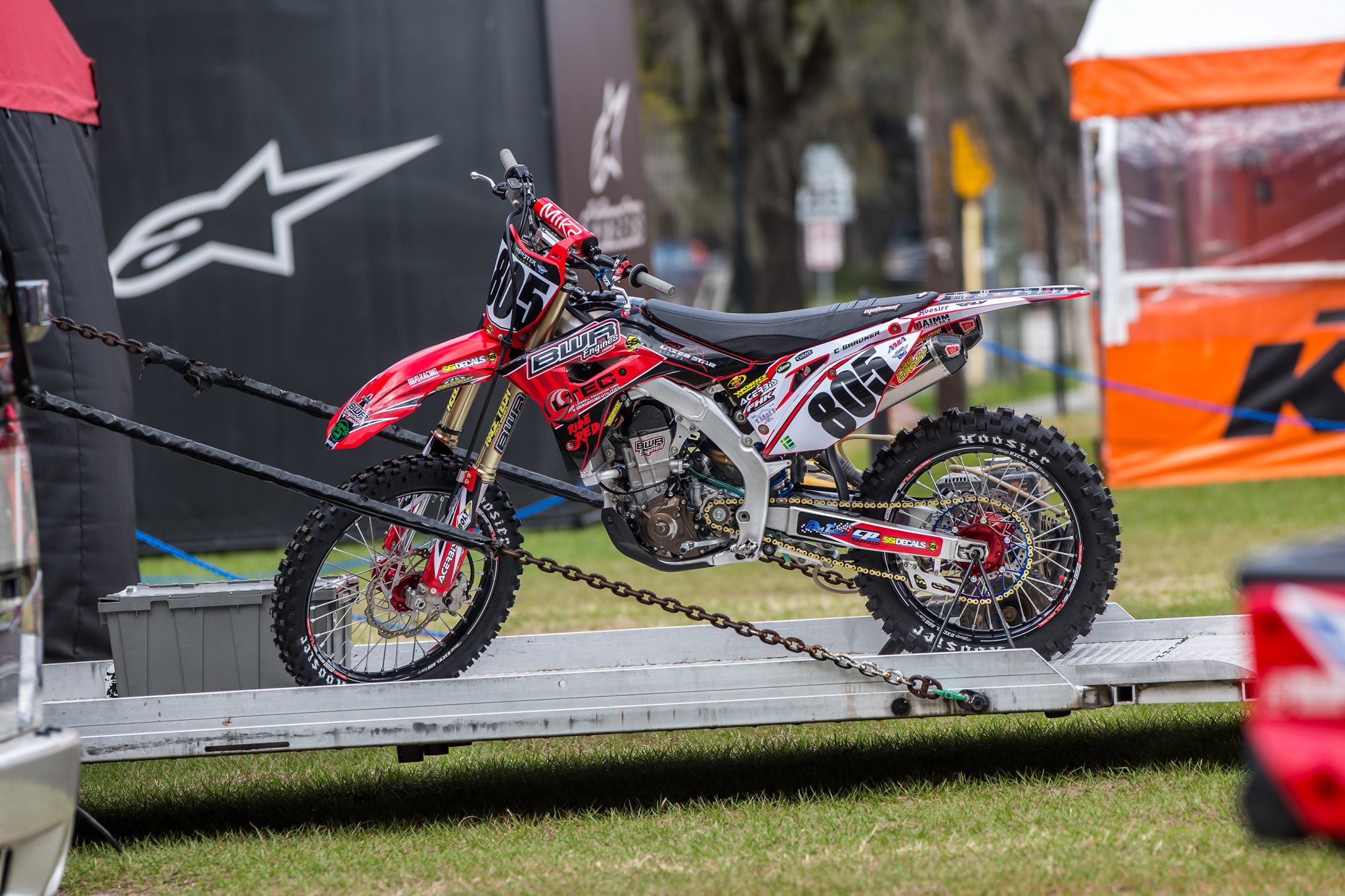 This will be the first-year Stilz Roberston races amongst the Pro Supercross riders. If you look closely you can see Justin Barcia’s air shock. Like tires? Here are a few pics of tires and wheels. The Dunlop guys are pros at changing tires, literally. Thanks for scrolling! Stay tuned as we report LIVE from Orlando on all the action going down in the eighth round of the Supercross season!