The question most commonly whispered to a motorcycle test riders is: “What bike do you own?” It’s obvious by the clandestine way the question is asked that they assume the answer is the Holy Grail. It is similar to asking a truck driver where to eat or Tommy Lee where to get a tattoo. For me the implication is that since I have ridden virtually every bike ever made, my choice would be the one-size-fits-all answer to their dreams.

The inherent problem is that I don’t own a bike—at least not in the sense that they are asking about. I don’t have time to race a personal bike. I spend every week riding, racing and testing MXA’s fleet of test bikes. At any given time, MXA has 23 test motorcycles in rotation. But, for the census takers out there, I own five motorcycles. The first is a box-stock 1971 Hodaka Super Rat. It was given to me years ago by my sponsors to use as a back-up bike. I never used it in anger and today it still sits on its original OEM tires. The second is a very rare Hodaka road racer (equipped with an E.C. Birt engine) that I raced to no great glory (save for one spectacular performance in a driving rain in 1972). The third is my 1974 Hodaka Super Combat, replete with Alex Steel gas tank, Swenco swingarm, Kayaba forks, Rickman hubs and XR75 seat. The fourth is my 1967 twin-cylinder Suzuki road racer. I rode this bike to second at an AMA National road race qualifier in 1973—thanks to another freak rain storm that left me as the only rider in the field running grooved Dunlop Trigonic tires instead of slicks. I should mention that the winner of the race, Tommy Byars, lapped me and he was on slicks. The last bike is my father’s 1953 Sunbeam S7. He bought it in England and after his deployment rolled it into the back of his USAF KC-97 and flew it home. Of my five bikes, two are in museums and the other three sit forlornly in a dusty corner of my barn—unrestored, untouched and unchanged since I last raced them (the Suzuki still has the exact same trusty Trigonics on it).

Apart from the relics of my past I know what people want to hear me say when they ask what bike I own. They want me to slip them the secret test rider handshake and spill the beans about what the best bike is. I can’t blame them. I’m no different. I grill my computer geek buddies about the best wireless routers, my auto mechanic friends about what car to buy and my aviation pals about the virtues of a Sukhoi over an Extra (although I’m leaning towards a Dehavilland Chipmonk). It’s human nature to believe that people on the inside have the inside line.

Let me burst your bubble. Although I test motorcycles in an objective manner and award Brownie points to bikes that perform best within MXA’s defined envelope of performance, I don’t personally always choose to race the MXA Bike of the Year (when I’m free from my testing duties long enough to choose what I race). MXA’s Bike of the Year is always a terrific machine, but I’m not a terrific rider. I have foibles. Itches, if you will, that can’t always be scratched by the best bike. I’m a revver, more accurately an over-revver. I scream the engine, slip the clutch and hold the throttle wide open. If that sounds like the perfect formula for going fast, you haven’t seen my version of it.

My personal terminal velocity is determined by an equation derived from horsepower, aerodynamic drag and medical insurance costs. If the computation of those three numbers tells me that it is less than 100 feet to the next corner, I don’t shift up. I’ll stay in second gear and whine the engine so high that dogs will cringe in the next city. That’s my tactic; so sue me. 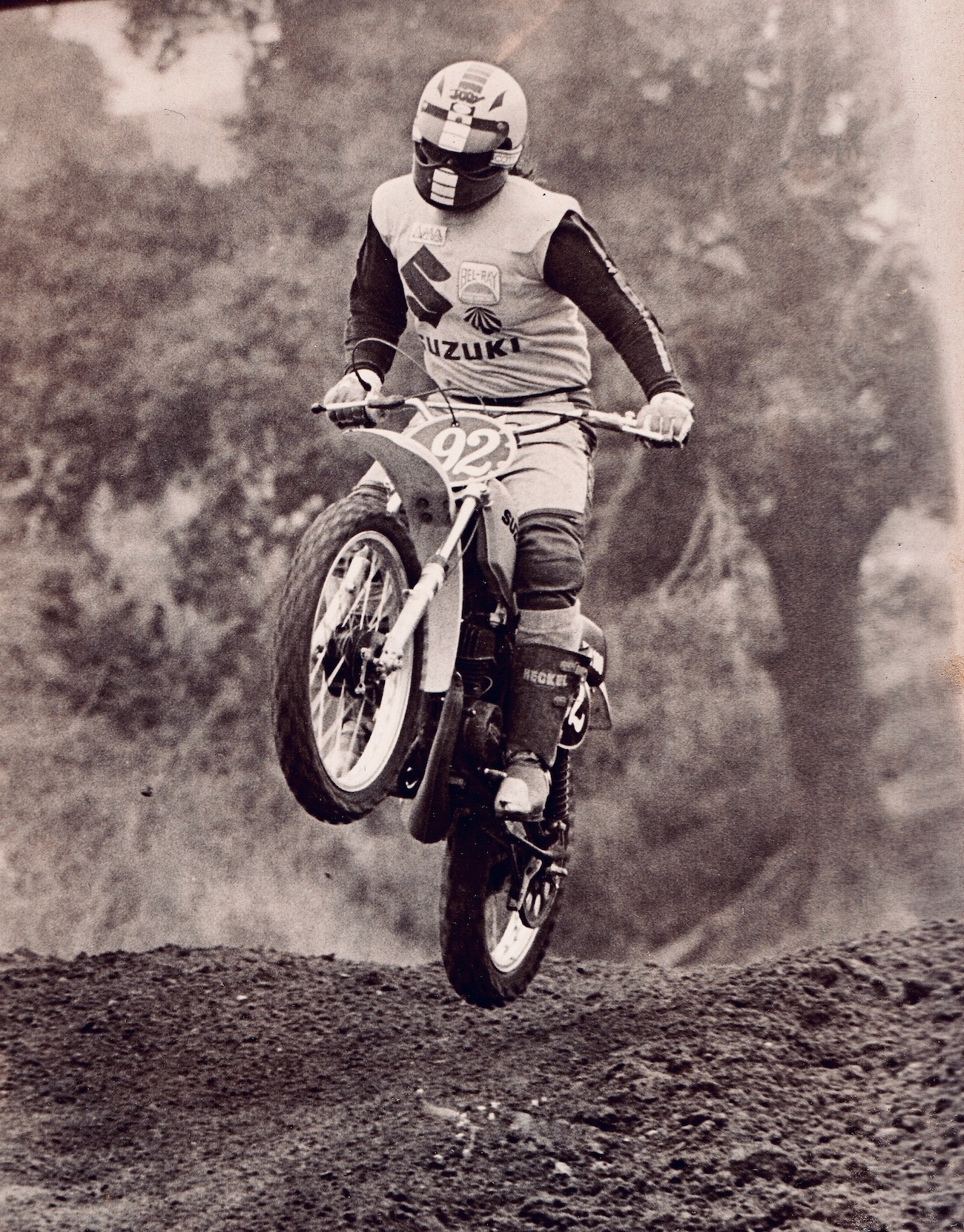 One of the more compelling reasons why my bike of choice probably wouldn’t fit you, is that I’m at heart a two-stroke guy. That may not mean much to modern riders, born into the four-stroke generation, but when I first started racing motocross BSA’s were still winning GPs. Two-stroke riders were rebels and our bikes were derisively called “ring-dings,” “Commie bikes”and “rice burners.” I was a front line soldier in the war to defeat the dinosaurs and these many years later its still hard to forget the pain of words like “Seize-EZ” or “Maico-breako.”

When you add all of these facts together, it becomes obvious that the bike I would own, if I had the time to race my own bike, isn’t on every showroom floor. Honda, Kawasaki and Suzuki two-strokes joined those BSAs that I took so much joy in making extinct so many years ago. No sweat! The day they stop producing 250cc two-stroke, I’ll buy one, put it in my barn and wait for some museum to borrow it in 2036.