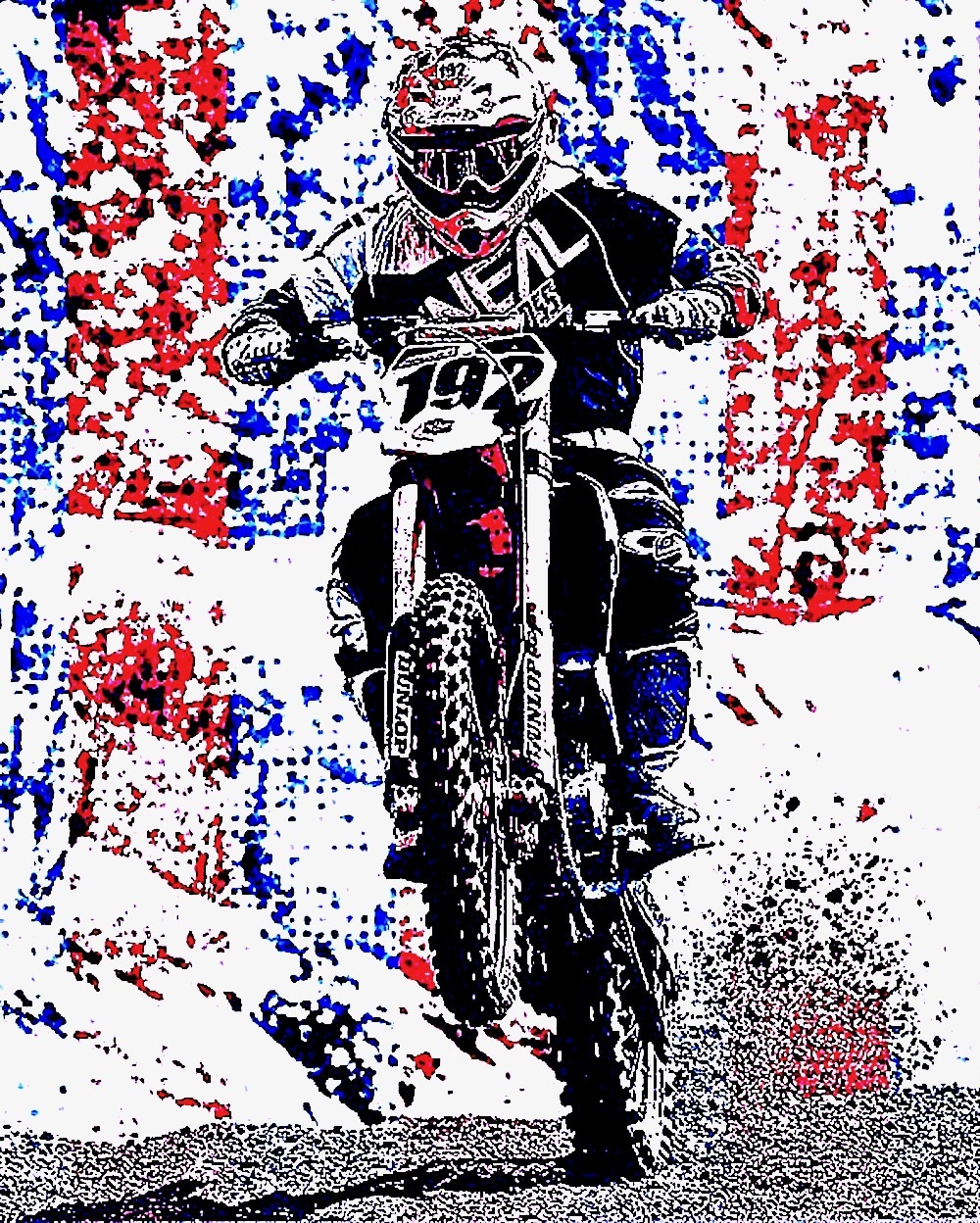 I was standing by the fence watching the 125 Novice race when she came up to me. Unlike the Little League-style parents shepherding their kids through the mine field of Amateur racing, she was a few years older than normal.

“I need some advice,” she said, “and everyone I talked to said that you are the one I should ask if I wanted answers.”

“That’s true,” I said. “Let’s start with that hairdo. You’d be much more attractive with bangs. And, might I suggest that you avoid wearing red; it doesn’t go well with your fair complexion.”

“Not advice about fashion,” she said. “I want to talk about motocross. There seems to be a lot that I don’t understand about the way it works.”

“Aren’t you a little old to take up racing?” I asked.

“Stop kidding around,” she said. “My family sacrificed everything so that our son could make it to the top. We skipped family vacations to go to races in faraway places. I drove the same Toyota Corolla for nine years so we could pour every cent we had into buying the best machinery for him. I even took a class in motorcycle mechanics at night school so that I could pitch in on the weekends.”

“One of the best things about motocross is that it is a family sport,” I said. “Young riders would never even get to ride if it weren’t for hard-working parents. You should be proud of yourself.”

“I CAN’T SAY THAT I’M PROUD OF MY SON. NOW THAT HE IS SUCCESSFUL AND HIS CAREER HAS TAKEN OFF, HE IS A CHANGED MAN. HE NEVER CALLS. HE HASN’T COME HOME FOR THANKSGIVING OR CHRISTMAS IN FIVE YEARS.” 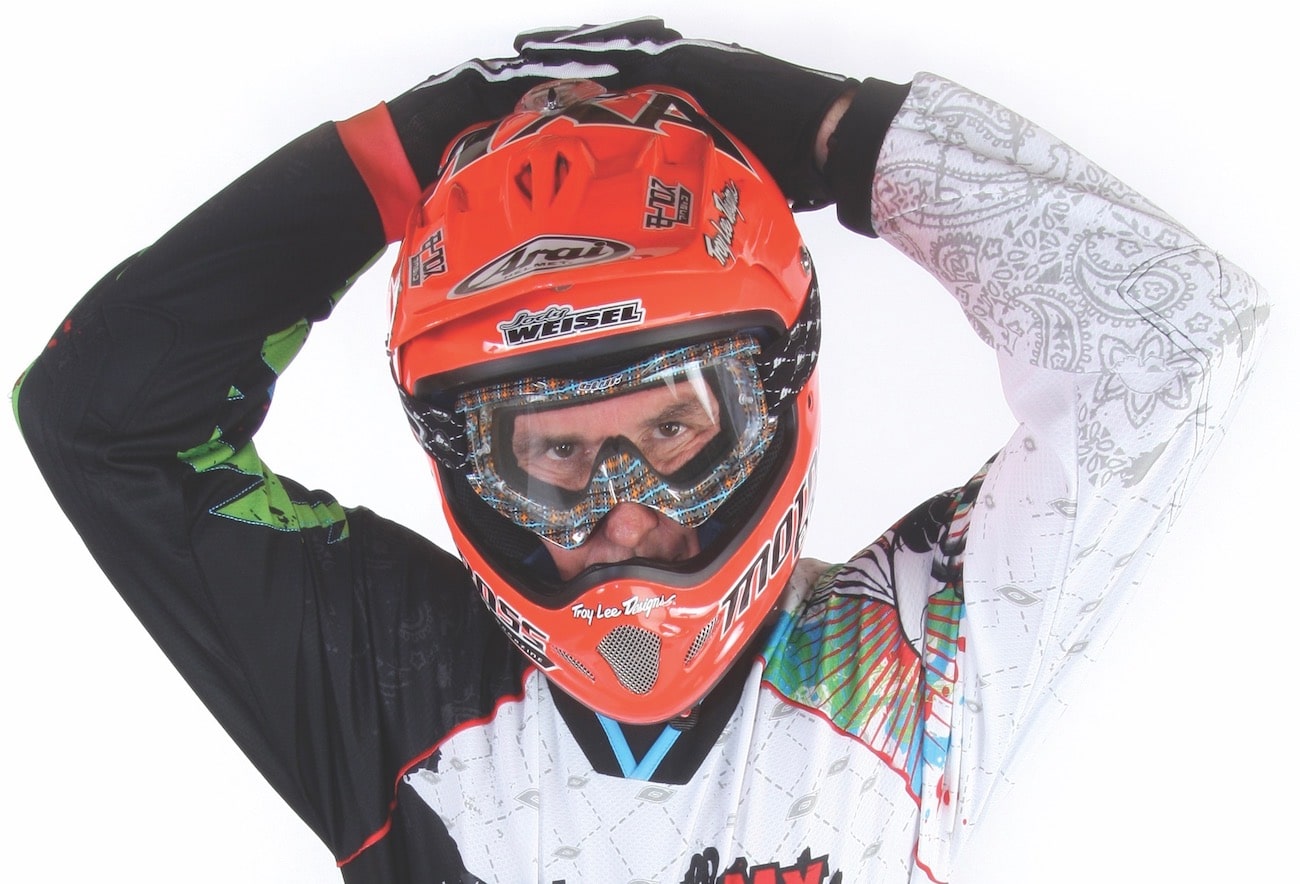 “I am proud of the sacrifices we made,” she said, “but I can’t say that I’m proud of my son. Now that he is successful and his career has taken off, he is a changed man. He never calls. He hasn’t come home for Thanksgiving or Christmas in five years. The only way I ever get to see him is by buying a ticket to a race that he is at.”

“That’s the way of life,” I said. “The mother lion teaches the young cub to hunt for himself, and once he is proficient, she pushes him out of the den. The young lion must make his own way in life. It is the law of the jungle.”

“But, I didn’t push anybody out of the den,” she said with a tear in her eye. “I thought that our family would stay together and share the joy of achieving what we all sacrificed for. I know that I’m not the one riding the motorcycle, but there wouldn’t be any motorcycle riding if I hadn’t sacrificed going to movies, eating at restaurants or buying new dresses. I dedicated my life to motocross when I didn’t have to. I made sandwiches, washed gear, bandaged injuries and swept starting spots. You’d think a son would show a little appreciation now that he has made a name for himself.”

“Do you expect a share of the money?” I asked. “That is unrealistic. Many parents sacrifice to give their children a better life. Sports are full of stories about parents who gave up everything to make their kids successful. But those parents’ contributions are no different than if they had scraped together the tuition to an Ivy League college. They did it for the kid, and when he becomes a doctor, lawyer or motorcycle racer, they don’t get a share of the profits.”

“I don’t care about the money,” she said. “I’m looking for a little gratitude, a kind word, a thank you or a pit pass every once in awhile.”

“Maybe you should have made more of an effort to give him a normal family life,” I suggested. “When is the last time you called for no reason other than to say hello? No one wants their home life to be about their job. LeBron James doesn’t talk basketball with his mother. Tom Brady doesn’t toss the pigskin around with granny on his off weekends. Cooper Webb hates it when his mother tells him that his rear suspension is too low. There has to be a sanctuary somewhere. It gets old when everyone around you is talking about races, contracts, motorcycles and pit gossip. Have you ever tried to give it a rest?”

“Do you think that would help?” she asked.

“Okay, you ought to know,” she said before disappearing into the crowd by the concession stand.

Just then, Jimmy Mac walked up to where I was standing and said, “Wasn’t that your mom? What did she want?”

RUMORS, GOSSIP & UNFOUNDED TRUTHS: GLEN HELEN IS THE CANYON OF THE SMOKERS