BEST OF JODY’S BOX: THE FUTURE IS SO YESTERDAY 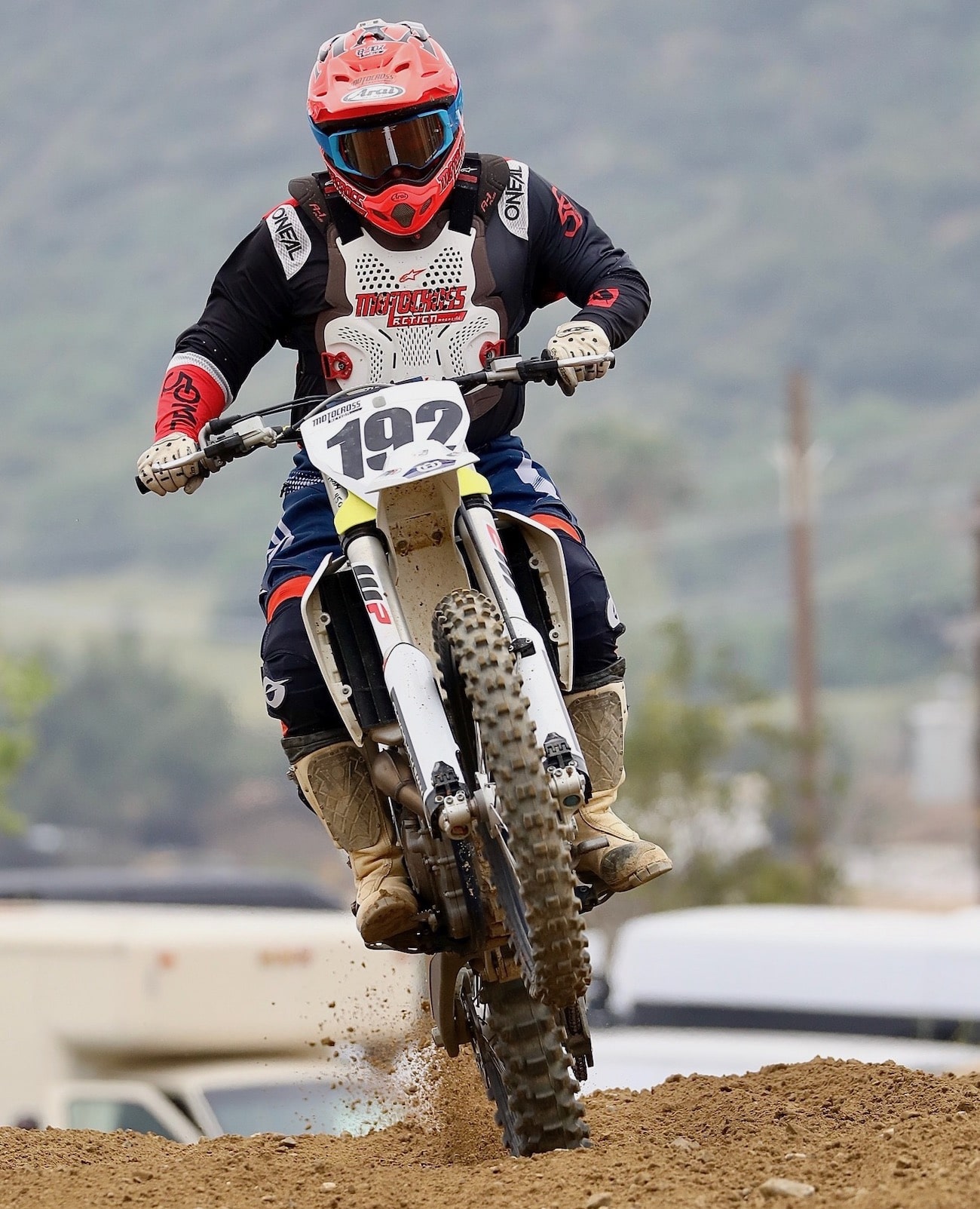 Consider this a diatribe. After all, it’s not out of character for motocross racers to whine. It comes with the territory: like callouses on your thumb, a slight limp and a shiny spot on your elbow (that never fully healed from being taken out back in 2002). And while I like to consider myself a progressive guy, I’ve had it with technology for technology’s sake.

I wasn’t always this way. Forty years ago, Preston Petty came to me and said, “Water-cooled motorcycles are not progress. You shouldn’t be so willing to embrace them. They will not change racing one iota over an air-cooled bike, but they will raise the cost and complexity of the machine. That is not improvement, just a lateral arabesque.”

I admired Preston, but I laughed at him that day. How could water-cooling not be a step up the technical ladder? Now, I’ve changed my mind about the promise of an iFuture. I don’tsee it anymore. More accurately, I don’t buy it anymore.

Take cell phones. Please. Do I need to know that Lovely Louella is stuck in traffic every time she’s stuck in traffic? We live in Los Angeles—just call me when you’re not stuck in traffic. Ten years ago, when a phone rang it actually rang instead of playing “Right Said Fred.” And, when it rang, we answered it because it might be something important. Now, when our cell phones go off, not only will it not be important, but more than likely the call will break its connection two or three times. I admire people who have given up their land lines and gone all-cellular. They can’t make any phone calls, but their phones take lovely photos.

THERE IS NOTHING MORE INSULAR, NON-COMMUNICATIVE OR ANTISOCIAL THAN A 16-YEAR-OLD WITH EAR BUDS. BUT, IF I HAD A SOUNDTRACK IT WOULD BE TEX RITTER SINGING “HIGH NOON.” The current music fever is ridiculous. You’d think that ear buds were the most revolutionary invention since Edison’s light bulb, but, in truth, it’s just an old-fashioned Sony Walkman with more songs. Has our society seen so many Hollywood movies that we can’t exist without a personal soundtrack playing in the background? There is nothing more insular, non-communicative or antisocial than a 16-year-old with ear buds. But, if I had a soundtrack it would be Tex Ritter singing “High Noon.”

I truly wish I was computer illiterate. I could live happily ever after with a Number 2 pencil and a notepad. What would I miss if I never laid eyes on a computer? Two things: (1) Reading the inaccurate opinions of the great unwashed masses on subjects that they know little or nothing about (and they don’t even get the joy of hearing themselves act like buffoons). (2) That video of the fat kid in Iowa who dances in his bedroom.

Cable TV is quickly germinating into HD TV, digital TV, plasma screens, LCD, Hulu and, most importantly, TV shows that can be streamed directly to the same cell phone screen that you can barely read when it just showed phone numbers. My cable company offers 500 channels. That’s awesome. Now I’ll never miss a “Will and Grace” rerun.

I’m embarrassed when I hear a professional motocross racer talk about his Instagram page. Isn’t Instagram for 16-year-old girls? I don’t want to know that much about anyone on the planet—at least not the most vapid details. Personal privacy is a victim of modern gadgetry, made all the worse by voluntary pandering. It’s not for me. I’m willing to bet that even the most loyal readers of Jody’s Box know little or nothing about my life. Certainly not from my nonexistant Facebook, Instagram or Twitter feeds. Thankfully.

The other day I had to run over to Pro Circuit to pick up a pipe. My truck required me to click a hideously expensive key fob to get the doors open, at 9 mph all four doors locked by themselves, a neon-bright navigation screen came on and demanded that I agree to abide by a 1000 word legal document before it would work, a buzzer sounded every 15 seconds to remind me that my seat belt wasn’t fastened, a dashboard screen printed out that the truck’s oil life was 60 percent, and when I tried to brake-slide into Mitch’s parking lot, the ABS brakes and Stability Control kicked into make my arrival seem like my Grandma was driving the truck. Worst of all, the doors were still locked when I tried to get out.

Is all of this progress? Is it really revolutionary when devices don’t change the way we live in any substantial way? Aren’t all these inventions just cluttering up life? 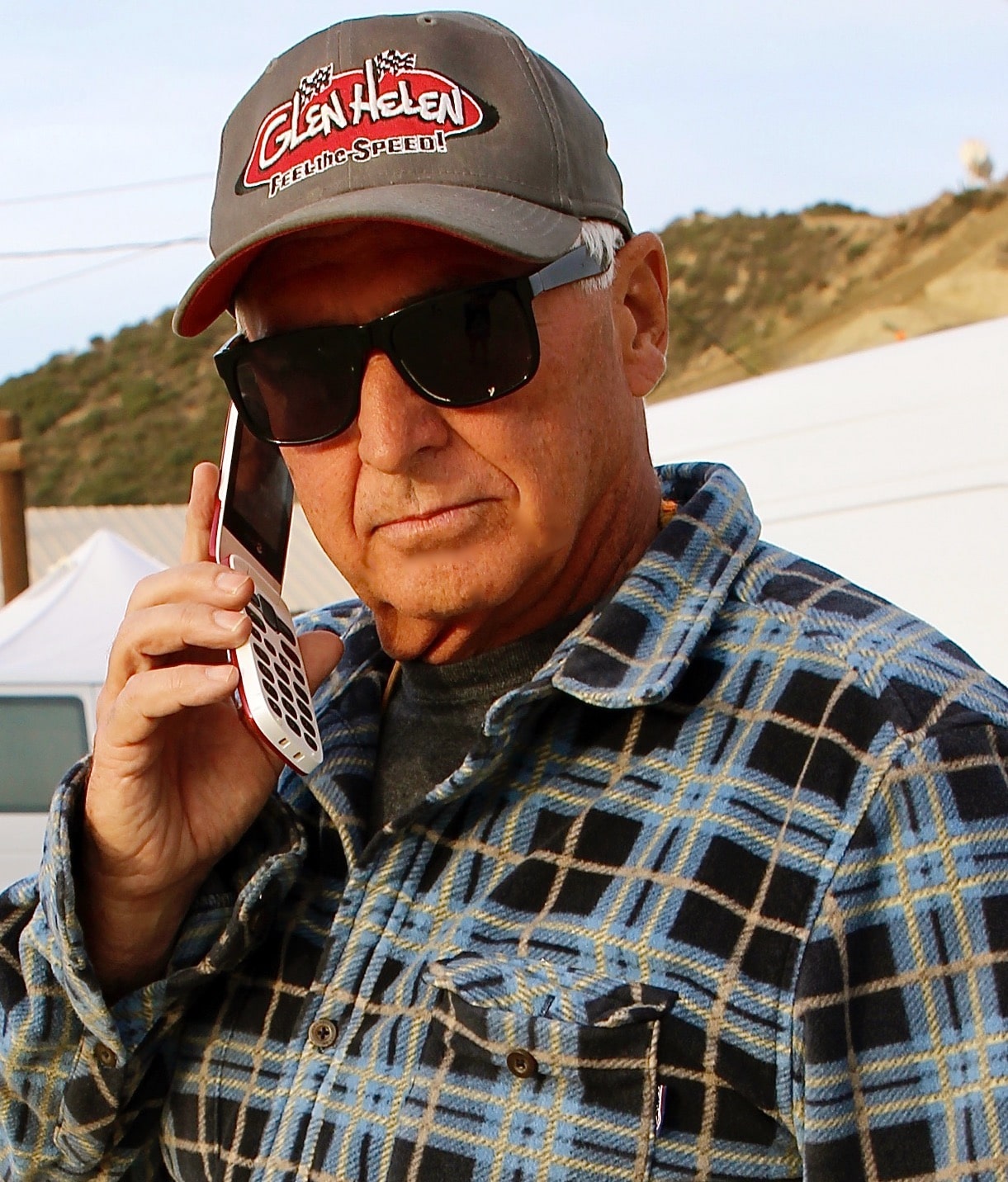 Which leads me to the four-stroke motorcycle. It’s no secret that I am a fan of the two-stroke. The success of the modern four-strokes has not changed the way we live, ride or race. It wasn’t a watermark event in racing history. The races we engage in aren’t any different on a four-stroke than they were on a two-stroke. The four-stroke didn’t fix a problem that was broken or introduce innovative solutions toperplexing enigmas. Quite the contrary. Boiled down to its barest essence, a four-stroke does, with twice the displacement, twice the cost, twice the parts and twice the complexity, exactly what a two-stroke did with a machine that was 20 pounds lighter and $2000 cheaper.

If I race a CRF450 versus a YZ250, I don’t go any faster on either one (or maybe it is more accurate to say that I don’t go any slower on either one). If I’m destined to finish seventh—I will finish seventh whether I ride a 125, 250F, 250 or 450F. And while there are advantages to riding a 450cc four-stroke over a 250 two-stroke—what do I care? I race motorcycles for fun. If I wanted to win, I’d train, practice the things I’m bad at, take steroids, eat right and cheat. I’d rather love what I do, even though it is my work, than work at what I do and not love it.

Of course, you aren’t me, and my congressional bill requiring you to be me didn’t get out of committee this session. But, I’m worried about the future you’s and me’s. Young kids who will from this day forth have to pay a much higher entry fee to get started in motocross. While motorcycle racing hasn’t changed with the advent of the four-stroke, the cost factors have. And, since all sport is fueled by discretionary income, sooner or later, the pool of future racers will be reduced to the haves at the expense of the have-nots.

Which makes Preston Petty into more of a genius than he already was. I laughed at him 27 years ago. Now I am him!

MXA TECH SPEC: WHAT YOU DON’T KNOW ABOUT YOUR HANDLEBARS