FB Mondial was born under the impulse of the Boselli brothers Luigi, Carlo, Ettore and Ada. FB stands for “Fratelli Boselli” (English: Boselli Brothers). The father of the entrepreneurial brothers was Giuseppe Boselli, a well-respected pilot and co-owner of GD, a legendary motorcycle company from Bologna.

Initially, a workshop was opened for sales and service of GD models, but within a few months, it soon became clear that there was a market demand for a cheap and robust motorbike. During his years as a competitive motorcyclist, Count Giuseppe Boselli had met Oreste Drusiani, a well-known engine builder and the pair struck a deal. It was in Oreste’s farm in Bologna that FB established its first production site, dedicating itself to the construction of motorbikes. 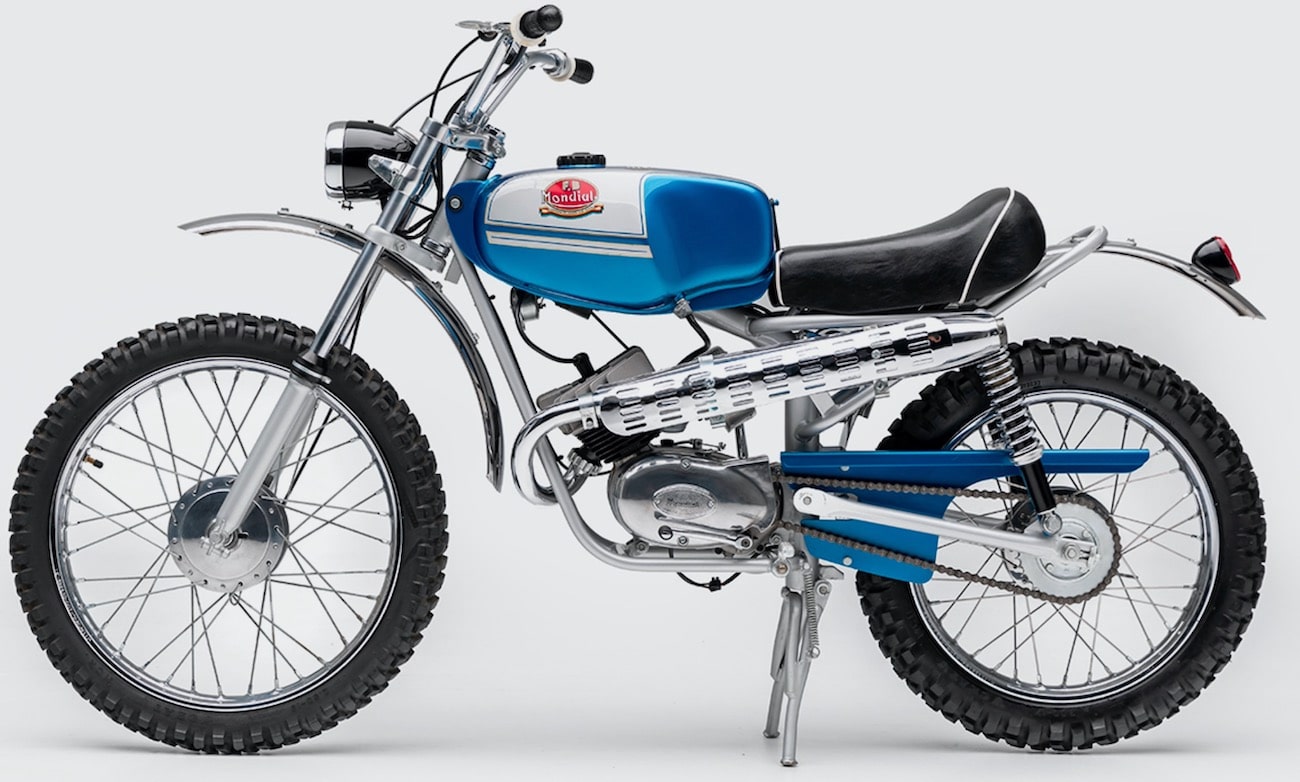 After steady success in their early years, in 1943 FB decided to expand their production capability and buy modern machinery to increase production. Unfortunately they could not put their plan into practice, as on July 24, 1943, a heavy allied bombing raid struck the Bologna railway station and its surroundings area, shaking the farm. The machinery survived, but was commandeered by the Italian military to aid in the war effort, putting production on hold for the duration of the war.

After the 1957 Grand Prix season, many major Italian motorcycle manufacturers including Gilera, Moto Guzzi, and MV Agusta announced that they would pull out of Grand Prix competition, citing increasing costs and diminishing sales (MV Agusta later reconsidered and continued racing). Mondial, despite their continued success, decide to join the strike. This marked the beginning of a decline in the popularity and sales for the Italian company, and in 1960, the last all-Mondial motorcycle left the factory. After this, Mondial continued for a while, purchasing engines from proprietary makers. The enormous popularity of off-road racing in the 1950s and ’60s gave rise to the street scrambler genre: street-legal motorcycles with dirt bike style. Most were never intended for dirt competition, but were very chic, especially those from Italy. FB Mondial built the gem-like Cross series of enduros, with their own engine, proper racing suspension, painted in brilliant metal flake colors. They were the ultimate in stylish learner bikes.

The Mondial 48 Cross V4 didn’t hark back to the great days of Mondial at this stage, instead these bikes were built to make money. One of the best known of these boy racers was the 1971 Mondial 48 Cross V4. It was a 48cc, single-cylinder, two-stroke, four-speed, 114-pound, learner’s bike with a 25 mph top speed. In this hybrid form, motorcycles with Mondial frames and ancillary parts, but non-Mondial engines, were produced by the factory for the next 19 years. However, Mondial stopped production in its entirety in 1979, until their rebirth nearly twenty years later.