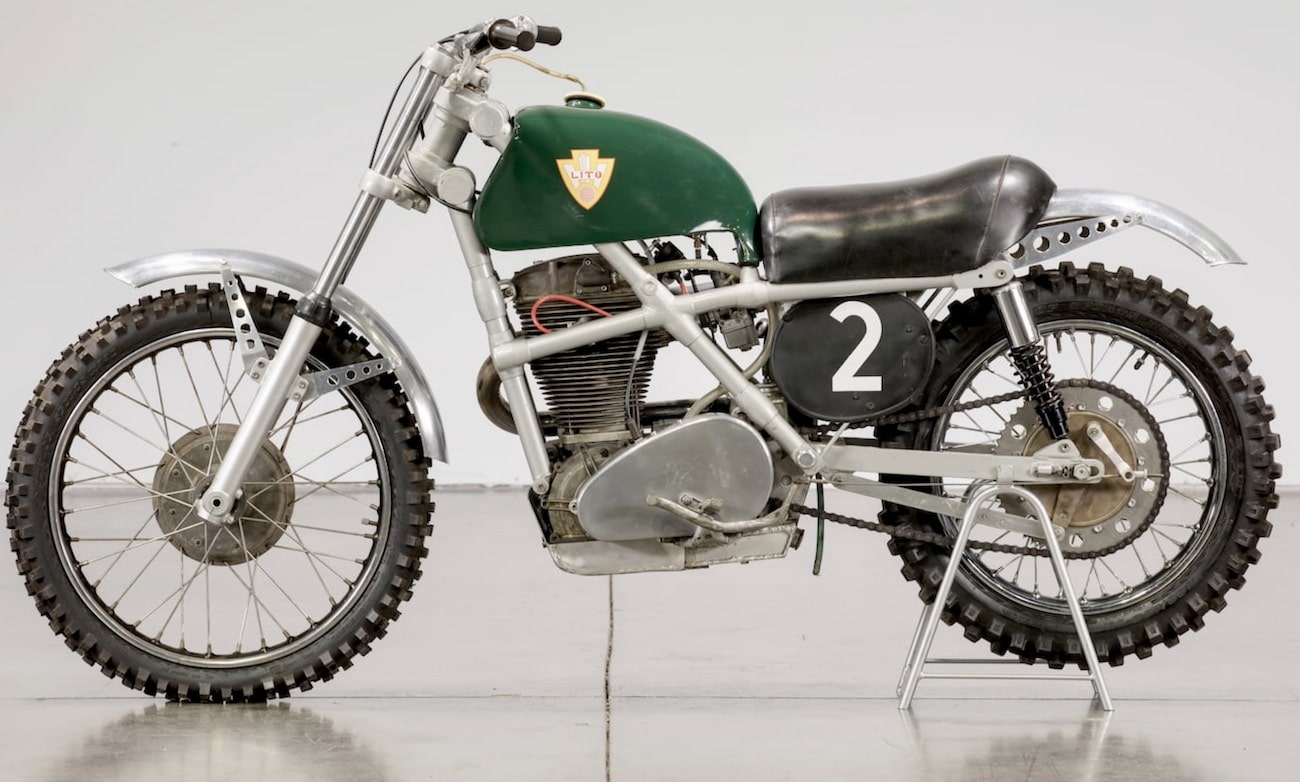 The Lito X-Cam was first shown to the public at the 1966 Earl’s Court show in London. Lito owner Kaj Bornebusch ran a very large printing business and the motorcycle brand got its name from the lithographs that the printing firm produced. Lito was a tiny Swedish motorcycle firm, but, with star Sten Lundin, Lito won the 1961 World Championship, took third in 1962, second in 1963 and third in 1964. He also won the overall at the Motocross des Nations in 1963. Lundin was also the 1959 FIM 500 World Champion on a Monark 500—which through a series of amazing events became the foundation of the Lito brand in 1961.

During this time in motocross history Monark, Lito and Husqvarna dominated the sport with their 500cc Albin-powered works bikes. These were the first true works bikes of the sport and the numbers made were miniscule. To learn everything there is to know about these 500cc  beast and the men who rode them Click Here.

Total production at Lito was only 35 machines, built between 1961 and 1965. After the 1965 season, Lito quit racing because the classic four-strokes that had dominated for so long were no longer competitive against the new breed of two-strokes. 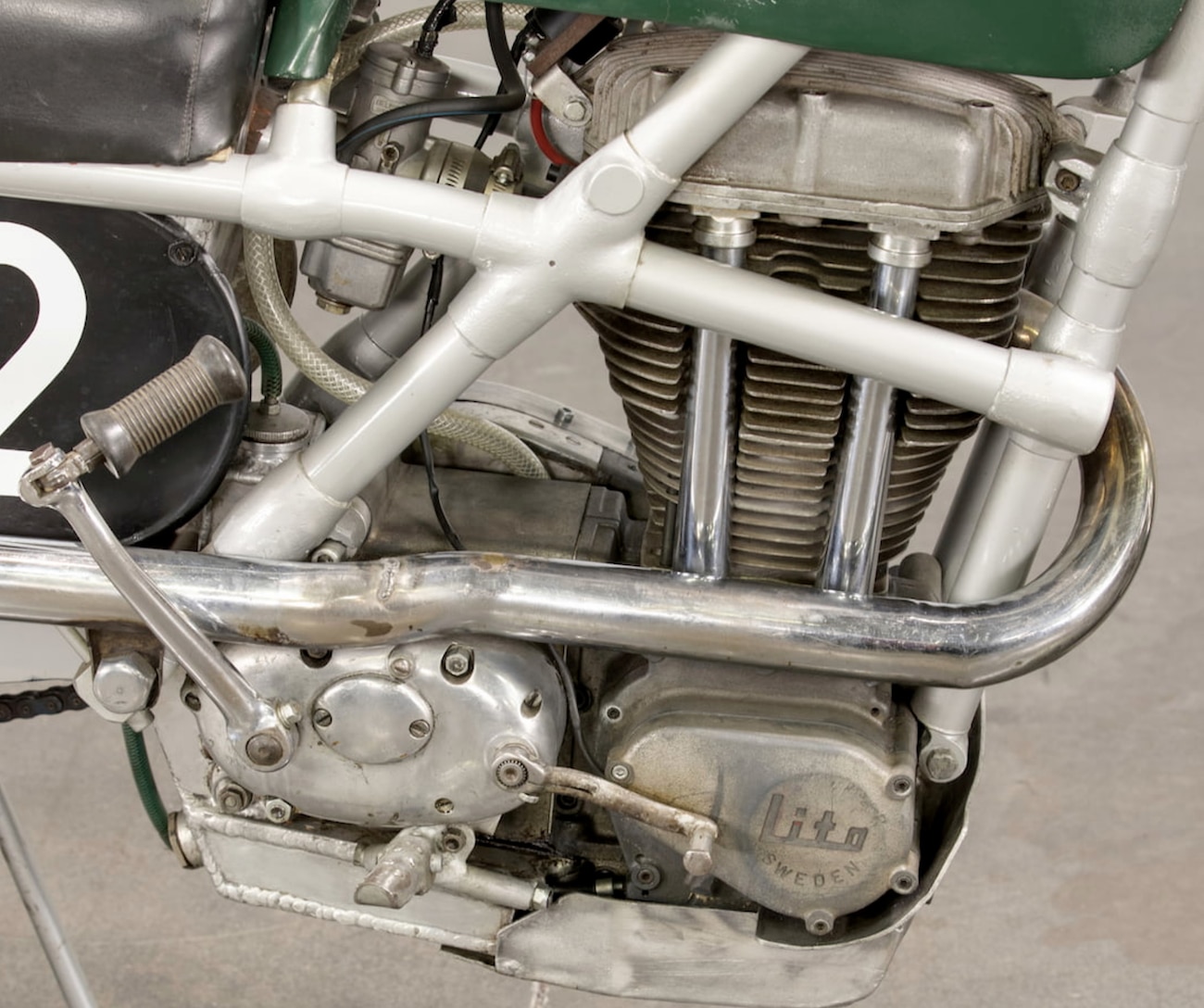 When Kaj Bornebusch was approached by famous motorcycle designer Folke Mannerstedt with a totally new idea for a motocross bike based on his X-Cam engine design, the Lito owner couldn’t resist. Mannerstedt’s “no-cam” engine used an eccentric timing gear with two rods connected to rocker arms that rubbed on a second set of rockers controlling the valves. Husqvarna actually won several 500cc Road Race Grand Prix using the X-Cam motor in 1934 before it quit racing for the 1935 season. It was Mannerstedt’s Albin designed engines that powered the World Motocross Championship Monark and Lito racers of 1960s—but they were not X-Cam engines. 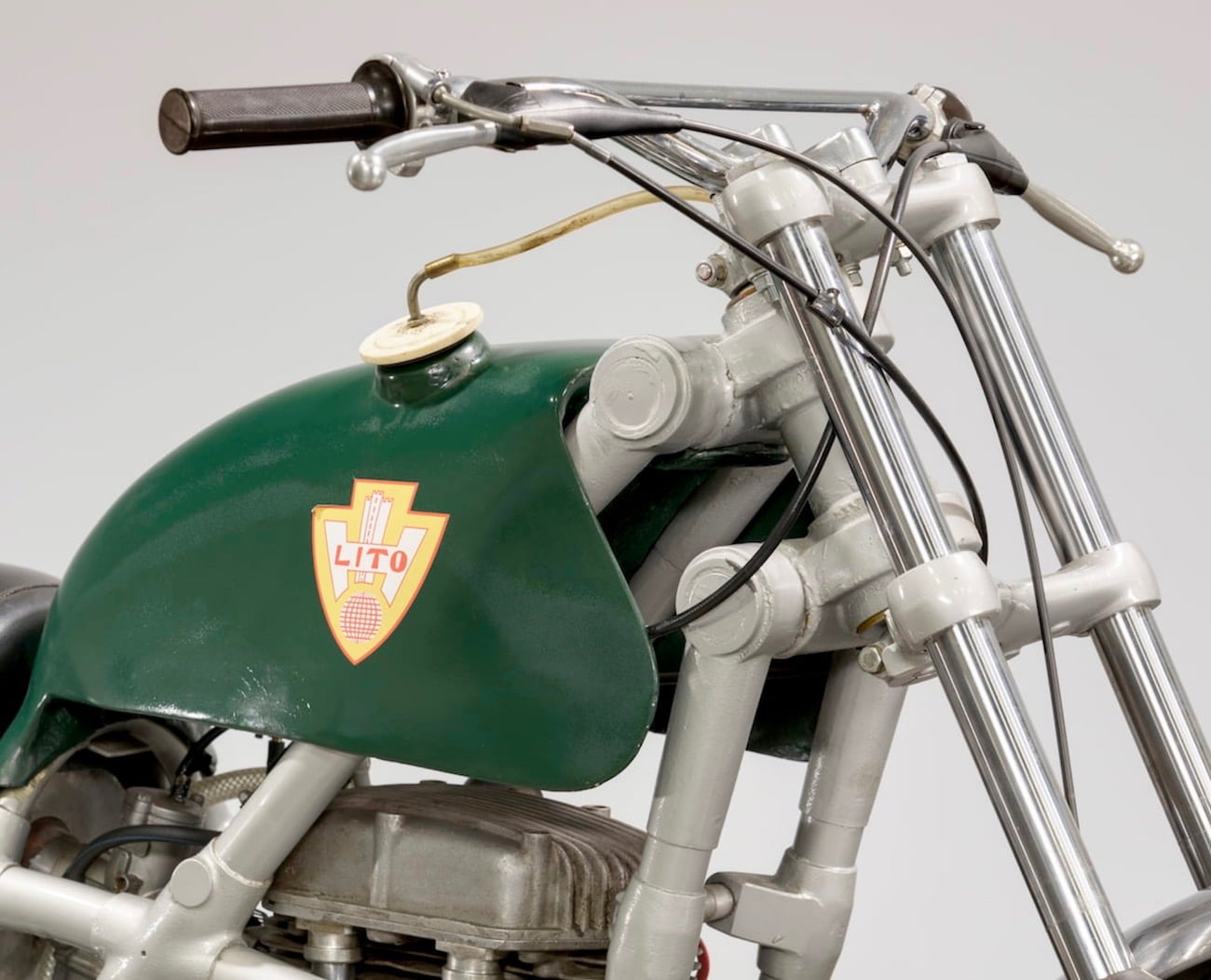 Mannerstedt didn’t just offer Lito the X-Cam engine, but he had designed a chassis developed around aircraft technology. It was made in aluminum, partially glued-and-screw together and was incredibly light. Mannerstedt redesigned the Albin engine to accept the X-Cam system in 1963, by replacing the timing gear, cylinder and head with a new design. There was no flywheel on the crankshaft, but the clutch on the end of the main shaft acted as a flywheel weight. X-Cam engine produced a claimed 50 Horsepower, but lacked low-end power.

The Lito X-Cam bike weighed 220 pounds, during an era where the big four-stroke singles of the day pushed 300 pounds. Lito put Swedish rider Staffan Bergman on the bike, but it was unreliable. At the same time, Kaj Bornebusch put Lito into liquidation to stop the financial losses. 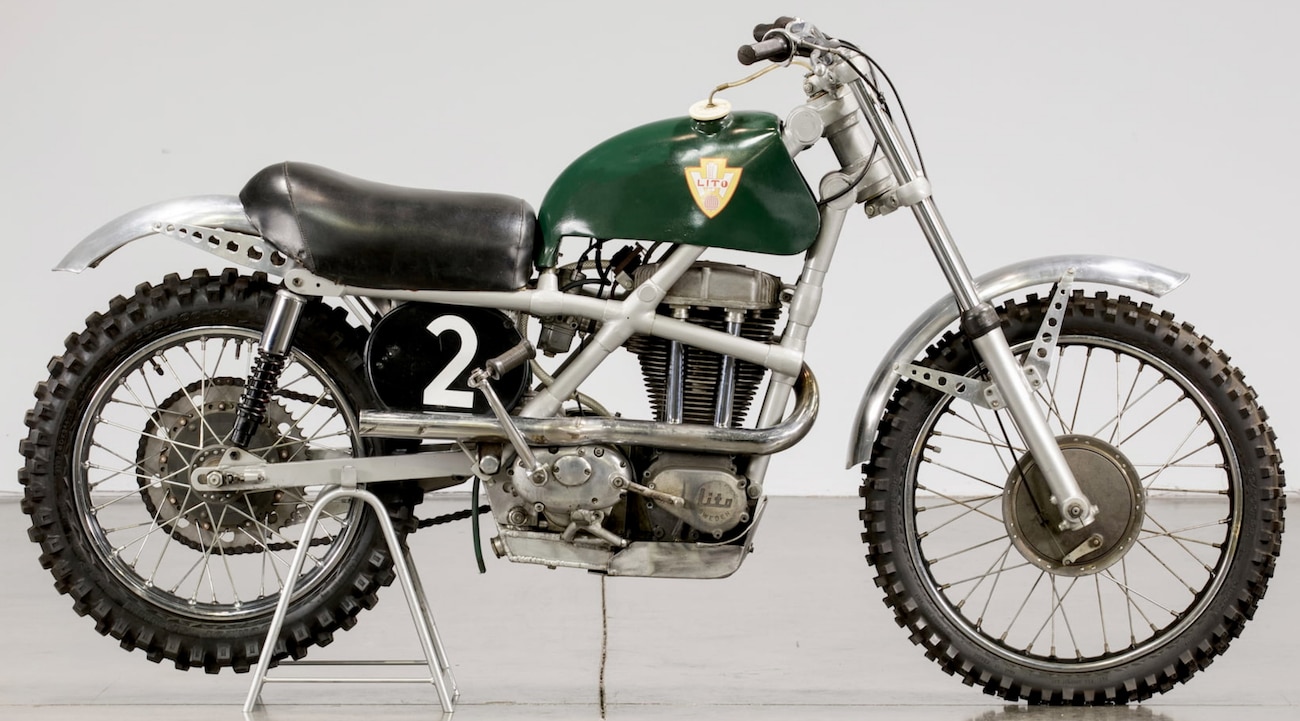 Because there were so few Litos ever made, and the newest ones, the X-Cams, of which there were only two built and they were made over 50 years ago, they are extremely valuable. How valuable? In January of 2019 this 1966 Lito X-Cam sold for $143,000 at the Mecums Las Vegas Motorcycle Auction.