The 1968 Flink 250X is very rare. Less than 20 were made and only six are accounted for today. Photos: Lindstrom-MX

In 1955 when Husqvarna released their 175cc Silverpilen, Gustav Flink started making parts to turn the little Swedish street bike into a motocross machine. He machined special full-circle cranks, high-compression cylinder heads, manifolds to accept Bing, Amal or Dellorto carbs and, eventually, built his own square-barrel, 250cc cylinder and head for the Silverpilen engine. The basic diagram of the Flink 250X. 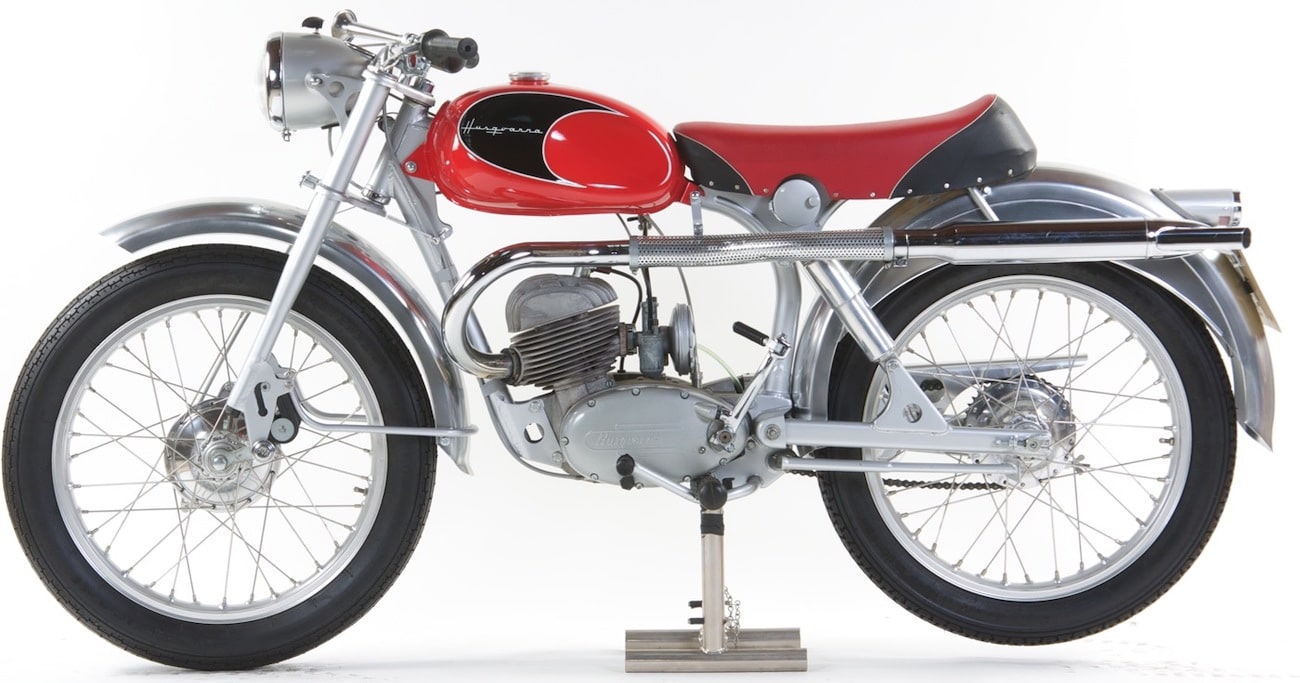 When Husqvarna introduced the 175cc Silverpilen in 1955, Swedish young men were drawn to its lightweight and racy-looks (much as American teenagers were draw to the affordable Hodaka Ace 100 a decade later). The 9.5 horsepower machine was the perfect starting point for wanna-be motocross racers and Gustav Flink was ready to build the parts to make this little bike into the machine that spawned Swedish greatest generation of Grand Prix stars. The Flink 250X engine had a 69.5mm by 64.5mm bore and stroke, five-speed transmission, 32mm Bing carb, the clutch was mounted on the crankshaft and the head pipe came out of the cylinder and went into the lower portion of the frame (which doubled as the expansion chamber).

Naturally, that led him in 1967, after four years of R&D, he built the first Flink 250X. It was way ahead of its time. It was very light and narrow. The gas tank and airbox were part of the frame, as was the exhaust pipe. The lower portion of the frame was the expansion chamber and even the footpegs were hollow to be used as part of the pipe. The first two Flink 250Xs had steel frames, but the following units were all aluminum alloy. Leif Norberg designed the alloy chassis and believes that no more than 20 bikes and some additional engines were ever produced. Unfortunately Gustav Flink died of cancer in 1972 at 52 years of age. While Gustav’s death ended the Flink motorcycle factory—the remaining 250X bikes and his original Silverpilen parts are collectors items.