The early 1980 Anvian 125 and 250 bikes were clean looking with Betor suspension and Moto Villa engines.

Anvian motorcycles were made in Rubi, Spain (15 kilometers from Barcelona), and actually lived two lives. The original Anvian was a partnership was between three owners (Pedro Rios, Antonio Sanchez and Emilio Perez). The name Anvian is based on the first syllables of their wives first names. The machines used Moto Villa 125 and 250 engines. It is no secret that they copied the Suzuki RM125s and RM250s of the era—except in green and yellow. This 1983 Anvian prototype not only looked like a Suzuki, but it had Spanish-clone full floater rear suspension and a Suzuki engine (obviously without a carb or airboot). We doubt that they sold any production bikes with Suzuki engines, but probably built it for testing against the Tau 125 engine.

The original Anvian brand only last three years (1980-1982), before it was reformed as as Anvian Romero Motos—which was shortened to the acronym ARM. Reportedly, Anvian owed Jesus Romero—who had done work for the brands—money. It is unclear if Romero bought out the Anvian partners or took the company in lieu of payment. Either way, Anvian was moved from Rubi to a factory in Sant Adria de Besos, 10 kilometers from downtown Barcelona, on the Mediterranean coast. 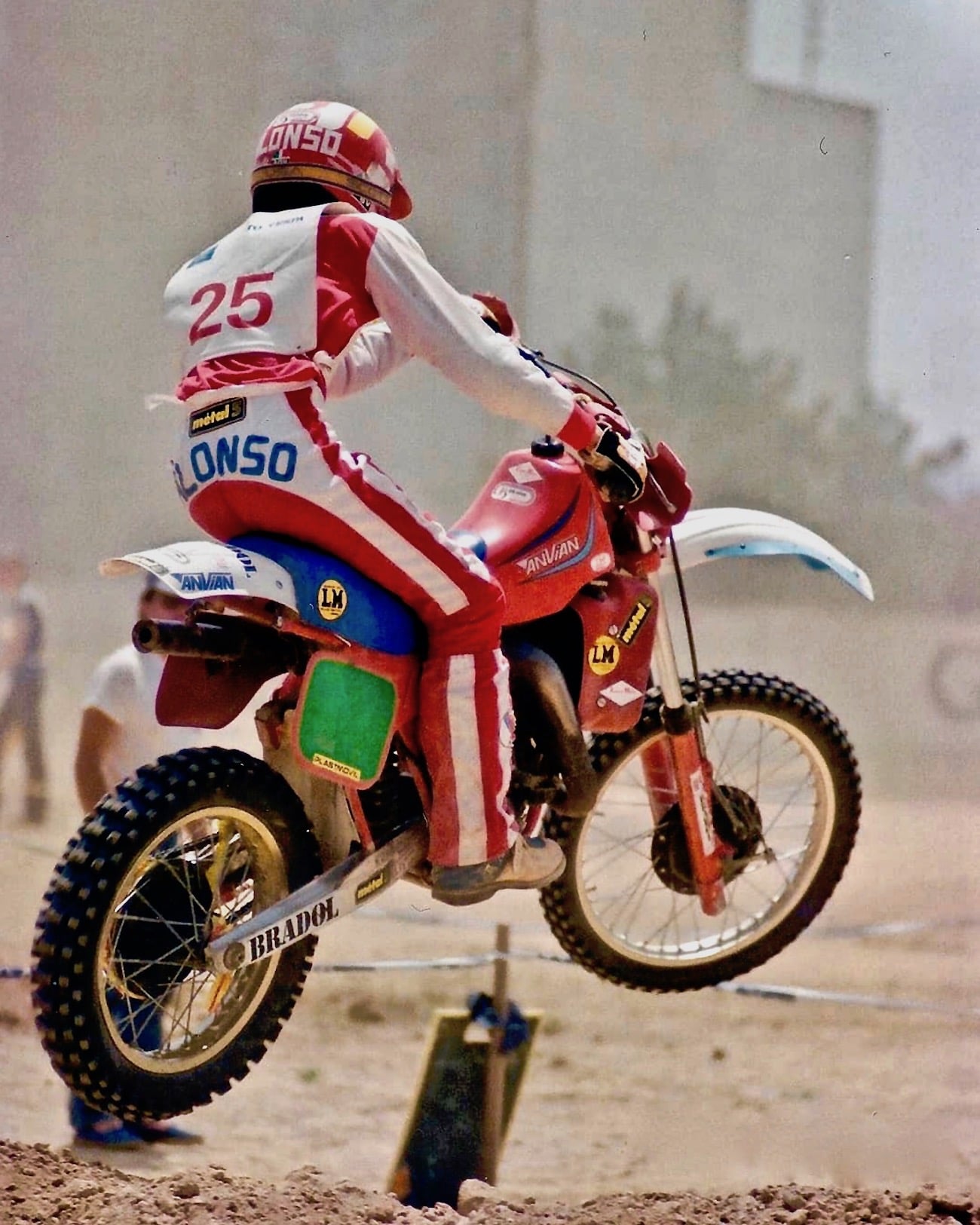 Joseph Alonzo was a factory-sponsored Anvian rider just before they changed their name to ARM.

ARM not only kept their affinity for Suzuki RM’s, but the new bikes copied Suzuki’s Full Floater rear suspension, only with a Corte Cossa rear shock. ARM dropped the Moto Villa engines for water-cooled Italian-made Tau 125 engines—however, there were ARM’s with Suzuki engines. ARM also dropped the green and yellow motif for red gas tanks and radiator shrouds. 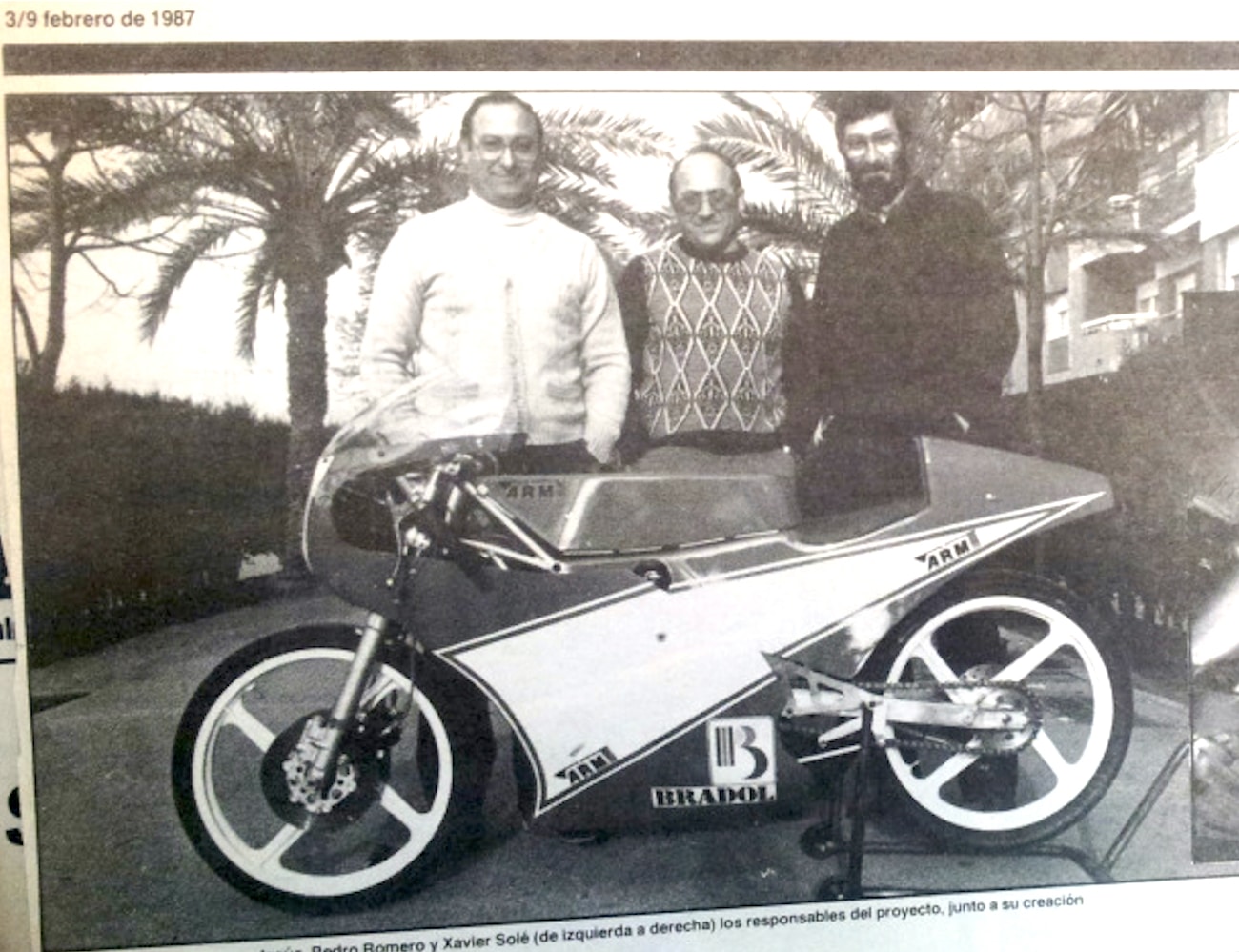 This faded 1987 newspaper clipping is all we could find of the ARM-125 HR3 road racer.

They kept road racing, but with different brands and engines. Since then, there have been no more Anvian Romero Motos (ARM) machines and Jesus Romero is currently involved in the restoration and preparation of Bultacos from his Sant Adrià de Besòs shop.