Justin Barcia only qualified 11th. He did finish second place in the first moto. Tony Cairoli is the only gatekeeper to Tim Gajser’s win. Given his first moto, Gajser may win the championship in North Carolina. Adam Cianciarulo qualified second but finished last in the first moto. He would not race the second moto. Austin Forkners chops were tested at Charlotte. He qualified first and finished 3-2 in the MX2 250 class. 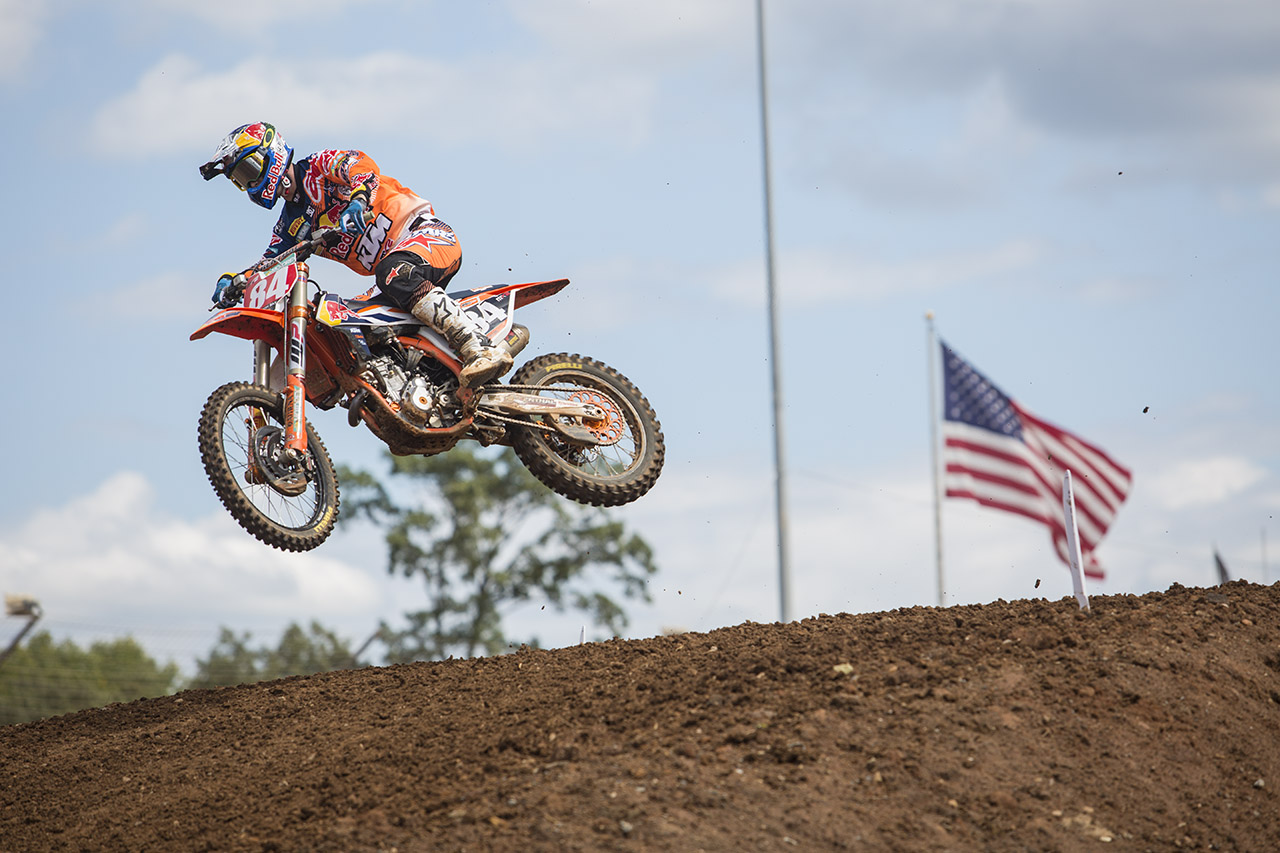 Jeffrey Herlings isn’t letting up the hammer. He beat our Cooper Webb on his home turf in the first moto. Jeremy Seewer is sixth in the championship. Eli Tomac dominated the practice and the first moto. Cooper Webb doesn’t like to get beat. In the second moto he smoked Jeffrey Herlings.

Photos by our John Basher.