As a tribute to Danny “Magoo” Chandler this Japanese rider comes to the World Vet every year and runs his heroes number. He also races under the name of Chandler Sato. This year the Mount Saint Helen downhill was extended with more runout at the bottom. It did lessen the braking bumps in the middle of a the hill (a little). Here, Travis Preston (11) gaps his chasers on the high-speed 20-story drop. Gordon Ward squeezes his foot between his fork leg and the edge of the rut. This is a rare photo of Gordon because it is one of the few where his throttle isn’t being held wide open. Denmark’s Brian Jorgensen (8) wanted to race the World Vet last year, but broke his hand. This year he showed up healthy and finished fifth in the Over-30 Pro class. Look closely! That is X Games and freestyle star Matt Buyten (195) in the middle of the Over-30 Pro pack. Buyten would finish 20-18 for the day. It was impressive to see Matt on the line. aFollowing Saturday’s cold and muddy day, the dirt for Sunday’s race was awesome. Dennis Stapleton (184) powers through a turn that looks like it’s made from Cocoa Puffs. How to ruin the day for two riders at the same time. Take careful note of how both of the riders have their boots tangled together underneath the fork leg. 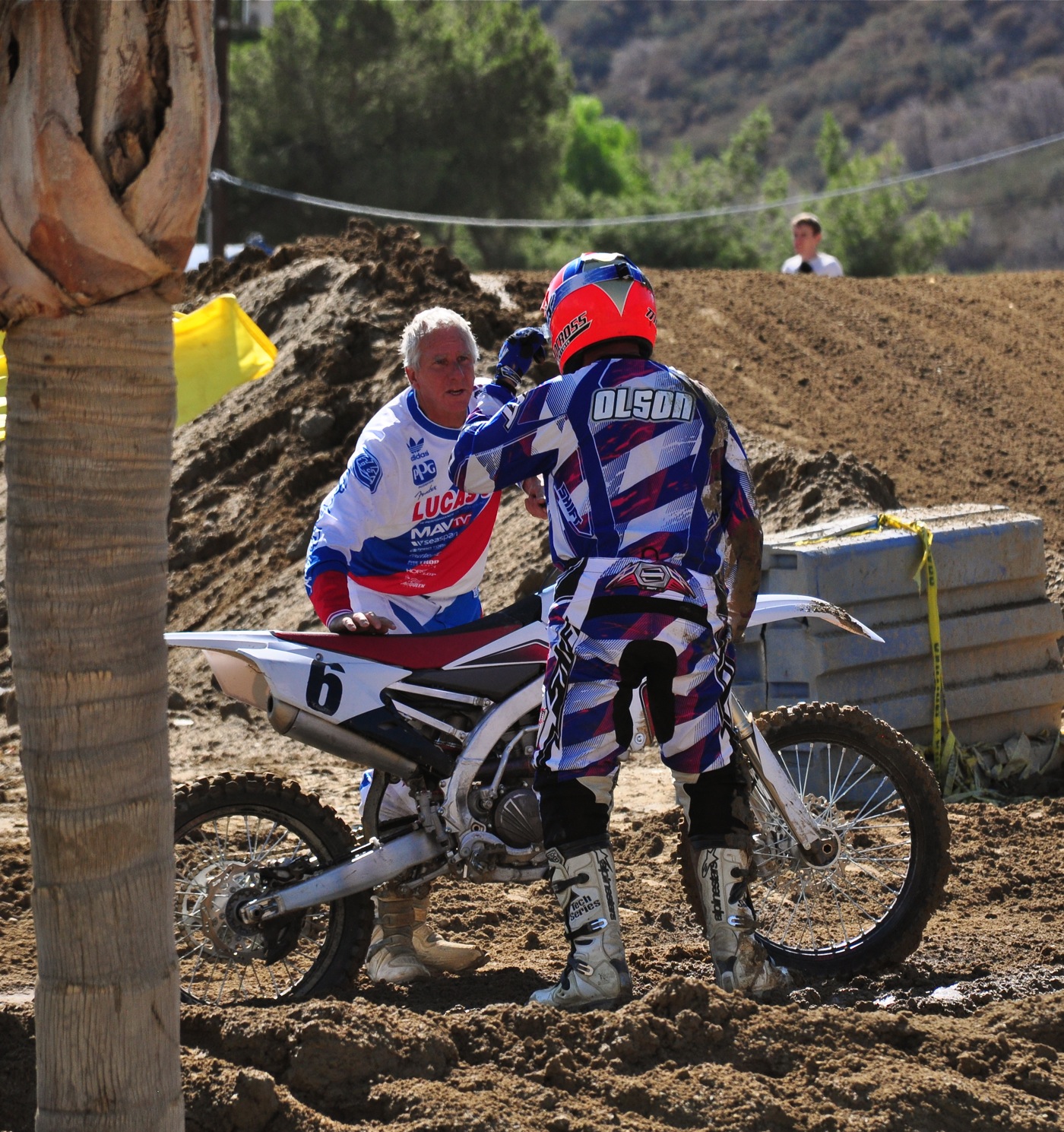 Nine-time World Vet Champion Alan Olson decided to come out of retirement when he turned 70. He wanted to add the Over-70 title to his Over-60, Over-50 and Over-40 crowns. He crashed in both motos — this time while leading moto one. He was consoled by the fact that he still has nine Championship and most people have none. He remounted both times to finished 2-2 behind Washington’s Gary Chase. Travis Preston is hot after Doug Dubach’s World Vet records. Travis notched his second World Vet crown this year, but on the same weekend Doug won two titles (Over-40 and Over-50) — which means that Travis still has 22 titles to win to catch “Dr. D.” Dane Tonni Anderson (4) was the top scoring foreign rider in the Over-30 Pro class with an 8-3 for fourth.