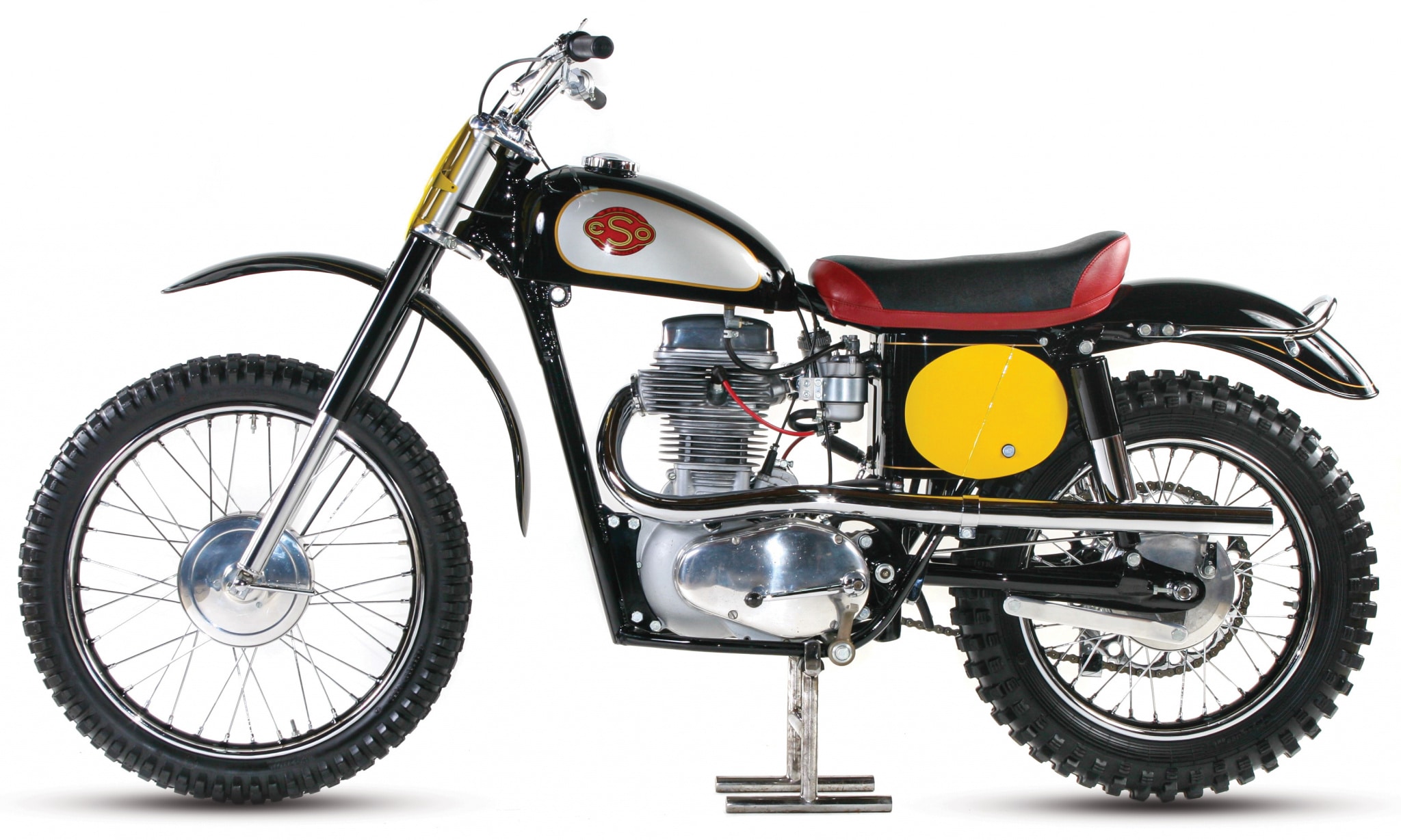 ESO motorcycles were designed by engineer Jaroslav Simandl and built in the Czechoslovakian Jawa/CZ factory. Though the ESO engine was originally designed by Simandl for speedway (and was a close copy of a British JAP engine, designed by John Alfred Prestwich), Simandl designed the S45 motocross engine on the then-new unit construction concept in 1957. Before that, he raced with JAP engines in his bikes, but the JAP engine design was 20 years old at that time. Simandl wanted to build a modern JAP because parts for the British engine were hard to get in Czechoslovakia.

Three ESO engines were available: 250cc, 350cc and 500cc. All were dry sump (using an external oil tank) and fitted with four-speed transmissions. Among the most unique features of this engine design were the straight-cut gears and the backwards-spinning crankshaft.

ESOs were always limited-production machines that ended up in the hands of the best club racers and GP riders. ESO translates into English as “Ace.” In typical Czech fashion, the ESO came with a complete spares kit that included a spare piston, clutch and carburetor components. The ESO was taller, longer and heavier than many of the British four-strokes of the era but fast for the times; however, with the long chassis, heavy gross weight and slack head angle, it was a slow responder. Better find a berm! Unfortunately, the Czech communist commissars felt that the ESO was competing too well against CZ, and by the end of the 1964 season ESO was discontinued as a brand and absorbed into the Jawa factory.

MXA’s beautiful example was restored by well-known restorer Eldon Blasco for the Early Years of Motocross Museum. Value is estimated at over $20,000. Restorable examples, if you can find them, will still cost more than $10,000.

WHEN THE PROS COME OUT TO PLAY! AMA NATIONAL MOTOCROSS PREP AT GLEN HELEN (WHERE…