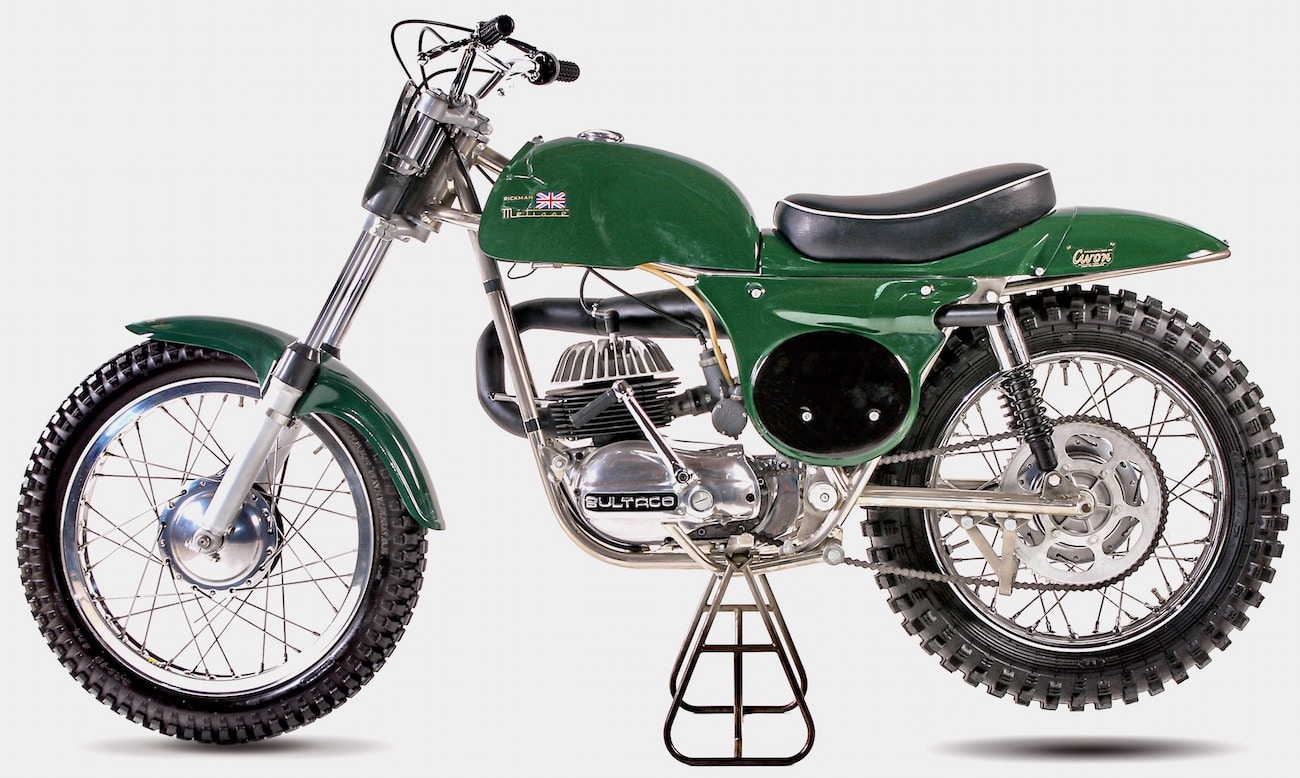 British brothers Don and Derek Rickman, as both Bultaco importers and top Grand Prix riders, helped forge the Spanish company’s growth in the early 1960s motocross market. In early 1963, Don Rickman became the only British finisher at the British 250 Grand Prix (he was third). Don’s triumph was achieved with a 196cc Bultaco engine tucked into a Rickman frame.

Don Rickman’s 1963 British Grand Prix bike would evolve by 1965 into the Rickman 250 Petite Metisse. Unlike the popular frame kits that Rickman made for Triumph, BSA and Matchless engines, the Petite Metisses were sold as complete bikes.

In order to get Bultaco to supply a limited number of engines to retrofit into the Rickman frames, the brothers had to agree to allow Bultaco to copy their frame design for production in 1966. That machine was called the Bultaco Pursang Metisse Mk1. It was a crude copy of the Rickman’s beautiful Petite Metisse. 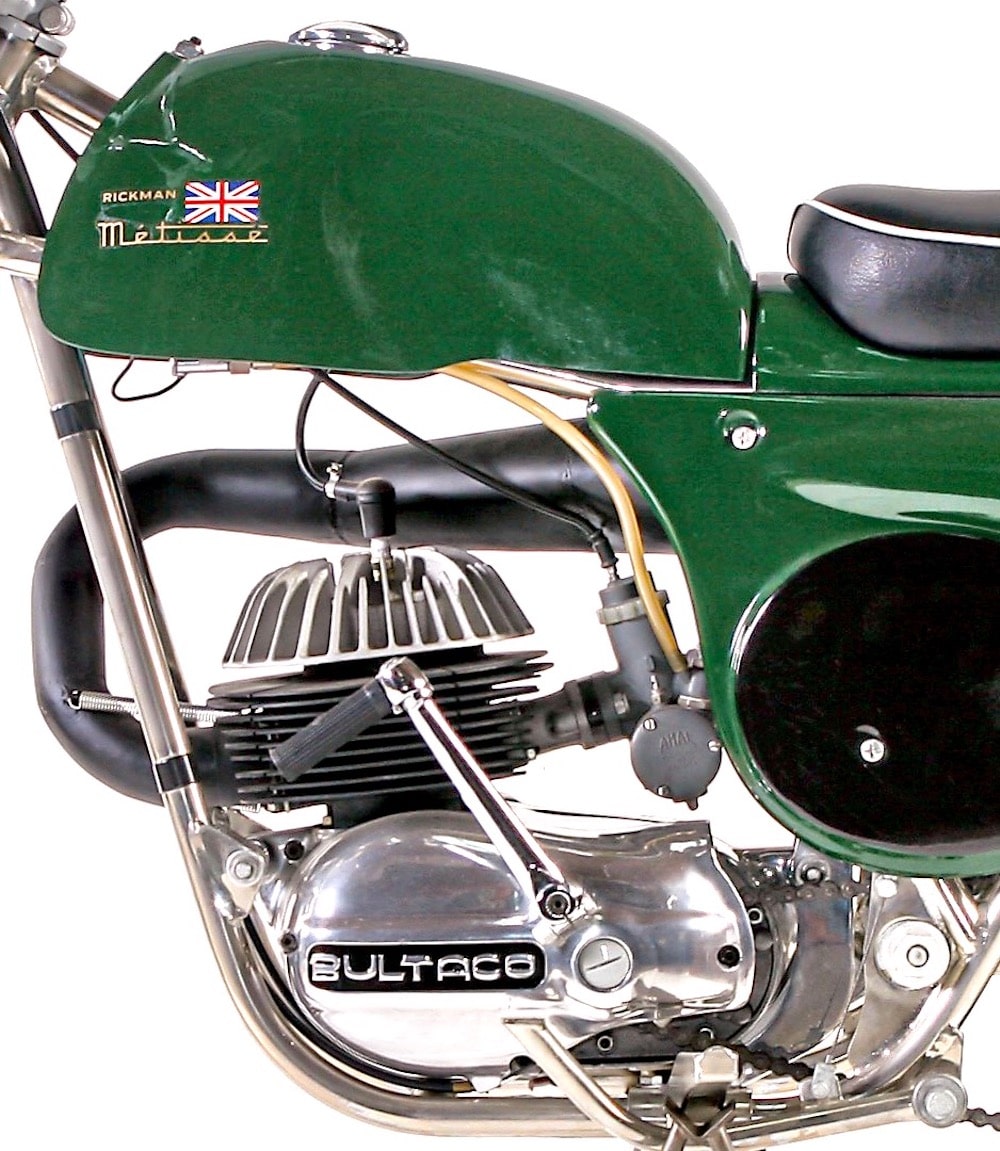 Even though the Rickman Brothers had promised Bultaco that they would not export the Petite Metisse outside of England, a “black market” quickly developed for this machine. Demand for the Rickman’s new Bultaco-powered motorcycle was strong in the USA. To cure that problem, American champion Bud Ekins and motorcycle dealer Charlie Hockie imported 24 Petite Metisses (they bypassed the Rickman and Bultaco restrictions by having the bikes shipped to the USA unassembled). The America-bound Petite Metisses (which translated into English means “small mongrel”) were unique in that they were painted British Racing Green instead of the Rickman Petite Metisse’s OEM yellow. There were only 70 English examples of the yellow Rickman Bultaco produced. 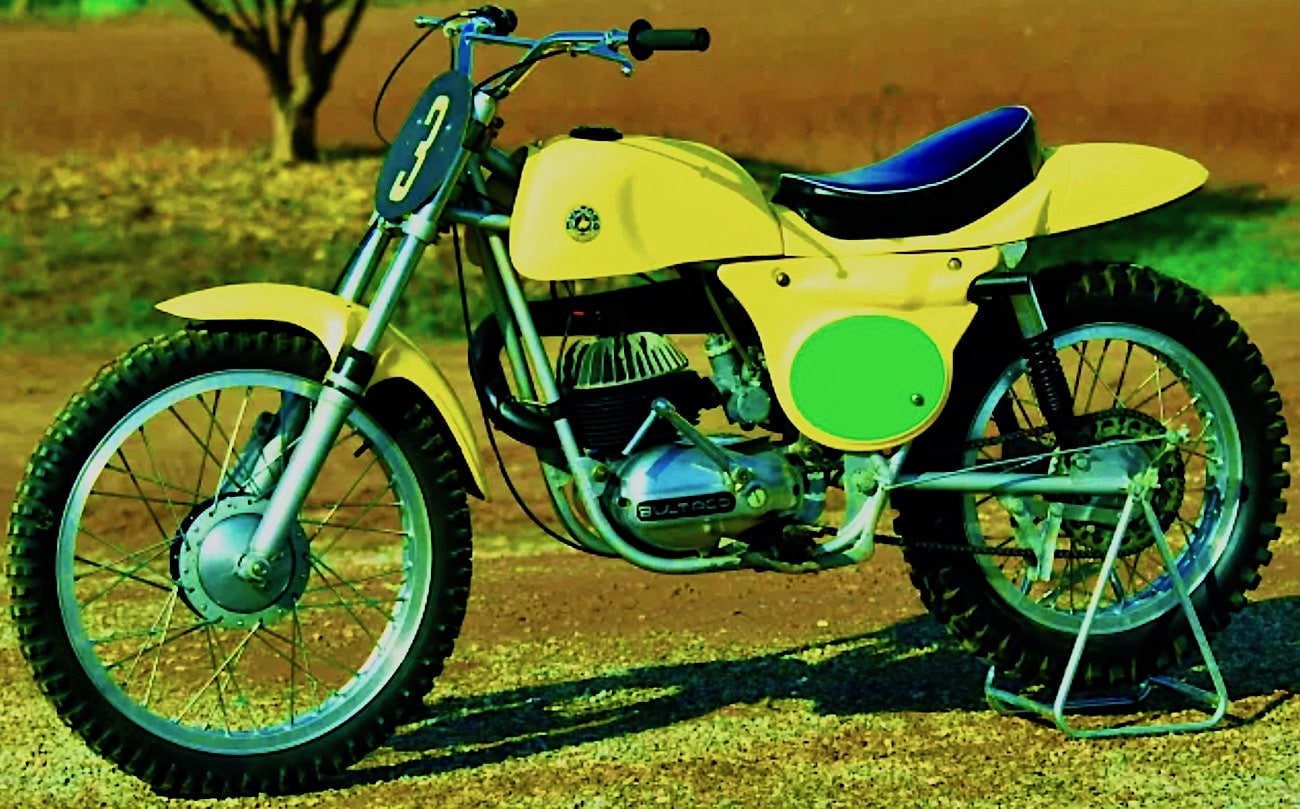 Only 70 of the yellow British versions were built, compared to the 24 British Racing green models that ended up in the USA.

The Rickman brothers’ relationship with Bultaco came to an end soon after the Pursang Metisse MK1 was introduced. According to Rickman collectors, only five of the 24 Rickman Petite Metisses that were imported into America are known to exist today; however, since it was possible to buy a Rickman frame kit and stick a Bultaco engine in it, there is a specific method to identify the 24 original Petite Metisses. A real Petite Metisse has a “B” serial number stamped across the steering head, non-folding footpegs, a Greeves rear hub, Spanish front hub and Betor fork tubes with silver painted sliders. Expect to pay in excess of $20,000 for one of them.

To fill the engine void caused by Bultaco’s refusal to sell them engines in 1966, the Rickmans forged new relationships with Zundapp and Montesa. Though there was no limit on how many Zundapp 125 and Montesa 250 bikes the companies could sell, the Japanese entry into the sport in the early ’70s limited the demand for the expensive Metisses.