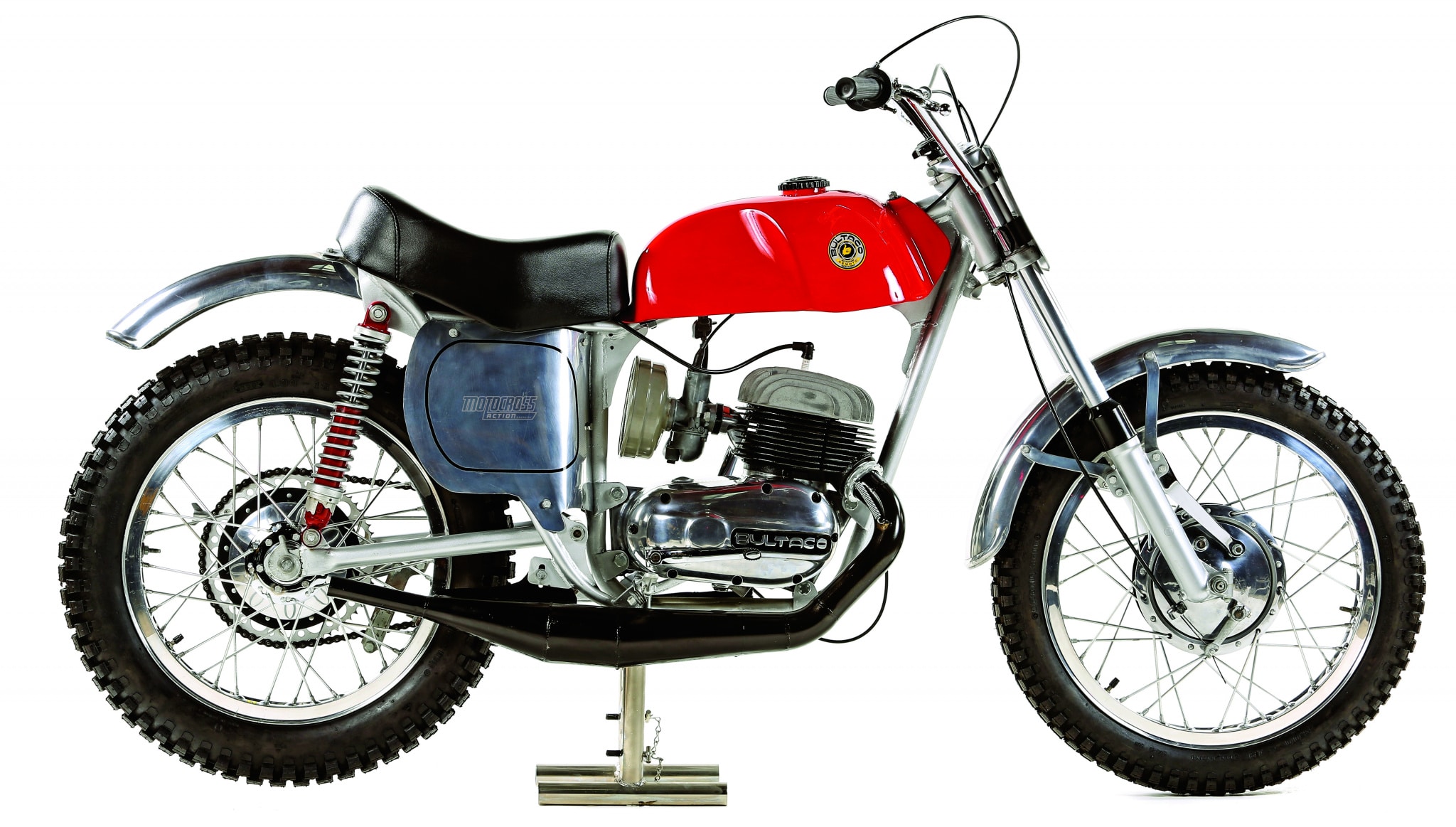 In 1959, Bultaco founder Francisco “Paco” Bulto introduced his first motorcycle, a 125cc road machine dubbed the Tralla 101 (Tralla is Spanish for “whiplash”). The 4-speed 125 was a peppy little beast, and within two months the company had entered the Spanish Road Racing Championship, with the Tralla taking seven out of the first 10 places, defeating serious competition from MV Augusta, Ducati and Bulto’s previous employer, Montesa. The result put the Bultaco name firmly on everybody’s lips and set the marque on a domestic winning streak with no equal. By the way, the brand-name Bultaco comes from the first four letters of Francisco’s last name (Bulto) and last three letters of his nickname (Paco). While road-racing success was important for publicity and street bike sales, it was offroad racing that was really dear to Paco Bulto’s heart. Thus, an offroad design was produced using the basics of the Tralla; it was christened the Bultaco Sherpa S. The Sherpa S was an immediate success in Spain, where motocross was very popular. The Sherpa S was available in 100cc, 125cc, 175cc and 200cc models. By the mid 1960s, demand for this machine was building in America, where scrambles and desert racing were popular. The best American model was the 200cc version of the Sherpa S. It had a 60mm bore by 64mm stroke. It weighed 220 pounds. At fairground flat tracks all over the land, short-track riders were discovering just how good the little Sherpa handled in sideways action. It’s as if the bike had been designed with flat track as its major purpose. The engine was strong and handled all sorts of modifications with amazing reliability. Plus, the total package was super light when compared to the other small-capacity racers of the time. The Americans loved the Sherpa S 200, which retailed for $797 (the Sherpa S 125 sold for $749).

By the early 1970s, the Sherpa S’ major competition came from another Bultaco, the Pursang. The Pursang was a full 250cc, with a longer wheelbase and more attractive fiberglass bodywork. The rise in popularity of motocross pushed the sport to 125cc and 250cc machines, and eventually the Sherpa S 200 was phased out in favor of the 125 and 250 Pursangs.